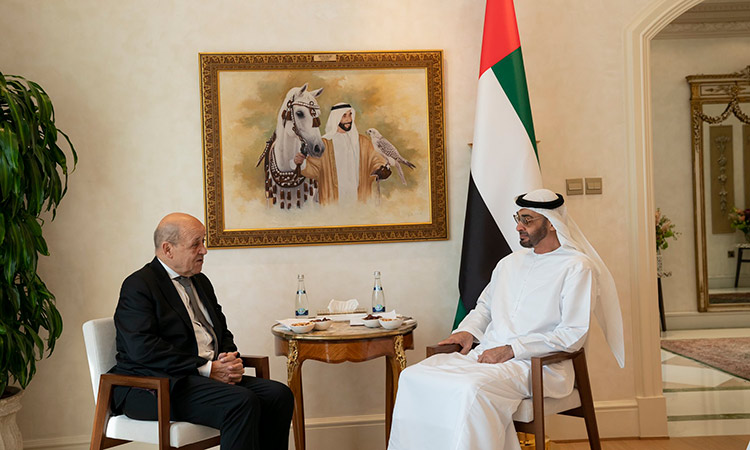 During the meeting, which took place at Sea Palace in Abu Dhabi, Sheikh Mohamed welcomed the French official, conveying his greetings and well-wishes to President Emmanuel Macron and French citizens.

The two sides held discussions on current strategic ties between the two countries, and means of enhancing them across multiple sectors. Sheikh Mohamed Bin Zayed and Le Drian also exchanged views on regional and international developments of mutual interest.

The UAE and France have been enjoying robust strategic partnership since 1971 and what have jointly been achieved ever since by the two countries are a source of pride," the country's top diplomat said at a news conference following a meeting with France's Minister of Europe and Foreign Affairs Jean-Yves Le Drian.

"It's my sincere pleasure meeting with His Excellency the French Minister a few days after our meeting in Paris," he said, adding, "Our agenda is always replete with issues and challenges."

"UAE and France are bound by longstanding strategic relations. I have a personal friendship of fellowship with the French Minister. His Excellency represents an ally for the UAE. We truly appreciate French President Macron's sincere interest in growing relations with the UAE at the official and popular levels."

He added that the UAE represents a preferred tourist and investment destination for France, a fact, which, he said, is translated by the existence of around 56 weekly flights between the two countries.

"President Macron celebrated with us the opening of Louvre Abu Dhabi in 2017. We are also delighted at the growing development at Sorbonne University-Abu Dhabi as well as INSEAD UAE Business School and the French Fashion Institute ESMOD, which all translate the robust, diverse relations between the two countries," Sheikh Abdullah added. 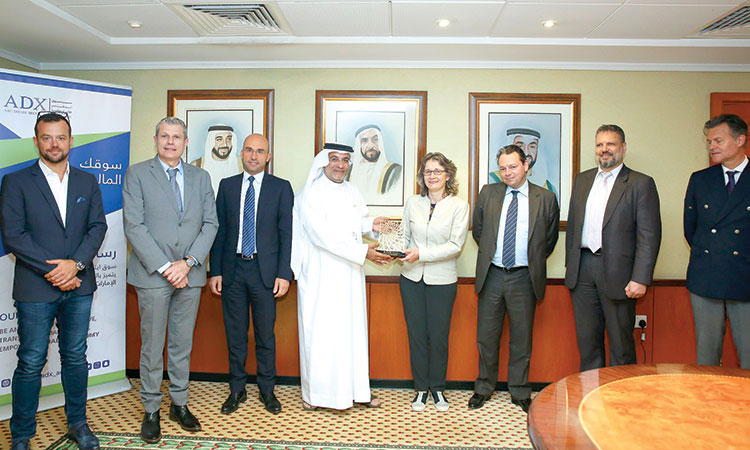 Sheikh Mohamed prayed to Allah Almighty to bestow good health on the Emir of Kuwait and to bless his country.