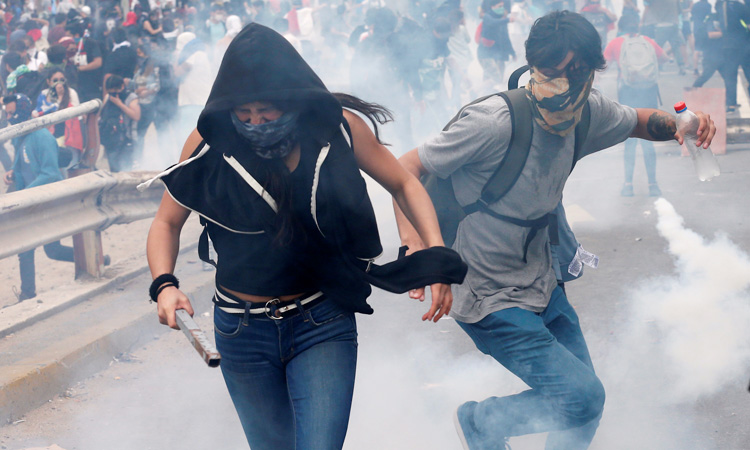 Chilean President Sebastian Pinera on Monday ended a state of emergency that lasted more than a week amid mass protests, but demonstrations continued nonetheless.

The decision to lift the decree at midnight, just two days after more than a million people took to the country’s streets demanding economic and political change, comes after the equally unpopular week-long nighttime curfews ended on Saturday.

Authorities imposed both the state of emergency and curfews last weekend after Chile was rocked by its worst civil unrest in decades. 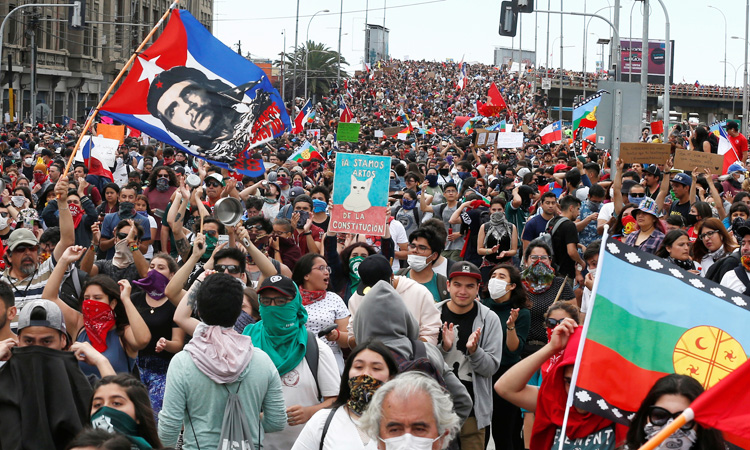 What originated as a student protest against a modest hike in metro fares quickly got out of control as demonstrations turned deadly.

A message on the presidency’s official Twitter account said the state of emergency, which had seen 20,000 soldiers and police deployed on the streets, would end “in all the regions and towns where it was established.”

This measure came a day after Pinera said he had “asked all ministers to resign in order to form a new government.” 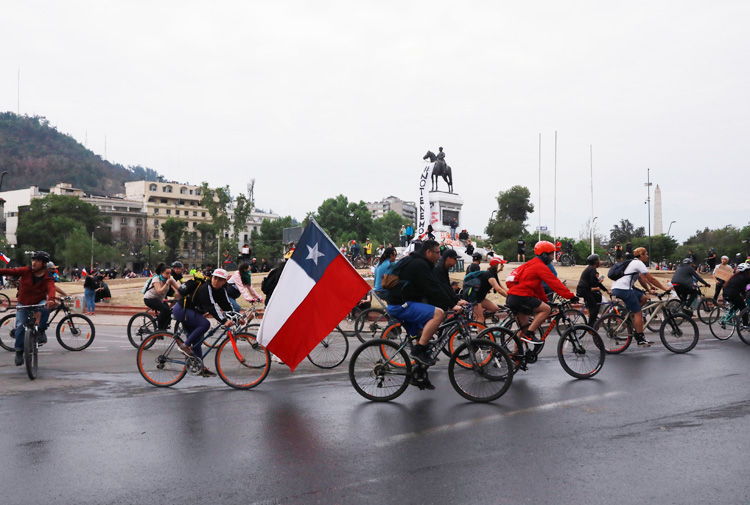 Protester riding bicycles take part in a protest past the Baquedano monument, in Santiago.

“We are in a new reality,” Pinera said on Saturday. “Chile is different from what it was a week ago.”

But demonstrations continued on Sunday as thousands of people marched to the seat of Congress in Valparaiso, 120 kilometres (75 miles) west of the capital Santiago.

“The strength of the social movement that has taken over the streets has been its... peaceful and constructive character,” said Jorge Sharp, Valparaiso’s mayor.

Some 100,000 people participated in the march, which ended in isolated clashes between demonstrators and the police, according to Sharp. 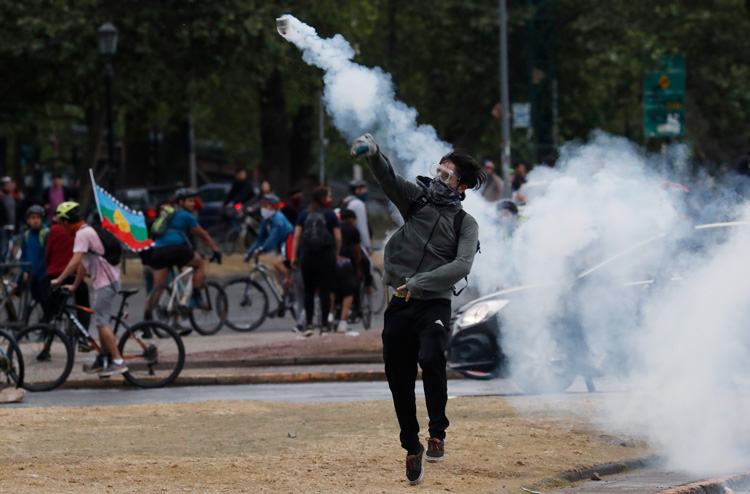 The government has been struggling to craft an effective response to the protests and a growing list of economic and political demands that include Pinera’s resignation.

A group of around a thousand cyclists stopped outside the presidential palace in Santiago on Sunday, chanting: “Listen up Pinera: go to hell.”

Around 15,000 people gathered peacefully in the capital’s O’Higgins Park, according to police. 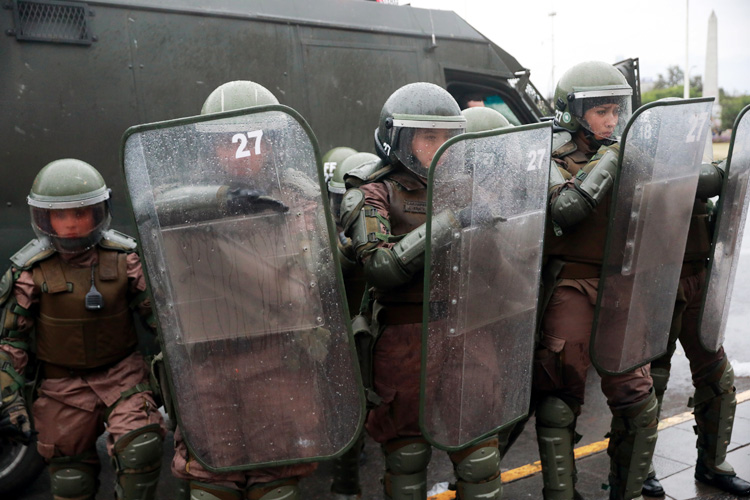 Riot police face demonstrators during a protest in Santiago.

The breadth and ferocity of the demonstrations appeared to have blindsided the government of Chile — long one of Latin America’s richest and most stable countries.

Demonstrators are angry at Chile’s neo-liberal social model, low salaries and pensions, high health care and education costs, and a yawning gap between rich and poor.

Billionaire Pinera, who assumed office for a second time in March 2018, had already shuffled his cabinet twice in 15 months as doubts grew about a slowing economy and his leadership. 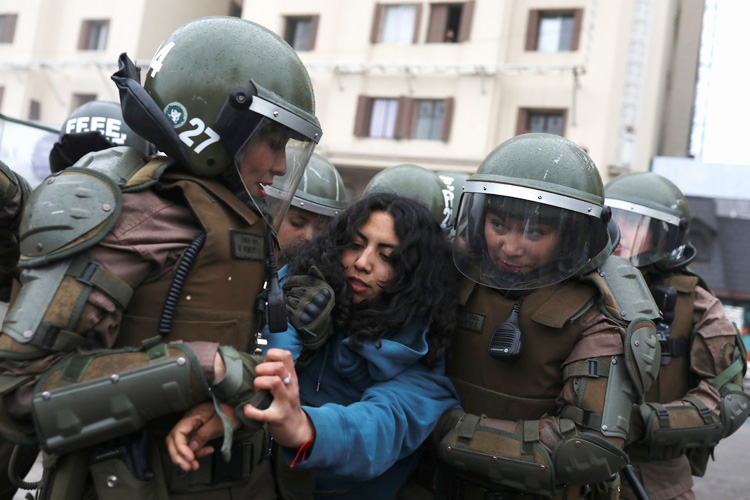 Police detain a demonstrator during a protest against Chile's state economic model, in Santiago.

He offered a raft of measures earlier this week aimed at calming the public ire, including an increased minimum wage and pensions, some reductions in health care costs, and a streamlining of parliament.

“These measures aren’t enough, even though they’re an important step in the people’s demands,” said electrical engineer Eduardo Perez, 49.

By Saturday afternoon, the military presence in the capital Santiago had been already visibly reduced. 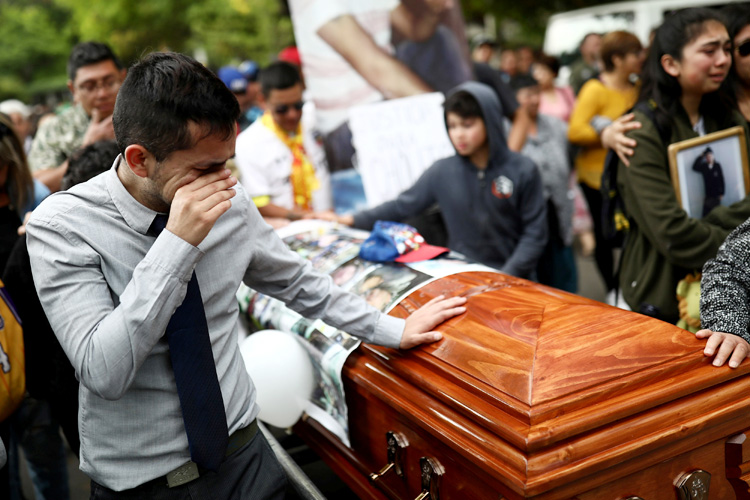 A relative reacts during the funeral of Andres Ponce, 38, who died during last week's series of protests against Chile's state economic model, in Santiago.

At least 20 people died — half in fires started by looters — in the worst political violence since Chile returned to democracy after the Augusto Pinochet dictatorship from 1973-1990.

The police and army troops have been accused of using unnecessary force in putting down the protests. The United Nations is sending a team to investigate allegations of abuse.

The national human rights institute INDH said 584 people had been injured and 2,410 detained during the protests. 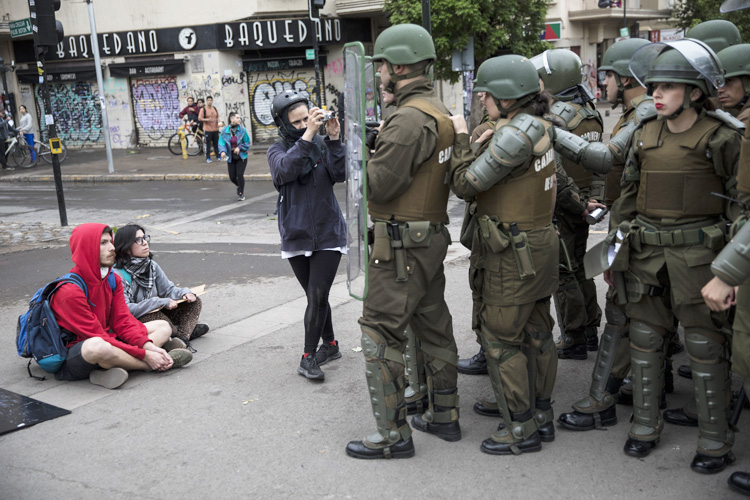 Anti-government protesters sit on the sidewalk, near police in Santiago, Chile.

Hundreds of volunteers on Sunday joined in a huge clean-up operation in Santiago, washing down or painting walls that had been scrawled with graffiti and clearing up broken glass and the remnants of burned-out barricades.

The street movement still lacks recognizable leaders, though, and was mostly roused through social media, which analysts say makes it harder for the government to negotiate any resolution.

There were fears that continuing protests could put at risk the Asia Pacific Economic Cooperation (APEC) trade summit in Santiago from Nov.16-17, but the government said on Thursday it would go ahead.

US President Donald Trump and his Chinese counterpart Xi Jinping are among those expected to attend the APEC meeting. 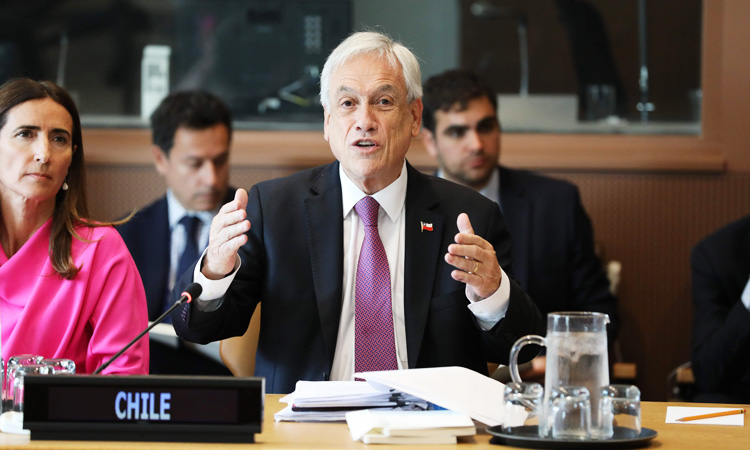 Chile’s President Sebastian Pinera declared a state of emergency in the capital Santiago early on Saturday, as the city of 6 million descended into chaos amid riots that left a downtown building engulfed 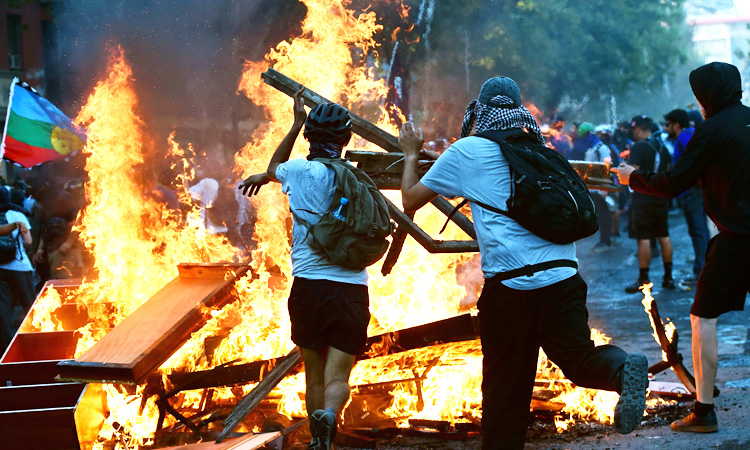