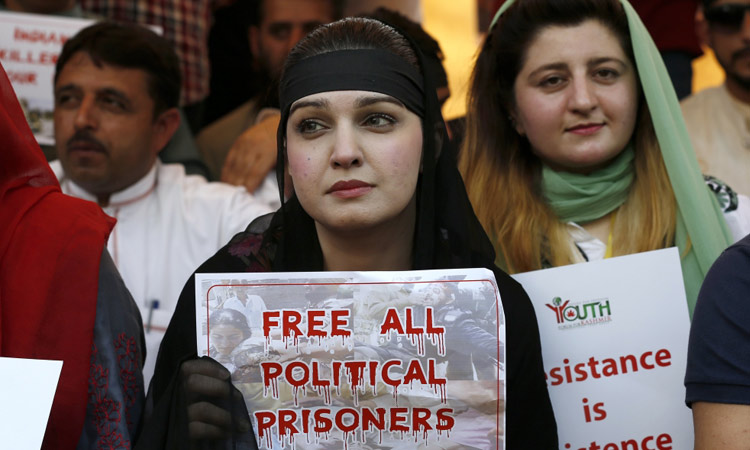 Pakistanis and Kashmiris on both sides of the Line of Control (LoC) observed a "Black Day" on Sunday to convey their rejection of India's occupation of Kashmir on Oct.27, 1947.

Radio Pakistan reported that a complete shutdown is being observed in occupied Kashmir.

In a video message aired on Sunday by state-run and private Pakistani TV channels Prime Minister Imran Khan vowed to fight for Kashmiris' right to self determination. 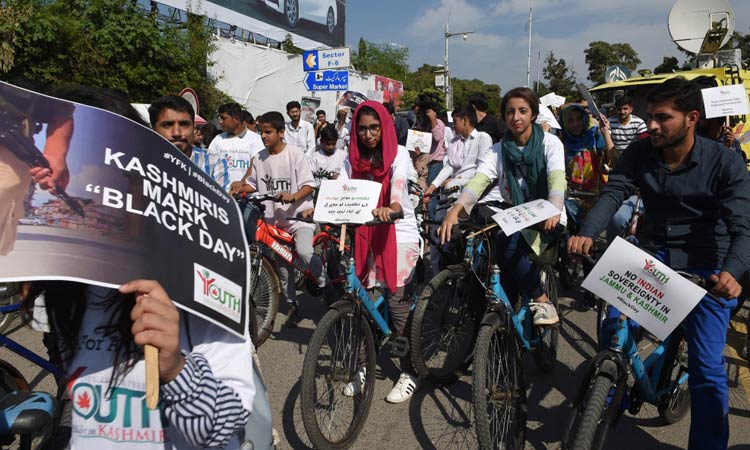 People take part in a bicycle protest rally in Islamabad on Sunday, to mark 'Black Day' to support Kashmiris. AFP

"The entire Pakistani nation stands by Kashmiris and will keep on extending them full moral, political and diplomatic support at all international fora ... and this is my solumn pledge to Kashmiris being their ambassador and spokesman," Imran said.

Imran said this Kashmir Black Day is distinct from other years. He said that on Oct.27, 1947, India had illegally occupied Jammu and Kashmir and on Aug.5 of this year, "it took further steps to unilaterally alter the disputed status of the territory and change its demographic structure and identity."

He said that through the deployment of additional troops and the "unprecedented media and communications blackout," occupied Kashmir had been turned into the "largest prison on the planet." 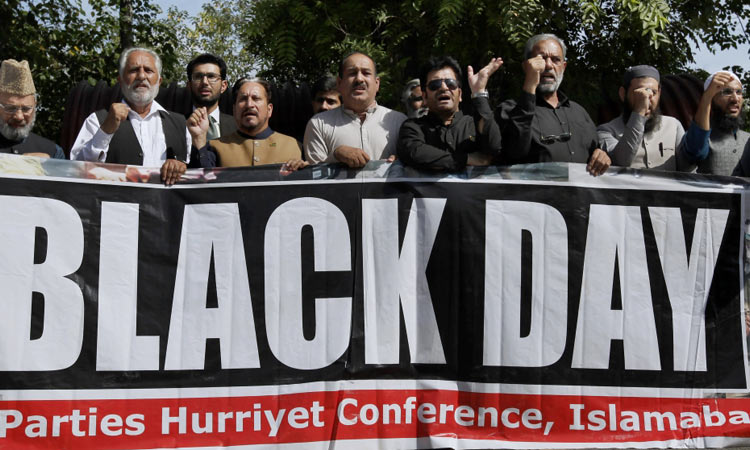 Supporters of All Parties Hurriyet Conference shout slogans during a demonstration to support 'Black Day' in Islamabad. AFP

Imran said that Pakistan demands the "immediate lifting of the curfew and communications blackout as well as rescinding of India's illegal and unilateral actions in the occupied territory."

Foreign Minister Shah Mahmood Qurershi assured Kashmiris "that not only do we commemorate their exemplary grit and spirit on the occasion of Kashmir Black Day" but also "reiterate our firm and continued political, moral and diplomatic support to the people of the occupied Kashmir in their grand struggle until they achieve their legitimate right of self-determination as per the United Nations Security Council resolutions..

"India should realise it cannot fool the world forever and that its tried and trite accusations of terrorism, while simultaneously being the principle perpetrator of it, have little import with the international community," said Qureshi in his message.

To express solidarity with Kashmiris on Black Day, various programmes have been planned across Pakistan. 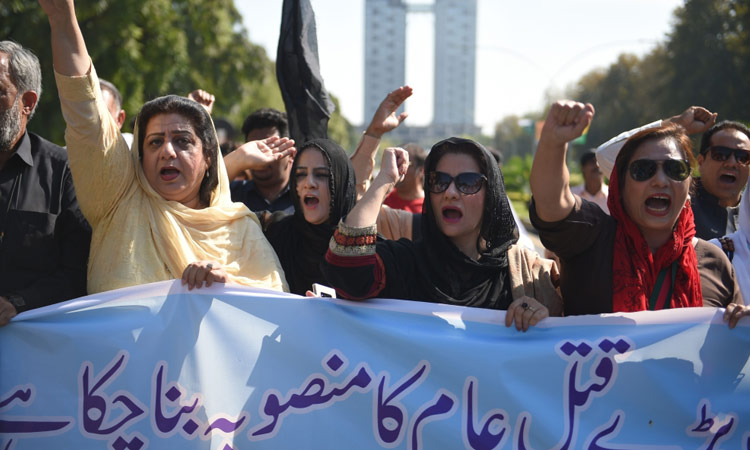 Members of the the All Parties Hurriyet Conference shout slogans during a demonstration outside the Indian High Commission in Islamabad. AFP

In Azad Jammu and Kashmir (AJK), the Kashmir Liberation Cell, Hurriyet and religious organisations organised rallies, demonstrations and protests. AJK Prime Minister Raja Farooq Haider presided over the main event in Muzaffarabad, where a rally will also be taken out.

The Punjab government also marked the Black Day in collaboration with the federal government. Chairing a meeting of Kashmir Committee Punjab, law minister and committee chairman Basharat Raja said the longest and worst curfew in occupied Kashmir is extremely deplorable. 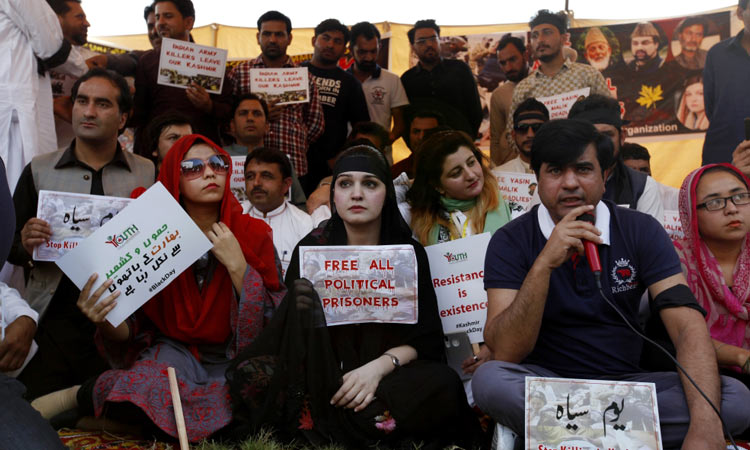 In his message, PML-N President Shahbaz Sharif said that the division of the Indian subcontinent will only be completed with the independence of Kashmir. He said PML-N is marking the solidarity day for Kashmiris with special arrangements.

Addressing an event on Black Day in Model Town, Shahbaz said: "If Pakistan is [to help] Kashmir in gaining independence, we need to fix our conduct.

Pakistan Peoples Party (PPP) Chairperson Bilawal Zardari said there are no two views on the Kashmir issue in Pakistan. He added that the Kashmir issue should be solved on the basis of the local population's desires.