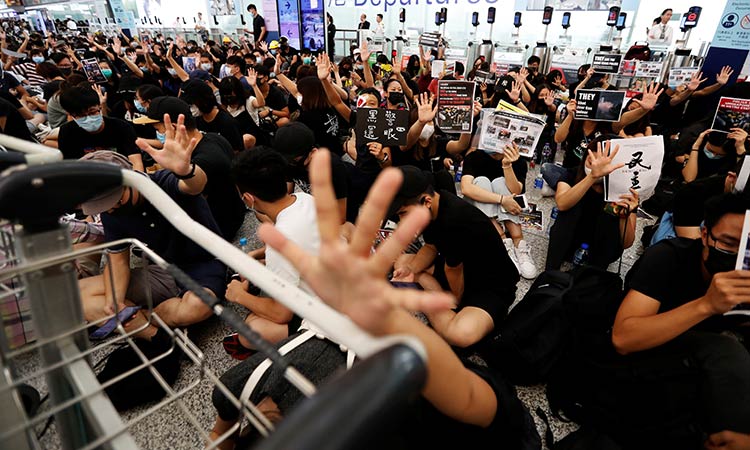 Demonstrators gather for a rally in Hong Kong.

Hong Kongers are set to rally over concerns about police conduct in monthslong pro-democracy demonstrations, including exposing police dogs to tear gas during chaotic confrontations with protesters.

Organisers plan a demonstration at a waterfront park on Sunday afternoon.

Hong Kong police have faced criticism for heavy-headed tactics including tear gas, pepper spray, rubber bullets and a water cannon to subdue protesters who have hurled bricks and firebombs.

The force says on its Facebook page that "no police dog has passed away or felt unwell as a result of handling protests since June."