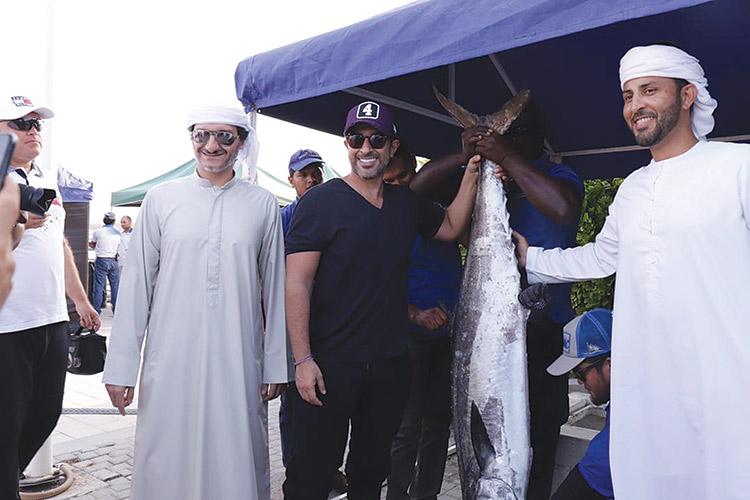 The event was held from Oct.22 to 26 as part of the first Ajman Sea Festival with 158 competitors.

Ajman Tourism Development Department (ATDD) concluded a Fishing Championship held from October 22nd to 26th as part of the first Ajman Sea Festival with 158 competitors are participating in the Festival at Marina 1.

As for ‘Cobia’ category, the three winners, Sultan Mohammed Al-Marzooqy, Saed Murshid Al-Rumaithy, and Hilal Rashid AL-Muhauri, were honoured at a ceremony in the presence of a large number of professional and amateur fishermen and fans of marine sports and fishing.

He also pointed out that the beaches of Ajman are very popular with visitors, tourists and people who are interested in marine and beach sports.

Saud Al Jasmi, Head of Events at ATDD, said that the Fishing Competition aimed to teach the younger generation and citizens, residents and visitors about the UAE’s marine heritage, which is associated with goodness, challenge and perseverance.

Al Jasmi thanked Delma Marine, the authorized dealer for Mercury Motors and the Diamond sponsor of the festival and this championship Delma Marine, Dhs 70,000 was allocated for the prizes.

The participants expressed their happiness at the event, which reflects ATDD’s interest in reviving the cultural heritage of the UAE. They also thanked Sheikh Abdul Aziz bin Humaid Al Nuaimi, Chairman of ATDD, for his kind patronage of competitions that promote marine sports and highlight the nation’s cultural heritage.