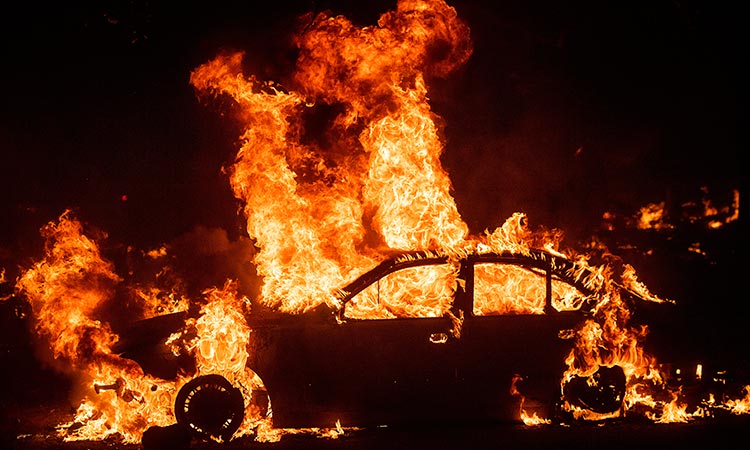 Flames from the Kincade Fire consume a car in Sonoma County, California. AP

Tens of thousands of residents near Santa Clarita, north of Los Angeles, fled their homes as wildfires raged across California on Friday.

They faced another day of destruction as over 1,000 firefighters tackled flames in the southern part of the state alone.

A state of emergency has been declared in Los Angeles and Sonoma counties. 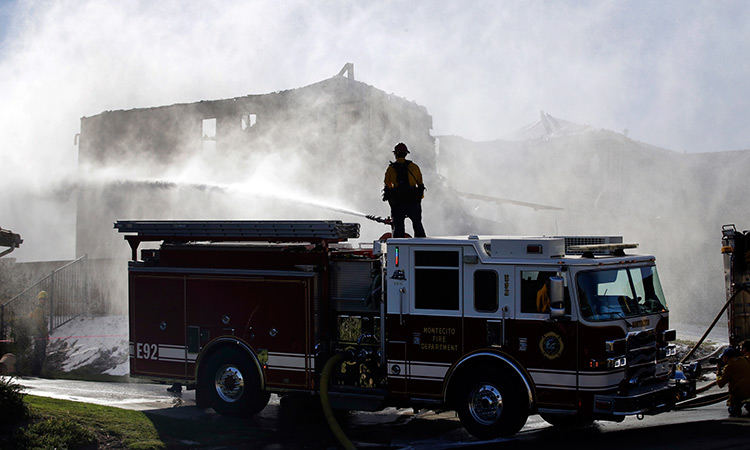 A firefighter tries to put out a residence fire caused by a wildfire from atop a fire truck on Friday. AP

The blaze forced the shutdown of all schools in the area as well as a major freeway, creating a traffic nightmare for commuters.

New evacuations in the area were ordered early Friday as the fire that began the day before continued to spread, driven by so-called Santa Ana winds gusting up to 65 miles (105 kilometers) per hour. 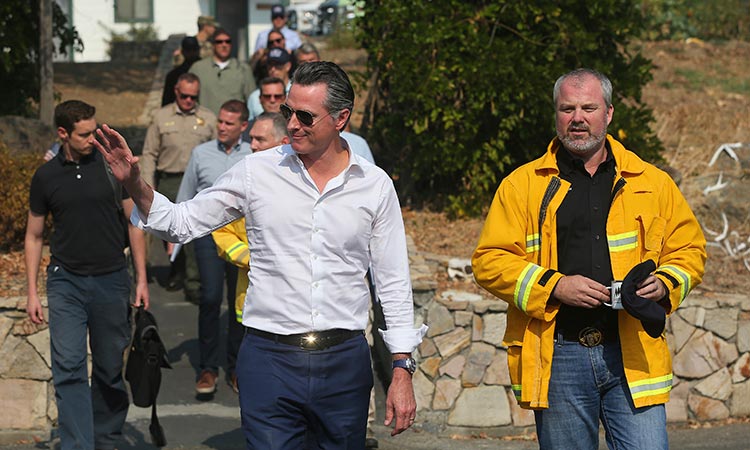 Some 1,325 firefighters backed by air tankers and helicopters were battling the flames that raced toward densely packed communities and threatened 10,000 structures, officials said.

At least four other fires have erupted in southern California this week, fueled by high temperatures in the 80s and 90s (above 30 Celsius) and bone dry conditions.

A red flag warning indicating ripe conditions for wildfire was in effect for more than 18 million people in the southern part of the state until Friday evening.

The National Weather Service warned that although wind speeds were set to decrease later Friday, they were expected to pick up again on Sunday and Monday in the southern part of the state.

A number of wildfires are also raging in the northern part of the state. The most serious -- the Kincade Fire -- broke out late Wednesday in the Sonoma wine region, also prompting evacuations. 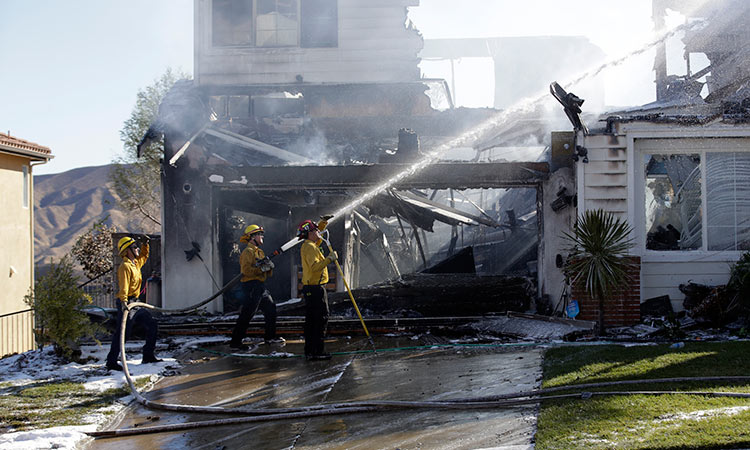 Firefighters try to put out a residence fire caused by a wildfire on Friday. Marcio Jose Sanchez/AP

The high risk of fires has led to pre-emptive power cuts to thousands of customers and prompted Governor Gavin Newsom to declare a state of emergency in Sonoma and Los Angeles counties.

Newsom traveled to Sonoma on Friday to survey areas impacted by the Kincade Fire which has grown to around 23,700 acres and was only five percent contained as of Friday evening. 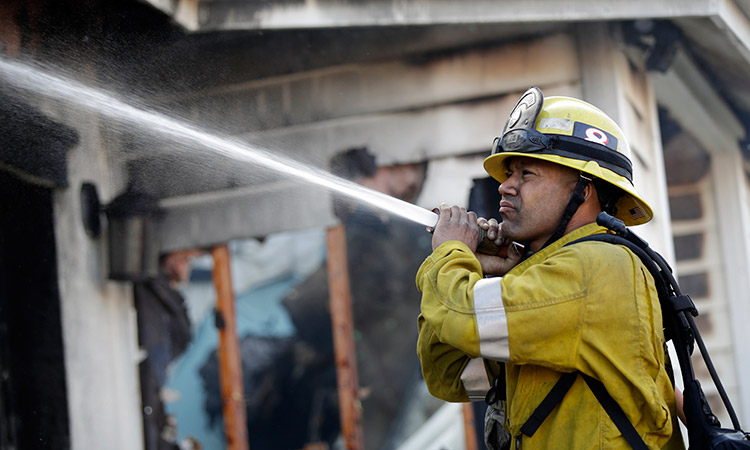 A firefighter hoses down a smoldering residence destroyed by a wildfire on Friday. AP

The blaze, which is burning in remote steep terrain, has destroyed nearly 50 structures and forced the evacuation of the entire community of Geyserville and nearby vineyards.

Newsom told reporters the area looked like a "war zone," with homes and vehicles destroyed.

Residents said they barely had time to gather their belongings as the ferocious fire approached their homes.