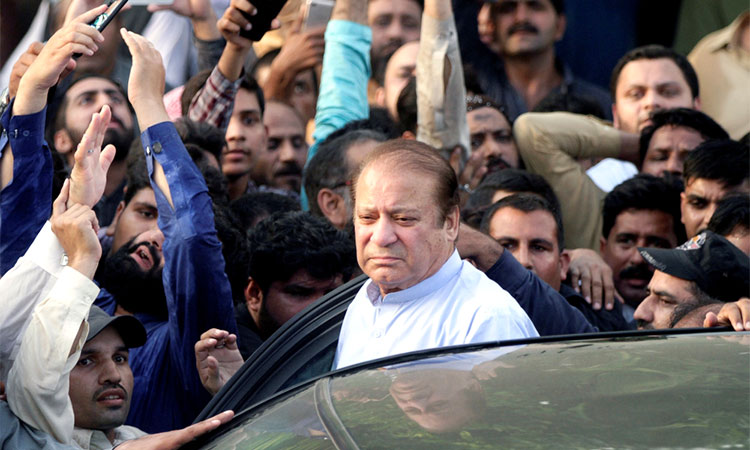 Pakistan's former prime minister Nawaz Sharif on Saturday suffered an angina attack while undergoing treatment at a Lahore hospital, a doctor said, while dismissing reports that the former Pakistan Prime Minister had a heart attack.

My sincere prayers are with Sharif says PM

Meanwhile at the Islamabad High Court, where a request seeking Sharif's release on bail in the Al Azizia corruption case, will be heard later in the day, the Pakistan Muslim League-Nawaz (PML-N) supremo's lawyer Khawaja Haris claimed that Sharif had suffered a "minor heart attack" on Friday night and that his "life is in danger". 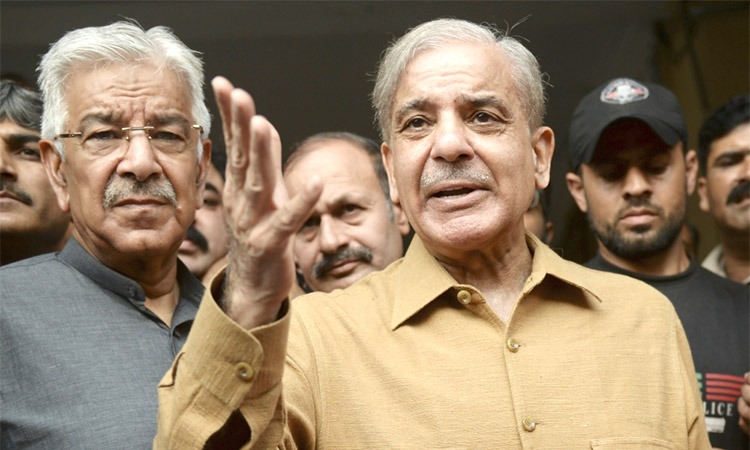 Shahbaz Sharif speaks about the health of his brother in Lahore on Friday. AP

PML-N President Shehbaz Sharif had filed the bail application for the release of his brother from the custody of the National Accountability Bureau (NAB), reports Dawn news.

Nawaz Sharif was rushed to SIMS on Monday night after his personal physician raised an alarm about his deteriorating health.

On Tuesday, doctors at the hospital had termed his condition as "serious" despite the transfusion of three mega units of platelets within hours of his admission. 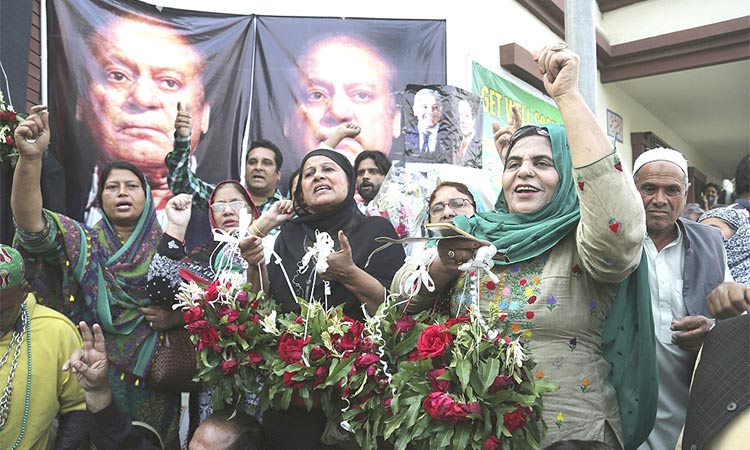 Supporters celebrate the release of their leader, outside a hospital where Nawaz Sharif admitted in Lahore. AP

According to the medical tests carried out on Tuesday, the platelet count of the former premier had "dropped from 16,000 to a critical level of 2,000" when he was brought to hospital.

After a struggle of three days, a six-member medical board, headed by Mahmood, on Thursday confirmed that Nawaz Sharif was suffering from acute immune thrombocytopenic purpura (ITP), a bleeding disorder, in which the immune system destroys platelets.