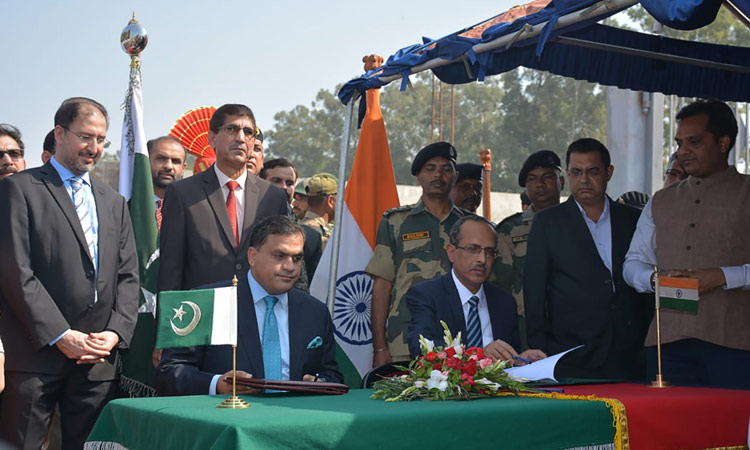 Islamabad and New Delhi signed an agreement on Thursday on a visa-free corridor between the two countries that will allow Sikh pilgrims in India to visit the shrine to their religion's founder, which is in Pakistan.

The Kartarpur Corridor deal — a rare example of cooperation between the nuclear-armed neighbours — follows months of heightened tensions, mainly over the disputed region of Kashmir. 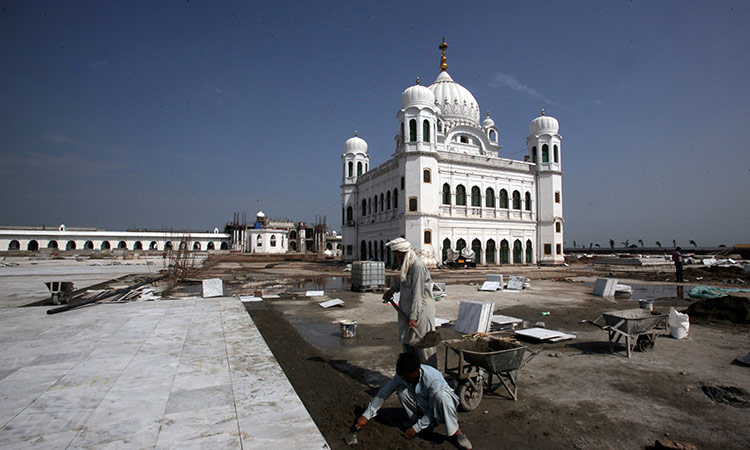 Laborers work at the sites of the Gurdwara Darbar Sahib in Kartarpur, Pakistan. File Photo/Reuters

"Indian pilgrims of all faiths and persons of Indian origin... can use the corridor. The travel will be visa-free," said S.C.L. Das, a joint secretary in the Indian Ministry of Home Affairs, at a press conference after the agreement was signed.

The deal allows for a secure corridor and bridge between the two countries, leading directly to the grave of Sikhism's founder Guru Nanak, just four kilometres from the Indian border.

Pakistan had employed hundreds of labourers to spruce up the shrine, including building a border immigration checkpoint and a bridge, as well as expanding the grounds comprising the shrine itself.

After the signing ceremony, Dr Faisal said that as per the initiative of Prime Minister Imran Khan, the agreement has been signed while a formal inauguration of the project will be held on Nov.9.
"They were very very difficult and tough negotiations," he said while talking about several rounds of dialogues between the two sides over the project.

"Under the agreement, the corridor will remain open seven days a week from dawn to dusk," he said, adding that the pilgrims through the corridor would arrive in the day and leave by evening. 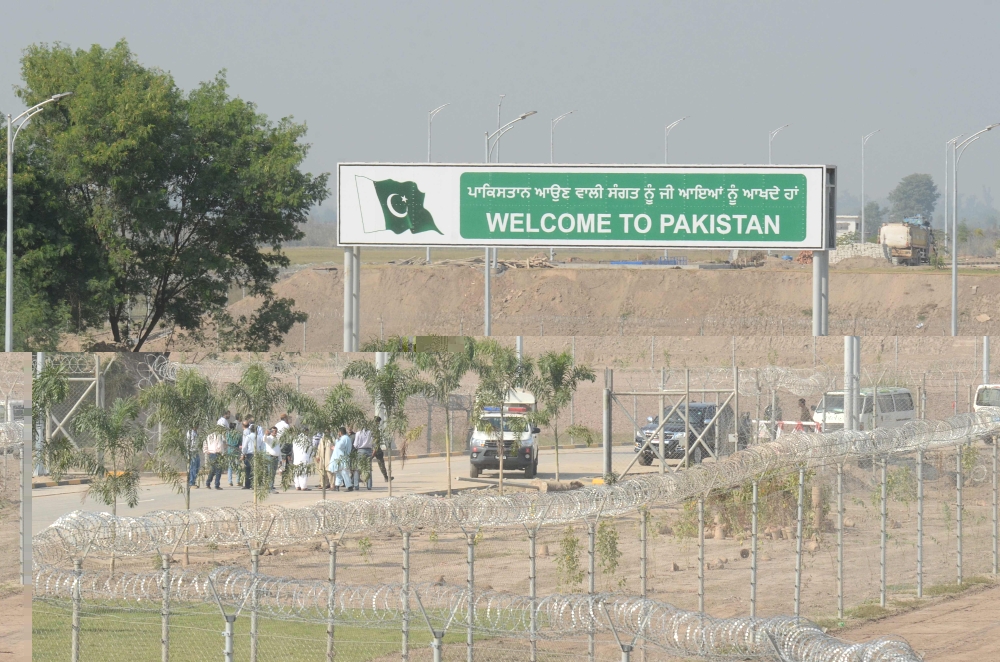 Pakistani officials inspect a site at the enterance of the Passenger Terminal Building at Dera Baba Nanak, some 50 km from Amritsar, on Thursday. AFP

The spokesperson said that the project will facilitate 5,000 pilgrims a day. "It is the biggest gurdwara in the world. This is how we treat minorities in the country, this is our approach towards minorities. It is in line with the teachings of the Holy Prophet (PBUH).”

He said that the first group of pilgrims will come on Nov.9. Sharing further details of the agreement, he said the pilgrims who come through the corridor will not require a visa. They will have to carry their passports, which will be scanned but not stamped, he said.

Dr Faisal said that under the agreement, the Indian authorities will provide a list of pilgrims 10 days ahead of their visit.
While responding to a question, he said that local pilgrims will also be allowed to visit their sacred place and a pass will be issued to them.

"There is no change in the country's position on India-occupied Kashmir," he said.

The agreement was finalised after three rounds of negotiations. The negotiations were protracted because of deep differences on various provisions of the agreement, the Pulwama stand-off, Indian reservations over the composition of the committee set up to look after the affairs of the corridor, and elections in India.

The last sticking point was the $20 service fee that Pakistan would charge from every pilgrim for a single trip. However, India reluctantly agreed to it. Pakistan is currently working out the mechanism for charging the $20 fee from the pilgrims.

Following the inauguration of the corridor, a visa free link between Darbar Sahib in Kartarpur and Dera Baba Nanak shrine in India’s Punjab will open for the pilgrims. 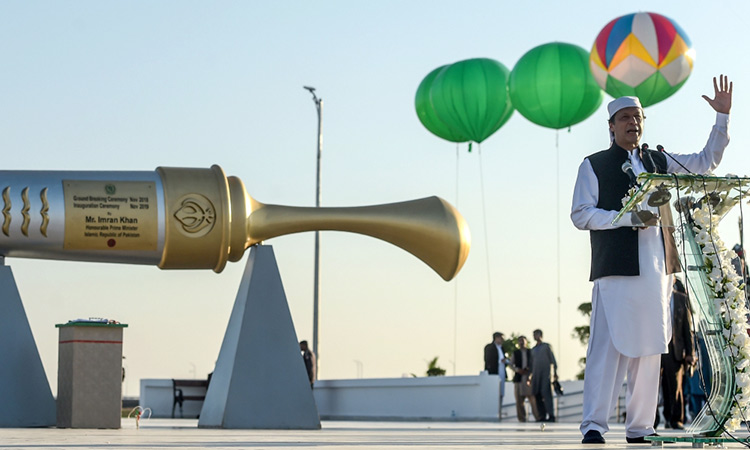 Modi thanks PM Imran for "understanding India's wishes and turning Kartarpur into reality." The pact will introduce visa-free access from India to the Pakistani town of Kartarpur, home to a temple that marks the site where the founder of Sikhism, Guru Nanak, died.

No one will get ‘amnesty’ as long as I am alive, Imran warns rivals

"I want to give all of them (opposition) a message: whether you all come together and stage this march or you want to use any other method of blackmail until I am alive, you will not get a National Reconciliation Ordinance (NRO),” he said while addressing the foundation stone laying ceremony of the Baba Guru Nanak University at Nankana Sahib.