US President Donald Trump gestures during a press conference.

US President Donald Trump has found himself at the centre of a fierce controversy after he was seen scratching his forehead with his middle finger when a female NASA astronaut corrected him during a video call to the International Space Station (ISS).

During a video call to US astronauts Jessica Meir and her colleague Christina Koch who were on the International Space Station, Trump congratulated them for being the first two female astronauts to walk in space. 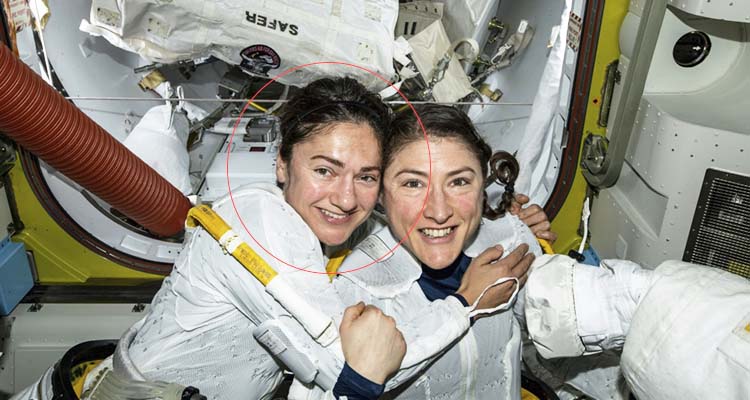 "We are thrilled to be speaking live with two brave American astronauts who are making history joining us during their spacewalk...And this is the first time for a woman outside of the space station," the US President said, who was accompanied by his daughter, Ivanka Trump.

However, Meir fact-checked the President and said that they were not the first female astronauts to walk in space. In fact, it was "the first time that there has been two women outside" at the same time.

After the astronaut corrected Trump, he was seen scratching his forehead with his middle finger.

Trump's gesture didn't go down well with Twitterati, who accused him of flipping a middle finger at the astronaut.

"He gives them the middle finger after they correct his erroneous remark. How presidential," commented one Twitter user.

Another user wrote: "Was Trump giving her the finger as she corrected him?"

One Twitter user stated, "There is absolutely no way that was not on purpose."

Their job was to fix a broken part of the ISS solar power network.