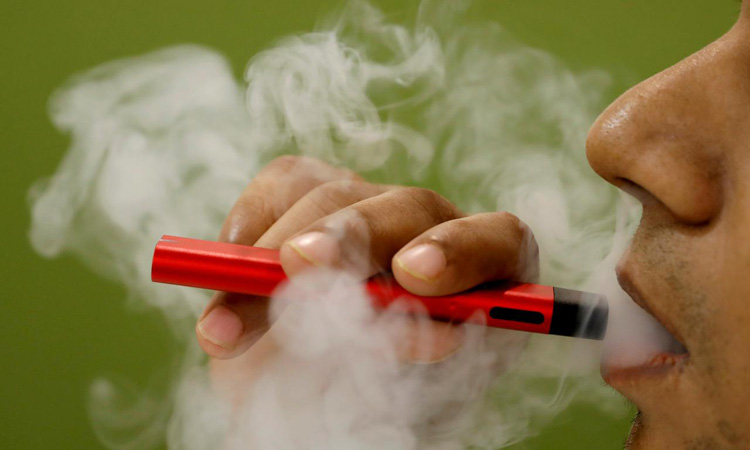 A man uses a vape device in this illustration picture. File photo/Reuters

Countries around the world have been pulling electronic cigarette products from markets and restricting advertising as vaping faces increased scrutiny.

“The current situation is considered as a grave threat to public health,” South Korea’s health minister Park Neung-hoo told a briefing, citing cases of lung injuries associated with e-cigarette use in the United States.

Park said the government would expedite its own studies to determine if there was a scientific basis to ban sales of liquid e-cigarettes.

US health officials have so far reported 33 deaths and 1,479 confirmed and probable cases from a mysterious respiratory illness tied to vaping.

A pneumonia case of a South Korean e-cigarette user was reported this month, the health ministry said.

The United States has announced plans to remove flavoured e-cigarettes from stores, citing alarming growth in teenage use of the products

India also discontinued the sale of e-cigarettes in September.

Following the government’s decision, the Korea office of US e-cigarette maker Juul Labs said in a statement their products had no harmful substances. Juul began sales in South Korea in May.

E-cigarettes - both liquid and the heat-not-burn types - are widely available in South Korea, accounting for 13% of its tobacco market by sales as of June, according to government data.