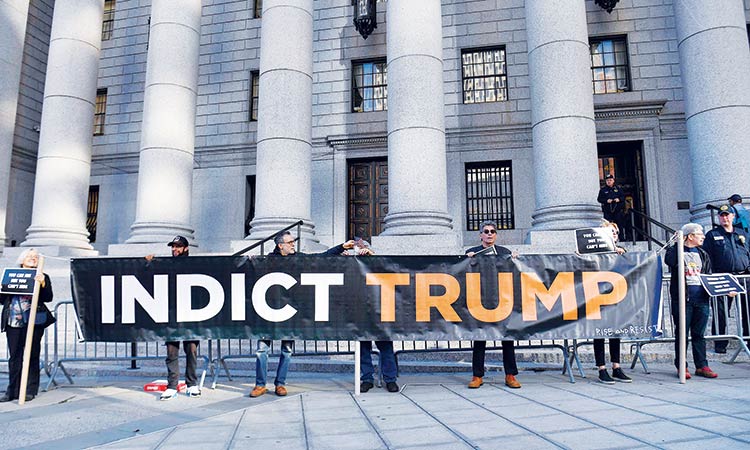 Laura Cooper, the deputy assistant secretary of defence for Russia, Ukraine and Eurasia, is expected to face questions about Trump’s decision this year to withhold $391 million in security assistance to Ukraine approved by Congress to help deal with Russia-backed separatists.

In testimony on Tuesday before the three House committees leading the inquiry, William Taylor, the top US diplomat in Ukraine, said Trump had made the aid contingent on Ukraine publicly announcing it would conduct politically motivated investigations the president demanded.

Taylor said he was told by Gordon Sondland, the US envoy to the European Union, that Trump had linked the aid’s release to public declarations by Ukrainian President Volodymyr Zelenskiy that he would investigate Joe Biden, his son Hunter Biden’s tenure on the board of a Ukrainian energy company called Burisma, and a debunked conspiracy theory that Ukraine, and not Russia, meddled in the 2016 US presidential election.

The impeachment inquiry threatens Trump’s presidency even as he seeks re-election in 2020.

As she arrived at the US Capitol, Cooper did not answer questions from reporters. She apparently appeared voluntarily before the lawmakers as the Pentagon had not blocked her from testifying. The Trump administration had sought to block testimony by several other current and former officials.

In an opening statement to lawmakers that US media posted online, Taylor called the exchanges between Trump, his advisers and Ukraine a “rancorous story about whistleblowers... quid pro quos, corruption and interference in elections.” Quid pro quo is a Latin term meaning a favor for a favor. Trump has denied that there was any quid pro quo involved in the Ukraine aid.

The impeachment inquiry, triggered by a whistleblower complaint against Trump by a person within the US intelligence community, focuses on a July 25 telephone call in which Trump asked Zelenskiy to carry out those two investigations. Zelenskiy agreed during the call. The aid was later provided.

Federal election law prohibits candidates from accepting foreign help in an election. Taylor’s testimony ran counter to Trump’s contention that there was no quid pro quo or wrongdoing of any kind. The president has accused Democrats of trying to oust him to prevent his re-election.

Support for impeaching Trump surged among political independents and rose by 3 percentage points overall since last week, according to a Reuters/Ipsos poll this week.

“It never ends. The Do Nothing Dems are terrible!” Trump wrote on Twitter on Wednesday, later adding their “case is DEAD!” Trump on Monday had exhorted his fellow Republicans get tougher and fight harder for him in the impeachment drama.

Dozens of House Republicans on Wednesday appeared before reporters with some denouncing the impeachment process run by Democrats as a “joke,” a “railway job,” a “charade” and “Soviet-style.” They complained that testimony was being taken privately rather than in public hearings and that the House did not hold a vote formally authorizing the investigation. “It is a sham, and it’s time for it to end,” Republican congressman Mark Walker said.

The US Constitution gives the House wide latitude in how to conduct the impeachment process. The inquiry could lead to the House passing formal charges known as articles of impeachment, prompting a trial in the Republican-controlled Senate on whether to remove Trump from office.

So far, few of Trump’s fellow conservatives have appeared inclined toward his removal, though some cracks in their support for him have appeared in recent weeks after his withdrawal of US forces in Syria and his racially charged comments on Tuesday calling himself the victim of an impeachment “lynching.” Representative Eric Swalwell, a Democrat on the House Intelligence Committee, disputed Republican arguments that the impeachment process was unfair, saying witness depositions were held behind closed doors to prevent possible coordination and that there have been signs that may be happening. 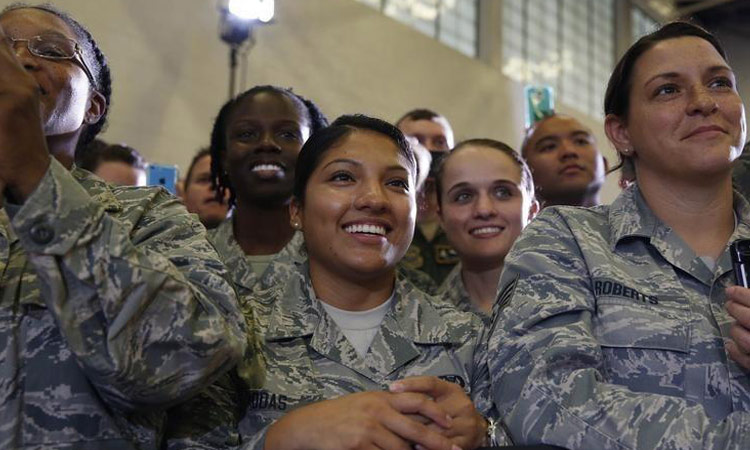 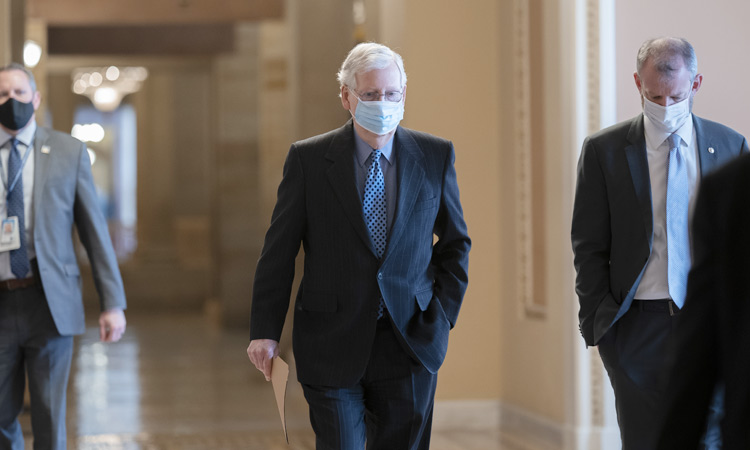