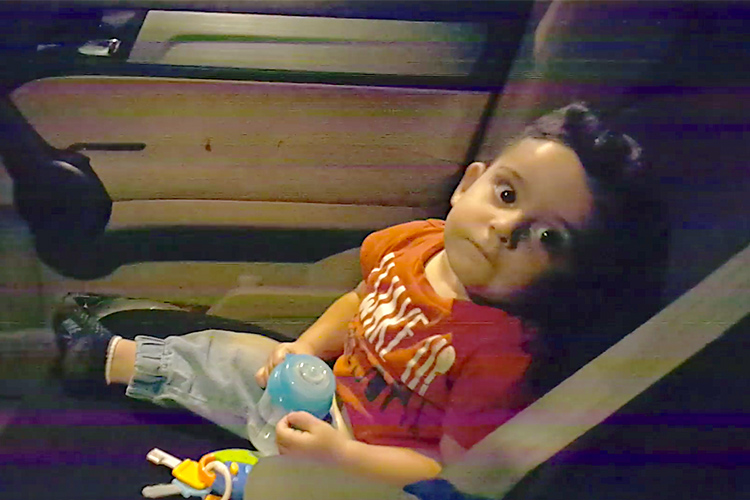 The toddler Robin stares at her mother during the encounter with protesters in Beirut.

A video of a popular children's song in Lebanon has gone viral on social media after protesters in Beirut spontaneously sang the hit number to calm a toddler caught in the midst of noisy demonstrations. The boy, Robin, watched the full performance wide-eyed.

Lebanon cabinet to meet at presidential palace amid protests

When driver Elaine Jabbour was surrounded by a rally in the capital last weekend, she asked protesters if they could stop shouting as her young son was asleep in the front seat of her car.

Immediately, Elaine relates, the crowd spontaneously broke out into a rendition of the song "Baby Shark", complete with hand gestures depicting a shark's bite, and big smiles.

The boy, to put it simply, and the mother were totally flabbergasted. The song quickly spread online and has become something of a symbol for the anti-government demonstrations that have gripped the country for days.

The video, shot by Elaine, which has since gone viral, shows a group of around 20 people around her car, singing to the surprised toddler as he clutches a bottle. A bearded man is seen dancing, wading in and out of the crowd with fish-like motions. 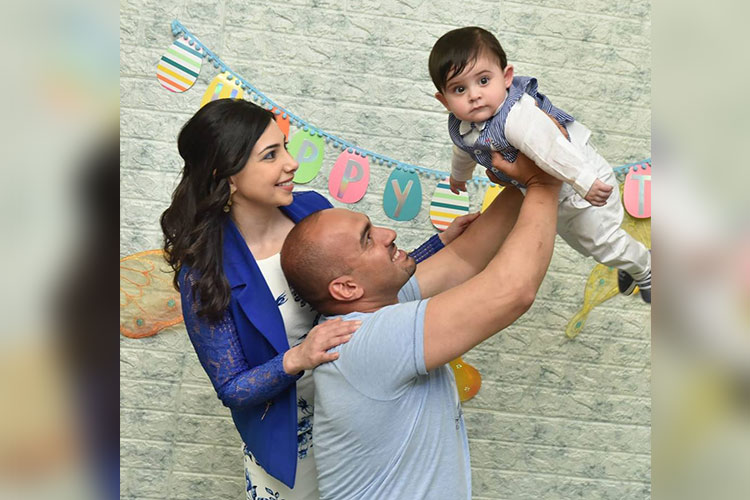 Robin with his parents Eliane Jabbour and Joseph Haddad.

The "Baby Shark" song was originally popularised by a video uploaded on YouTube by a South Korean children's educational company called Pinkfong in 2016. It has become one of the most-watched videos on the platform, with over 3.7 billion views.

Protesters in Lebanon are angry about the state of the economy, corruption and public services, but the 'Baby Shark' episode brought a moment of relief from the wave of dissent, and a uniting rallying cry.