Sultan lights up people’s lives in Khor Fakkan with project 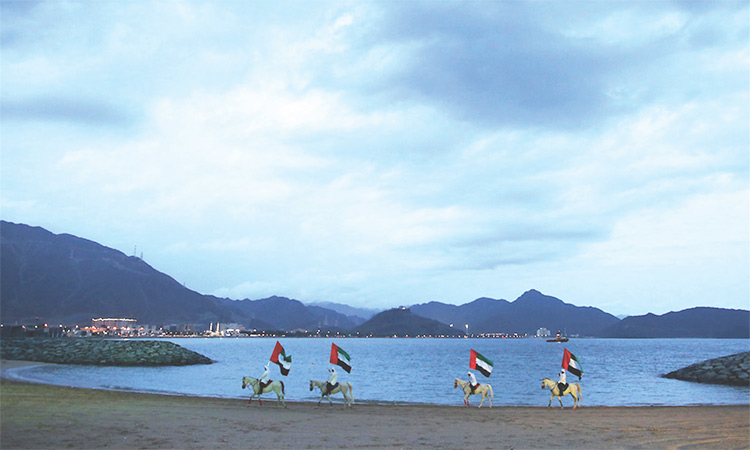 As per Sheikh Sultan’s directives, SEWA immediately started implementing the project by installing 280 light poles in the designated area in accordance with the best international standards, in addition to wiring 10000-metre cables, and installing six-100 AMP illumination boxes.

Dr Eng. Rashid Al Leem, Chairman of Sewa, valued the directives of Sharjah Ruler and his keenness to delivering services to all areas of the emirate and providing comfort to both citizens and residents.

Al Leem explained that Sewa’s implementation of illumination projects is part of the Authority’s endeavour to achieve its vision of ensuring sustainable development.

In a separate development Sheikh Sultan has ordered authorities to provide medical care to an Arab investor who sustained injuries in an accident. He also helped him financially and waived fines imposed on him which he incurred for not being able to work due to his injuries.

Khalaf informed the Arab investor about Sheikh Sultan’s orders to take care of his health and financial problems.

The investor had previously contacted the programme and stated that he was a retired brigadier who came to the UAE in 2008.

He reportedly established a company in Hamriya Free Zone, but he had an accident in 2017 which caused serious head injuries.

He added he could not work anymore and was fined, resulting in being unable to renew his residency.

A couple of months back Sheikh Sultan had instructed the Sharjah Directorate of Public Works to set up a sewer network in Khor Fakkan.

The network was to serve 2,217 buildings including 82 government buildings, which will be exempted from fees, 58 commercial buildings and 2,077 houses for citizens including 557 houses for the beneficiaries of the Department of Social Services such as people of determination and elderly people, who will be exempted from all fees, and 1,520 for other people who will pay the fees in instalments over one year.

The project fell within the directorate’s strategic plan and is part of the emirate’s comprehensive strategic plan to develop sewer networks across the emirate in co-operation with Sharjah Urban Planning Council.

The lines of the networks are 111 kilometres long and include main lines and sub lines in addition to a 10-km long irrigation line.

The diameter of the pipes ranges between 160 and 1,200 mm. the wastewater treatment plant has a capacity of 3,700 cubic litres per day. The project also includes establishment of 100 inspection rooms.

Official at that time had pointed out that the work in the populated areas required a lot of care, particularly in places that contain residential and historical houses, to avoid any damage that might occur, noting that the drilling work reached in some areas 14 meters below the surface.

The Sharjah Planning and Survey Department has restored key historic landmarks and areas of the city of Khor Fakkan and surrounding regions, upon the directives of Sheikh Sultan.

He also ordered the restoration of the city, which is an icon of originality in the emirate.

Khor Fakkan Fort was built in the 1940s from stone to the rocky nature of Khor Fakkan.

It first consisted of a single square with temporary walls, and another square was added facing the sea that was higher than the previous wall to reinforce its defences. The fort’s walls face all four directions, overlooking Al Adwani Tower and Al Rabi Tower.