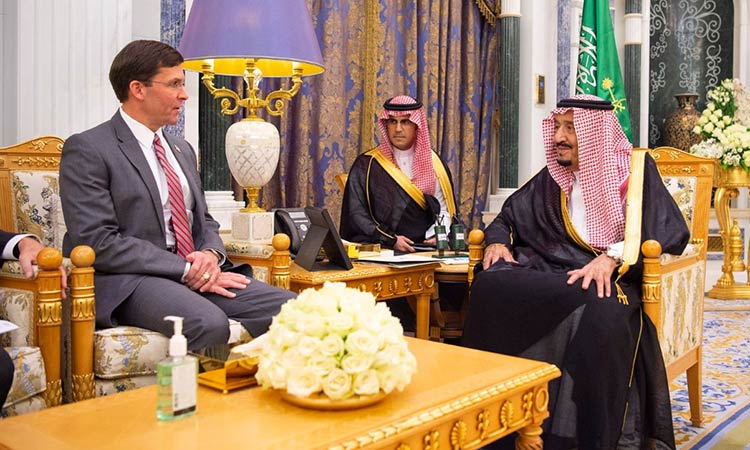 The Custodian of the two Holy Mosques King Salman Bin Abdulaziz Al Saud of Saudi Arabia met US Secretary of Defence Mark Esper in his office on Tuesday to discuss “strategic cooperation” between Riyadh and Washington.

US wants to quickly deploy new missiles in Asia

The meeting, where top officials from both countries were also present, also tackled joint security and defence issues. 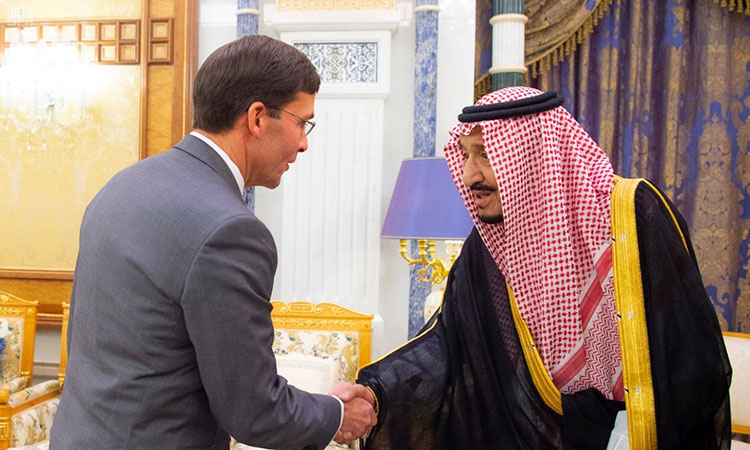 On October 11, the Pentagon said it was deploying new US troops to Saudi Arabia after Riyadh asked for reinforcements following a mid-September drone and missile attack on Saudi oil plants, which Washington blames on Iran.

Esper has said that two fighter squadrons and additional missile defence batteries were being sent to Saudi Arabia, bringing to about 3,000 the total number of troops deployed to the kingdom since last month. 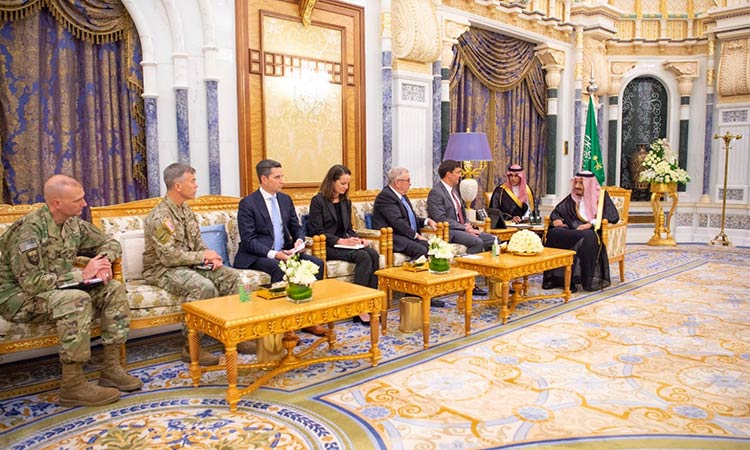 The meeting, where top officials from both countries were also present. Reuters

Washington condemned the attacks as an "act of war" but neither Saudi Arabia nor the United States have overtly retaliated.

Tensions have soared in the Gulf in recent months with a series of attacks on oil infrastructure and tankers, raising fears of war between the arch-rivals. Iran has denied any involvement.