2 potboilers come into being within 7 months - GulfToday

2 potboilers come into being within 7 months 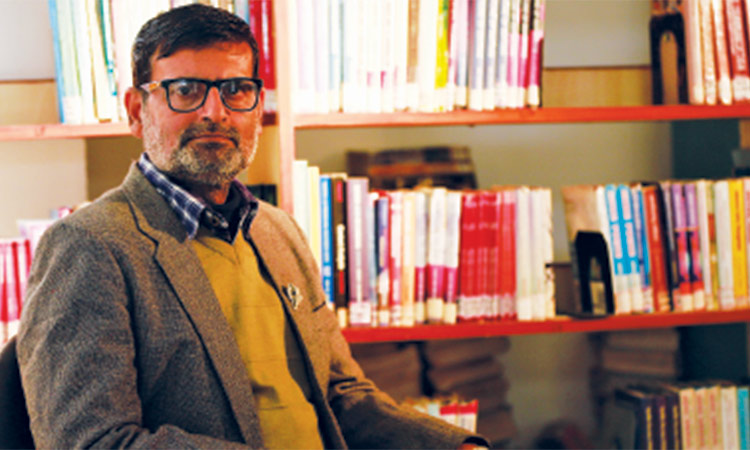 Nalin Verma is an author who gave a new lease of life to the dying folk tales of Bihar.

Nalin Verma, a veteran journalist from Bihar who does not need introduction after his famous book ‘Gopalganj to Raisina: My Political Journey’, has penned another book ‘Greatest Folk Tales of Bihar’.

He has given life to those folk tales of Bihar that were gasping for breath. Rupa Publications India, which has published the book, is also the publisher of his first book that gave him tremendous popularity across India in particular and across the world in general.

‘Gopalganj to Raisina: My Political Journey’, which is Lalu Prasad Yadav’s autobiography of which Nalin Verma is a co-author, had created a political storm in India. Lalu Prasad Yadav, who is admired by millions of people, mostly downtrodden, and is one of the most popular leaders of India, has revealed many a great thing in his book.

As an author of two books, both published by Rupa within seven months, Nalin Verma has written much of his third book and one thing he has disclosed is that like ‘Greatest Folk Tales of Bihar’ that book will also be touching those things which will grip the minds of the readers.

By giving a new lease of life through ‘Greatest Folk Tales of Bihar’ to the dying folk tales, the author has accomplished his mission.

“I have collected the stories of my book mostly from the elderly people of the remote areas of Bihar,” says Nalin Verma. “These stories were nowhere in any book. And the new generations were largely unaware of them.”

In the tales, the readers will find human skulls interacting with people and monsters falling in love with their prey. Each tale gives the reader a healthy message. “I have got some stories from people who had crossed hundred years,” says Verma. “I hope they must be alive to see the book.  I will visit them.”

Deeply rooted in rural life with a wide range of characters, including human beings and animals, ‘Greatest Folk Tales of Bihar’, makes the readers forget about their own world.

“On April 6, 2019, ‘Gopalganj to Raisina: My Political Journey’ was published,” says Verma. “This book is of a leader who held many portfolios over the years very successfully and remained chief minister of Bihar twice. I think very few politicians of India are as popular as Lalu Prasad Yadav. His book will inspire generations.”

The soil of Bihar where the stories of ‘Greatest Folk Tales of Bihar’ originated hundreds of years ago has been a fertile land of wisdom and courage. Nalin Verma is a native of the place where the ancestral village of Dr Rajendra Prasad, the first president of India, is situated.