US, S.Korea must come up with new solutions for conflict: North Korea - GulfToday

US, South Korea must come up with new solutions for conflict: N.Korea 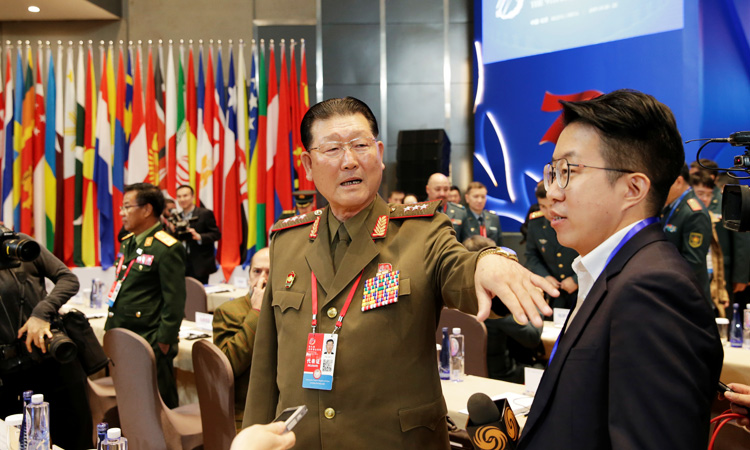 Journalists try to interview Kim Hyong Ryong ahead of the ceremony in Beijing. Jason Lee/Reuters

The United States and South Korea must produce new solutions for the current standoff in the Korean Peninsula, a senior North Korean military official said on Monday, warning that hostile policies towards Pyongyang will lead to serious consequences.

Kim Hyong Ryong, North Korea’s Vice Minister of the People’s Armed Forces, said at the Xiangshan Forum in Beijing that North Korea has made endless efforts to build lasting peace and criticised the US’ “anachronistic” policy towards Pyongyang.