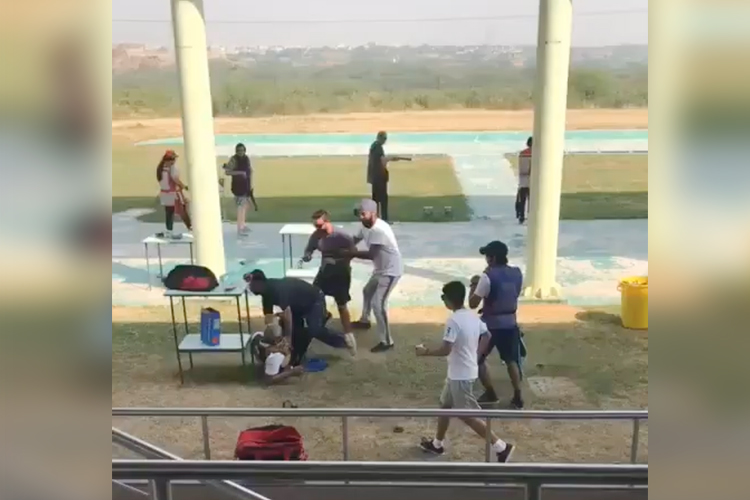 A video grab of the incident at Karni Singh Shooting Range in Tughlakabad, New Delhi.

Ugly scenes were witnessed at Delhi’s iconic Karni Singh Shooting Range (KSSR) in Tughlakabad area when two shooters were involved in a scuffle.

The two shooters started fighting with each other in broad daylight close to the firing area where other shooters were still training.

Delhi based shooter Shimon Sharif on Sunday tweeted a 40-second long video of the incident in which the duo can be seen hitting each other, using their hands and legs while other people present at the spot are seen trying to restrain them.

The identity of the shooters could not be ascertained.

"All is not well at the iconic Dr. Karni Singh Shooting Range," tweeted Sharif along with the video and tagged Union Sports Minister Kiren Rijiju, National Rifle Association of India (NRAI) President Raninder Singh and Sports Authority of India (SAI).

Reportedly, NRAI has also taken cognizance of the incident and had launched a probe. 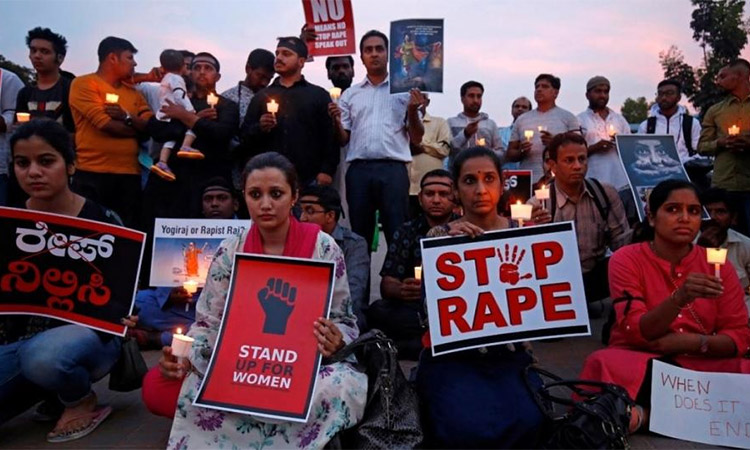