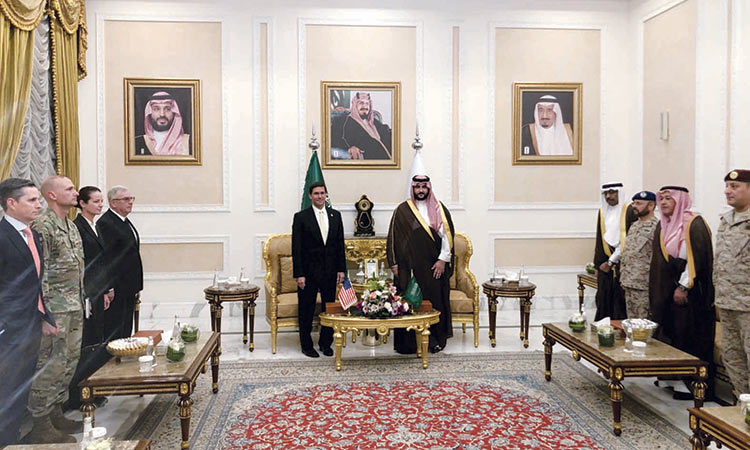 US Defence Secretary Mark Esper arrived in Saudi Arabia on Monday, with tensions simmering between Washington and Tehran, and Russia seeking to boost its influence in the Middle East.

Esper is likely to meet King Salman and Crown Prince Mohammed Bin Salman on his first trip to the key regional ally since taking office this summer, a visit intended partly to reassure Riyadh over bilateral ties.

Upon landing in Riyadh, he met the head of US Central Command, which is responsible for military operations in the Middle East and Afghanistan.

US-Iran tensions have risen to new highs since May 2018, when the Trump administration withdrew from an international accord that put limits on Tehran’s nuclear programme in exchange for easing sanctions.

As reinstated sanctions put pressure on Iran’s economy, there have been a series of attacks which Washington and close allies blame on Tehran. Iran denies responsibility.

The United States has deployed about 3,000 additional military forces since May to bolster Saudi defences, including an air expeditionary wing and air defence personnel.

Despite the additional troops, President Donald Trump’s sudden withdrawal of forces from northeastern Syria has raised questions about Washington’s commitment to allies and opened the door for Russia to increase its regional influence.

The move was criticized as a betrayal of Kurdish allies who fought for years alongside US troops against Daesh. Esper said on Monday that at least some troops might stay to deny Daesh and others access to oil fields.

A senior US defence official said the United States still wants to be seen as the partner of choice in the region and Russia was not as dependable, whether it be the level of training or the military equipment it can provide.

“That being said, the Gulf, they feel vulnerable. They feel exposed, understandably so,” the official said. “They’re having diplomatic relationships with all relevant players in the region and Russia, particularly since its activities in Syria, has shown itself to be a player in the region now.” President Vladimir Putin signalled Moscow’s growing Middle East clout last week on his first visit to Saudi Arabia in over a decade, buoyed by Russian military gains in Syria, strong ties with regional rivals and energy cooperation. 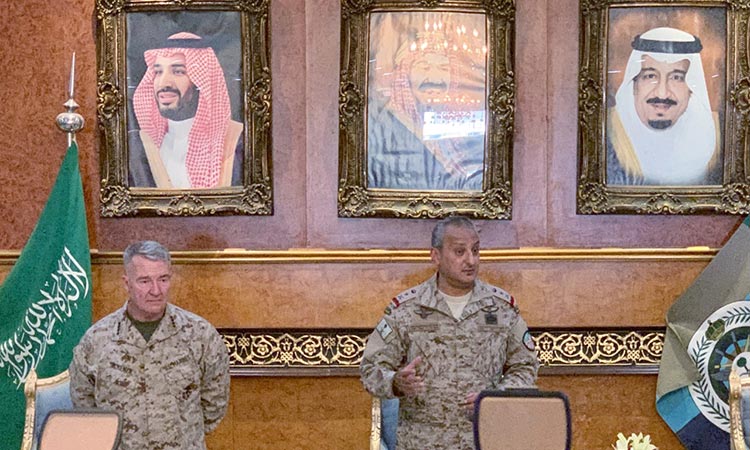