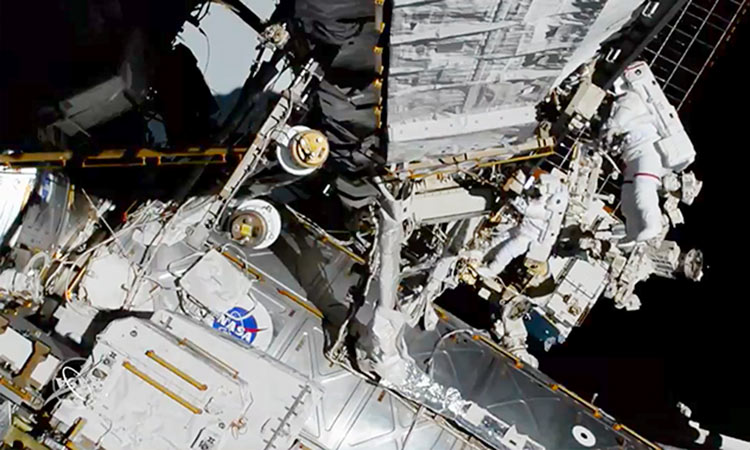 More than 50 years after Russian astronaut Valentina Tereshkova became the first woman to venture into space, two American women, Christina Koch and Jessica Mei, turned out to be the first female duo to carry out a spacewalk on Friday. With this mission, women's empowerment has entered a whole new dimension, much to the delight of womankind not just in the US but all over the globe.

Far away in the UAE, the first Emirati astronaut to embark on a mission to space, Hazzaa Al Mansoori, was equally happy. He tweeted, "Today is a special day as it marks the first ever all-female spacewalk. Congratulations to the crew back at the International Space Station, Astronauts @Astro_Jessica and @Astro_Christina on this historic achievement!"

In what is perceived to be a traditionally male-dominated world, even in Nasa, the two trailblazers showed that women could also be tough as nails, and not fear to tread upon, or even sidestep, male domain.

"Christina, you may egress the airlock," spacecraft communicator Stephanie Wilson told the pair shortly after they set out to replace a power controller on the International space Station at 1138 GMT. 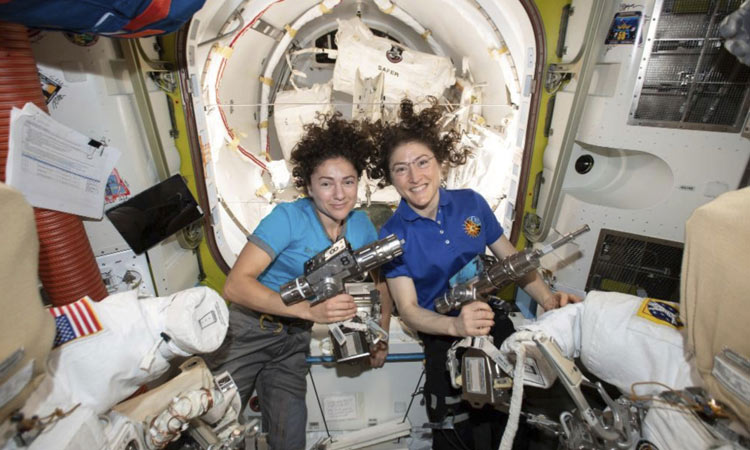 US astronauts Jessica Meir (left) and Christina Koch pose for a photo in the International Space Station on Friday. AP

They began their mission making standard safety checks on their suits and tethers, before making their way to the repair site. 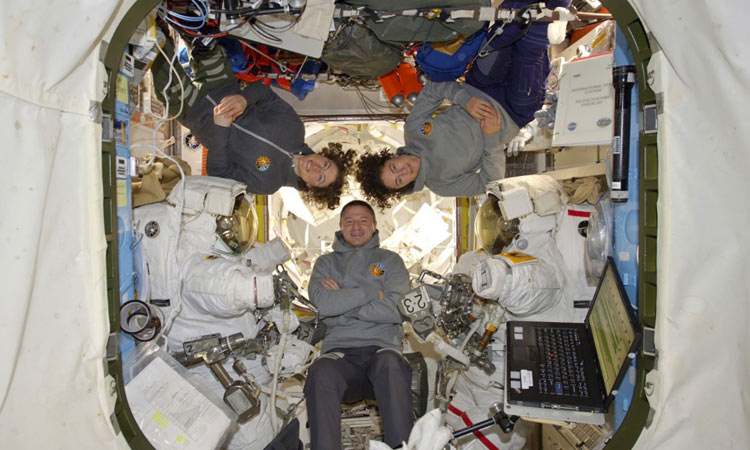 "We want to make sure that space is available to all people, and this is another milestone in that evolution.

"I have an 11-year-old daughter, I want her to see herself as having all the same opportunities that I found myself as having when I was growing up."

The first such mission was supposed to take place in March but was cancelled because the space agency had only one medium-sized suit, with a male-female combination performing the required task at a later date.

Traditionally male-ruled Nasa's failure to be adequately prepared was denounced in some quarters as evidence of implicit sexism.

Koch, an electrical engineer, was leading Meir, who holds a doctorate in marine biology and is making her first ever spacewalk. 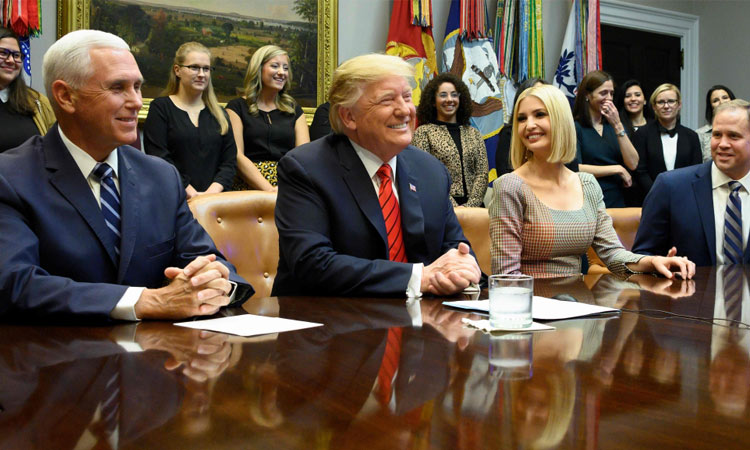 Trump arrives to speak to Nasa astronauts carrying out the first ever all-female spacewalk, during a call from the Roosevelt Room of the White House, on Friday as Mike Pence and Ivanka Trump look on. AFP

The two were working to replace a faulty battery charge/discharge unit, known as a BCDU.

The station relies on solar power but is out of direct sunlight for much of its orbit and therefore needs batteries, and the BCDUs regulate the amount of charge that goes into them.

The current task was announced on Monday and is part of a wider mission of replacing aging nickel-hydrogen batteries with higher capacity lithium-ion units.

The US sent its first female astronaut into space in 1983, when Sally Ride took part in the seventh space Shuttle mission, and has now had more women astronauts than any other country.

But the first woman in space was Soviet cosmonaut Valentina Tereshkova in 1963, followed by compatriot Svetlana Savitskaya in 1982, who was also the first woman spacewalker two years later.

The spacewalk comes as Nasa plans to return to the Moon by 2024 under the Artemis mission, named after the twin sister of Apollo in Greek mythology.

The mission will see the first woman set foot on the lunar surface, possibly as part of an all-woman team.