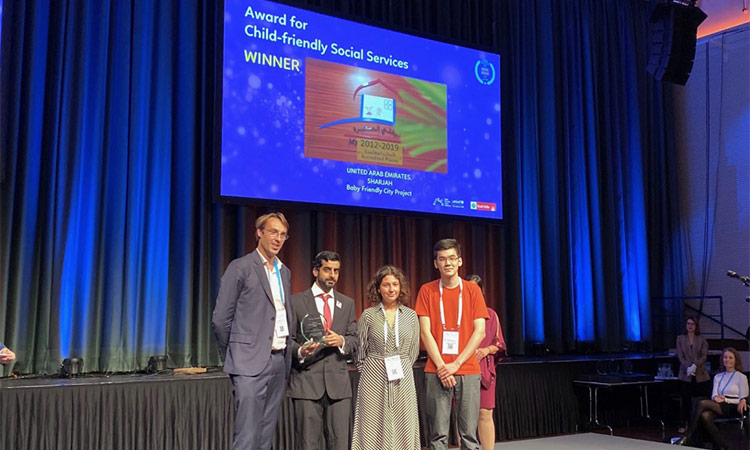 Sheikh Salem Bin Abdulrahman Al Qasimi, Chairman of the Sharjah Ruler's Office, received the award on Thursday on the sidelines of the First international Child-Friendly Cities Summit, which concluded in Cologne on Friday.

The “Sharjah Child-Friendly” project led the emirate to win the 'Child-Friendly Social Services' category of the Award from among 227 projects presented across the six award categories. 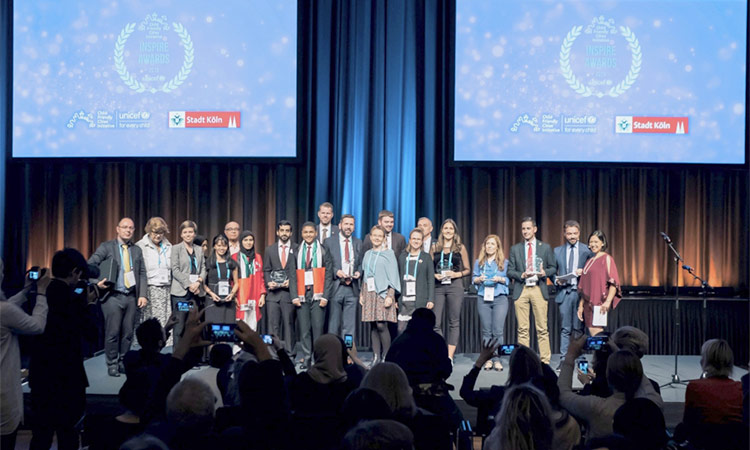 Officials pose for a photograph during the First International Child-Friendly Cities Summit in Cologne. WAM

The project was launched in 2011 under an Emiri decree issued by His Highness Dr Sheikh Sultan Bin Mohammed Al Qasimi, Supreme Council Member and Ruler of Sharjah, and headed by Sheikha Bodour Bint Sultan Al Qasimi, Chairperson of Sharjah Baby Friendly Office (SBFO), the body responsible for the project. Aiming to establish a healthy life, the projects encourages mothers to breastfeed their children by creating a supportive environment for them.

SBFO aims to improve breastfeeding rates in the emirate by equipping health facilities and institutions dealing with mothers and infants.

SBFO participated in the first session of the Unicef’s Child-Friendly Cities Summit 2019, along with more than 550 municipality heads, local leaders, experts and children from more than 60 countries around the world.

The summit had three key sessions on children's community participation, children's rights and urban planning, as well as family-friendly policies. The conference highlighted key issues and ways to make communities a better place for children.

Commenting on the win, D. Al Ghazal said that this award is the culmination of the efforts of the emirate of Sharjah under the directives of Dr Sheikh Sultan and Her Highness Sheikha Jawaher Bint Mohammed Al Qasimi, wife of His Highness the Ruler of Sharjah and Chairperson of the Supreme Council for Family Affairs, in providing an integrated environment for the upbringing of healthy, stable and safe generations.