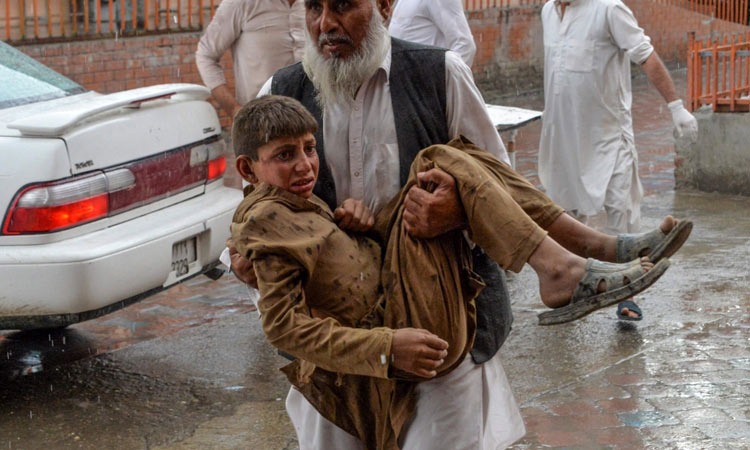 A volunteer carries an injured youth to hospital, following a bomb blast in Haska Mina district of Nangarhar Province on Friday. AFP

prayer that resulted in the death and injury of a number of worshipers.

The Ministry of Foreign Affairs and International Cooperation (MoFAIC) affirmed in a statement that the UAE expresses its utter condemnation of this criminal act and rejects all forms of violence and terrorism that destabilise security and stability while undermining all religious and humanitarian principles.

The Ministry also expressed its sincere condolences and sympathies to the families of victims affected by this heinous act of terrorism and wishes for a speedy recovery to those injured in the attack.

Blasts in a mosque in eastern Afghanistan during Friday prayers killed at least 62 men who had gathered for worship, local officials said.

Attaullah Khogyani, spokesman for Nangarhar province's governor, said there were multiple blasts from explosives placed inside the mosque in the Jawdara area of Haska Mena district.

The roof of the mosque had completely fallen in. 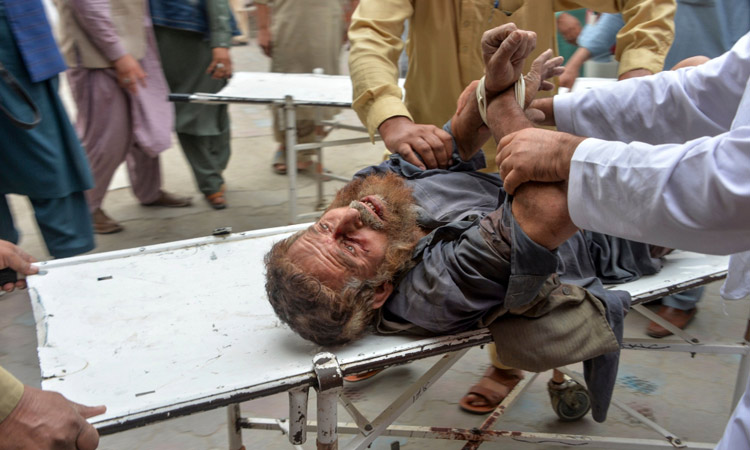 Volunteers carry an injured man on a stretcher to a hospital, following a bomb blast in Afghanistan. AFP

Sohrab Qaderi, a member of the provincial council in Nangarhar, while expecting a rise in the number of casualties, said that more than 100 others had been wounded.

Malik Mohammadi Gul Shinwari, a tribal elder from the area, said that the mosque had completely collapsed.

"It was a heartbreaking scene I witnessed with my eyes," Shinwari said, adding that 32 bodies and scores of injured have been transported from the blast site. 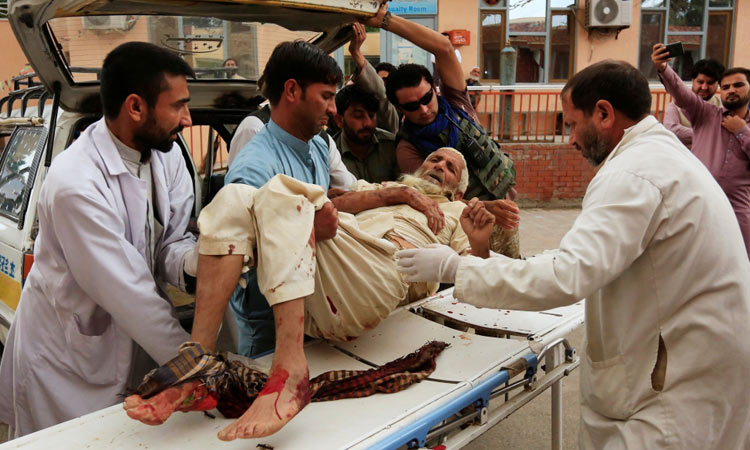 Men carry an injured person to a hospital after a bomb blast at a mosque, in Jalalabad. Reuters

Tezab Khan, a member of the local police who was on duty in the area, said: "I could hear the Mullah who was preaching and suddenly his voice was silenced with a boom,"

"When I arrived on the scene, people were trying to bring out the bodies and injured who were stuck under the fallen roof."

The Jawdara area is controlled by the Afghan security forces. No militant group has claimed responsibility for the blasts so far.

The Taliban and Daesh fighters are actively operating in parts of Nangarhar that share a border with Pakistan in the east.

A United Nations report on civilian casualties recorded 4,313 civilians killed and wounded in the past three months.