Guns in northern Syria to fall silent – for five days 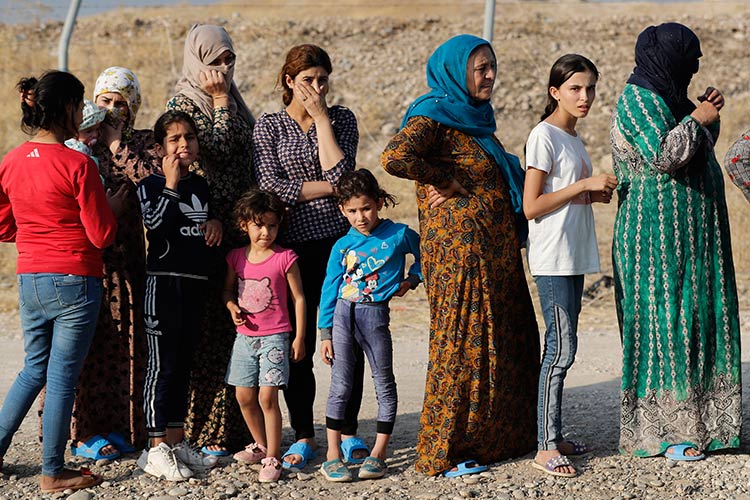 Syrian women who were displaced by the Turkish military operation line up to receive aid in Iraq. AP

The guns will fall silent in northern Syria – for five days. Turkey and the US have reached a pact on a ceasefire in the conflict-ridden area, which has been praised by President Donald Trump.

Under the accord Turkey would put the brakes on attacks against the YPG militia for 120 hours to allow a withdrawal of Kurdish-led forces from a 'safe zone' Ankara intended to capture. The Kurds were not involved in the agreement.

“It's a great day for the United States," Trump said in Fort Worth, Texas. 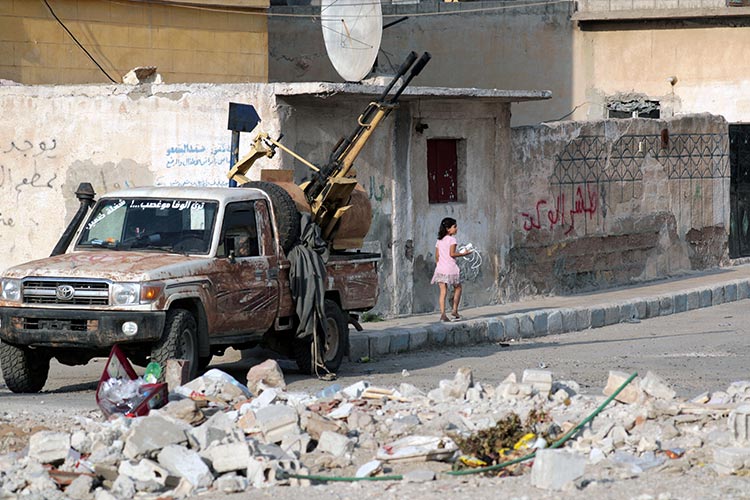 A girl walks near a truck mounted with a weapon in the border town of Tal Abyad, Syria. Reuters

But Trump has the iffy distinction of saying one thing today and another tomorrow.

He said Turkish President Recep Tayyip Erdogan is a “hell of a leader. I think he is very smart.”

In a letter on the day Turkey launched the offensive, he told Erdogan, “Don't be a tough guy. Don't be a fool.”

However, Turkish Foreign Minister Mevlut Cavusoglu said it was not a ceasefire. "We will pause Operation Peace Spring for PKK/YPG to leave the safe zone. This is not a ceasefire – ceasefires can only happen between two legitimate sides," he told a news conference. 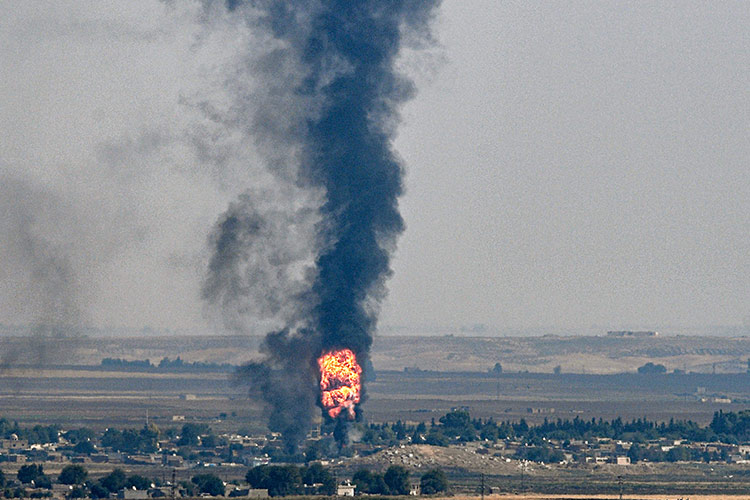 Smoke and fire rise from the Syrian town of Ras Al-Ain after an aerial attack by Turkish forces. AFP

The operations would be totally halted if and when the “terrorist elements” completely leave the safe zone.

Ankara considers the YPG a terrorist organisation with links to Kurdistan Workers Party (PKK) militants in Turkey. YPG had joined hands with the Americans in the fight against Daesh.

Cavusoglu said the two sides had agreed for heavy arms to be taken from the YPG and for their positions to be destroyed, fulfilling a long-held request by Ankara.

He said Turkey would discuss the town of Manbij and other regions with Russia, which, along with the Syrian government forces, have deployed in several positions vacated by the United States. 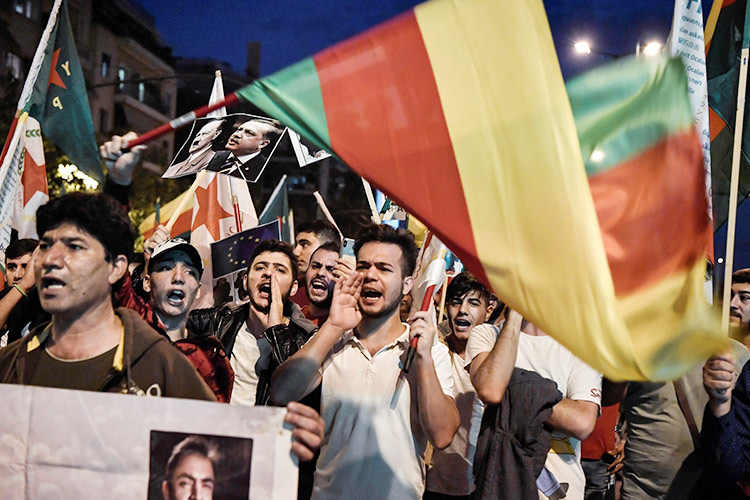 Potestors waving Kurdish flags and chanting slogans take part in a demonstration outside the US embassy in Athens. AFP

US Vice President Mike Pence said on Thursday he had reached a deal with Turkish President Tayyip Erdogan on the ceasefire.

The deal struck with Erdogan also provided for Turkey not to engage in military operations in the flashpoint Syrian border town of Kobani.

The pact helped in easing strained relations between Turkey and the United States.

The Turkish assault has created a new humanitarian crisis in Syria with 200,000 civilians taking flight, a security alert over thousands of Daesh fighters abandoned in Kurdish jails, and a political firestorm at home for President Donald Trump.