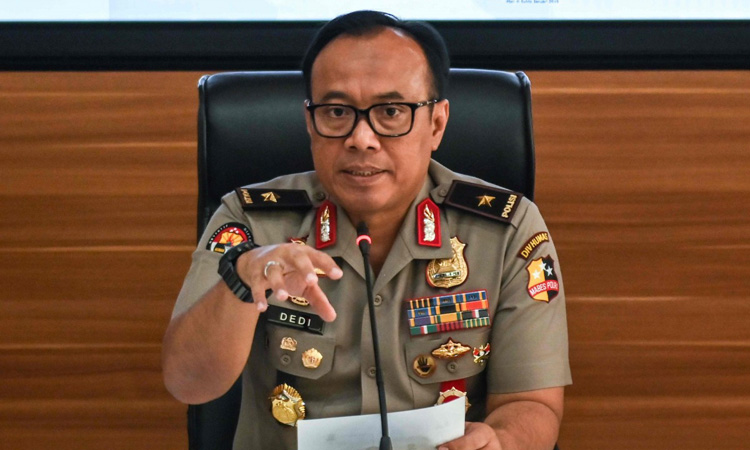 Indonesian police say they have arrested 36 suspected militants ahead of the presidential inauguration that will be attended by Asian leaders.

National police spokesman Dedi Prasetyo said on Thursday the arrests in eight provinces in the past week followed a tipoff about possible attacks against police and worship places in several areas.

Last week, a militant couple were arrested over the stabbing of Indonesia's top security minister, Wiranto, who is recovering from his wounds.

Prasetyo said 31,000 security personnel were being deployed to secure the capital during the inauguration of President Joko Widodo at a parliamentary ceremony, though there has been no warning of a possible attack at the event.

Widodo was reelected in April with 55.5% of the vote.