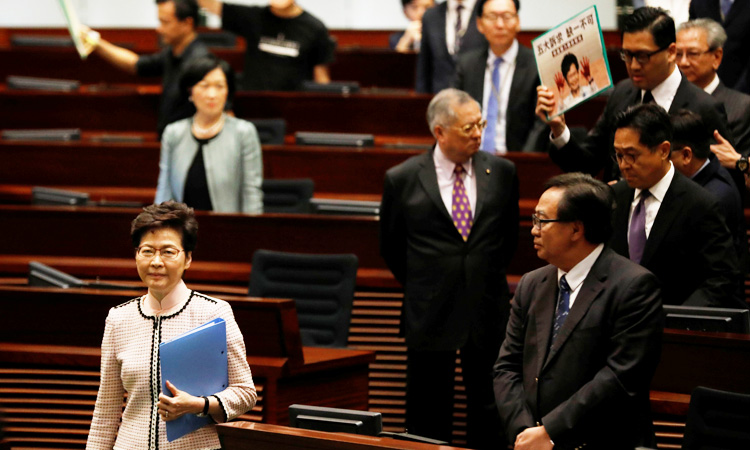 Hong Kong leader Carrie Lam was forced to halt her annual policy address on Wednesday after some lawmakers disrupted the session, shouting and jeering as she started her speech.

Lam was due to announce a raft of property initiatives in a bid to restore confidence in her administration after more than four months of anti-government protests. 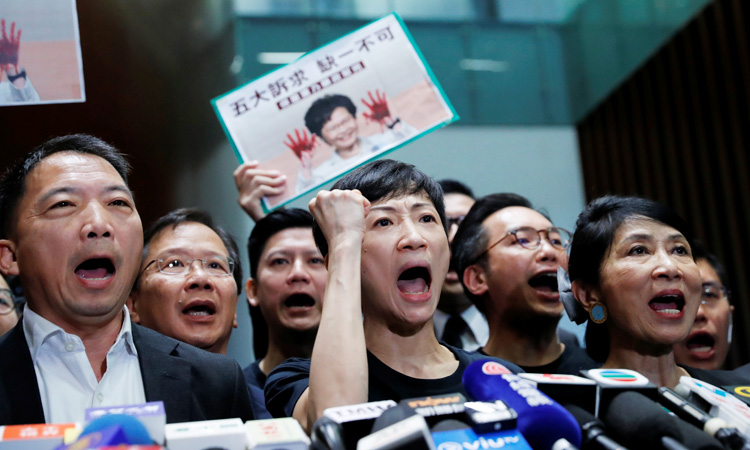 Beijing-backed Lam, who has rejected calls for her to stand down, was due to present her third policy address as escalating violence has plunged the Chinese-ruled city into its biggest political crisis in decades. 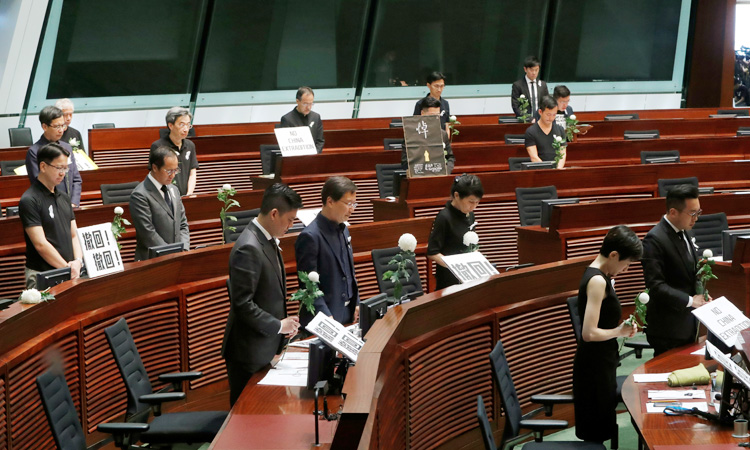 Members of Hong Kong’s legislature met on Wednesday for the first time since the largest anti-government protest in the city’s history, with many opposition lawmakers slamming the pro-Beijing administration’s