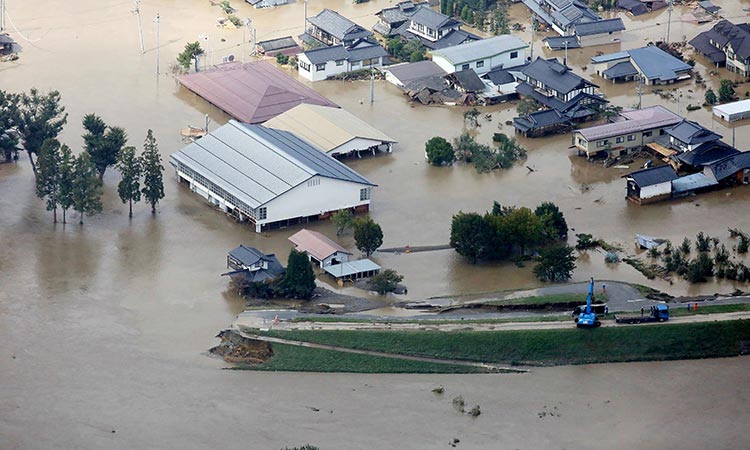 Tens of thousands of rescue workers in Japan battled on Monday to find survivors of a powerful typhoon that killed at least 48 people, as fresh rain threatened to hamper efforts.

"Even now, many people are still unaccounted for in the disaster-hit area," Prime Minister Shinzo Abe told an emergency disaster meeting on Monday. 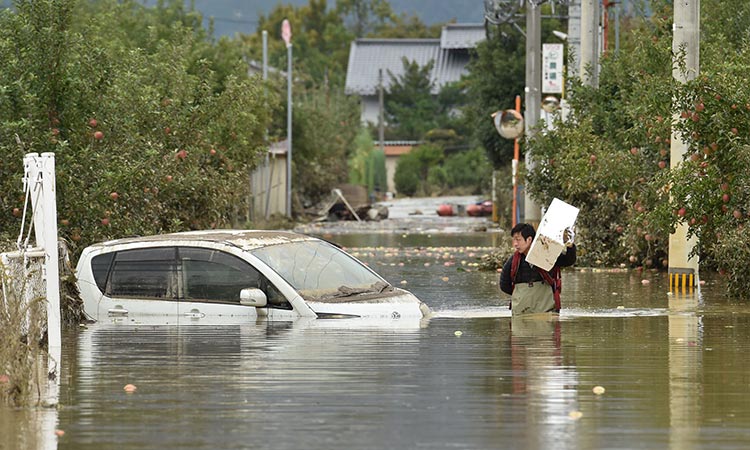 A man wades through floodwaters in the aftermath of Typhoon Hagibis in Nagano. Kazuhiro Nogi/AFP

"Units are trying their best to search for and rescue them, working day and night," Abe said.

But even as rescuers, including troops, combed through debris, the country's weather agency forecast rain in central and eastern Japan that it warned could cause further flooding and new landslides.

"I would like to ask people to stay fully vigilant and continue watching for landslides and river flooding," Chief Cabinet Secretary Yoshihide Suga told a news conference.

In Nagano, one of the worst-hit regions, rain was already falling and was expect to intensify. 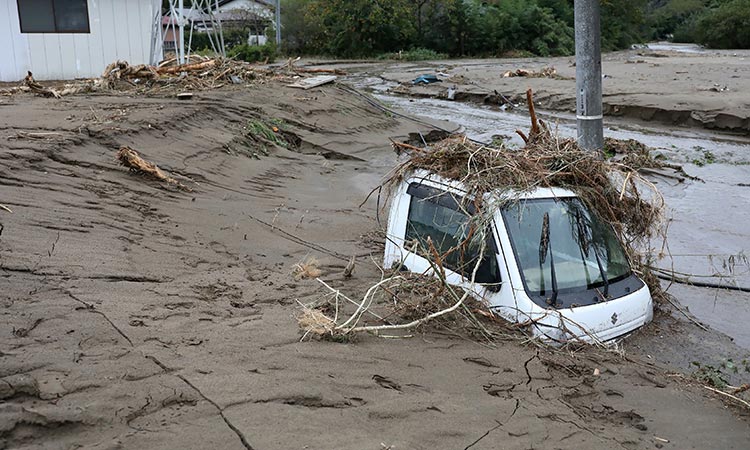 A vehicle is buried in mud after a heavy flood caused by Typhoon Hagibis in Marumori, Miyagi prefecture. AFP

"We are concerned about the impact of the latest rain on rescue and recovery efforts," local official Hiroki Yamaguchi told AFP.

"We will continue operations while watching out for secondary disasters due to the current rain."

By late Monday afternoon, national broadcaster NHK said the toll had risen to 48 dead, with 16 others missing and over 200 people injured. The government gave lower figures but was continuing to update its information.

The dead included a municipal worker whose car was overcome by floodwaters and at least seven crew from a cargo ship that sank in Tokyo Bay on Saturday night, a coast guard spokesman said.

Four others, from China, Myanmar and Vietnam, were rescued when the boat sank and the coast guard was still searching for a last crew member.

While Hagibis, one of the most powerful storms to hit the Tokyo area in decades, packed wind gusts of up to 216 kilometres (134 miles) per hour, it was the heavy rains that caused most damage. 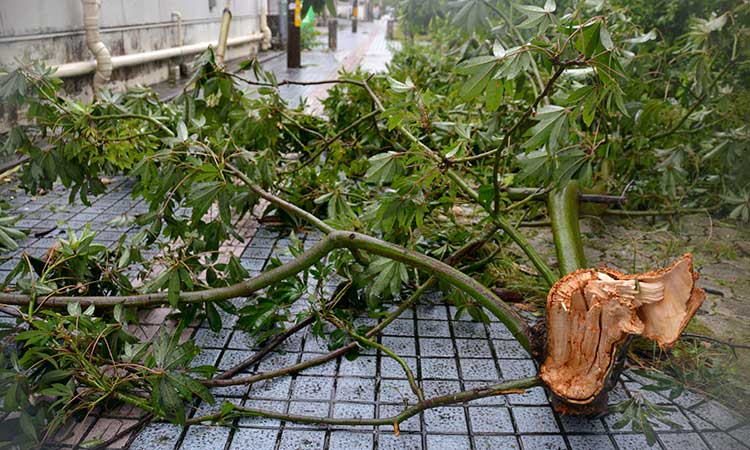