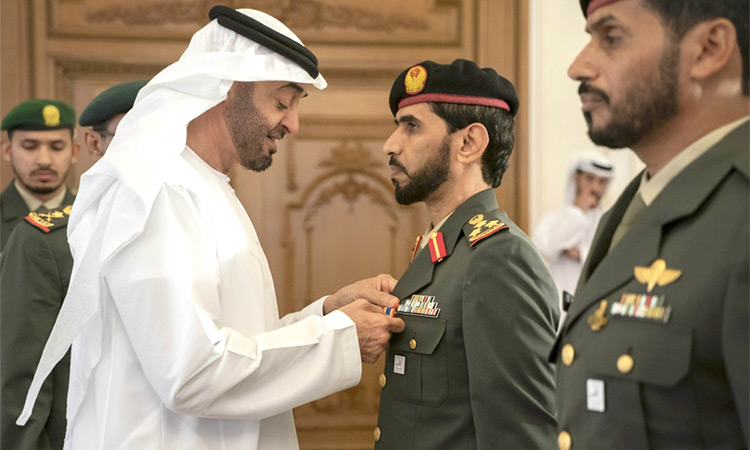 Sheikh Mohamed Bin Zayed honours an officer of the UAE Armed Forces during a ceremony in Abu Dhabi on Monday. WAM 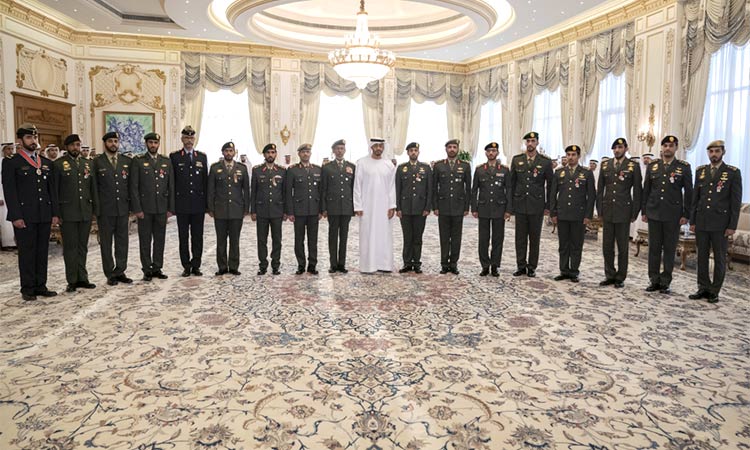 Sheikh Mohamed poses for a photograph with members of the UAE Armed Forces during a ceremony at Al Bahr Palace. WAM

Sheikh Mohamed Bin Zayed said he was proud of the nation's protectors for their loyalty and bravery in the fields of right, dignity and high spirit of responsibility within the UAE and abroad. 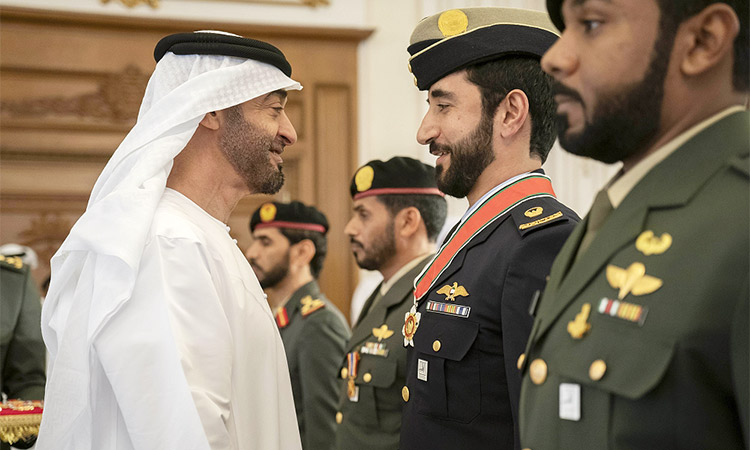 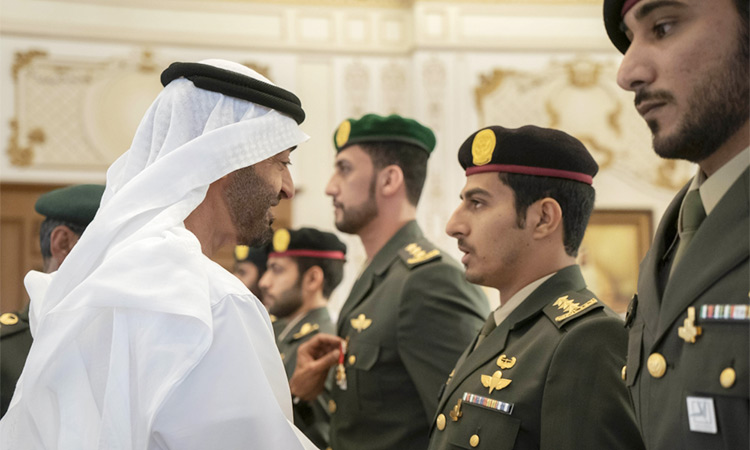 Sheikh Mohamed Bin Zayed honours an officer of the UAE Armed Forces during a ceremony at Al Bahr Palace.

Unification of Armed Forces is crucial, decisive decision in history of our nation: Mohamed Bin Zayed