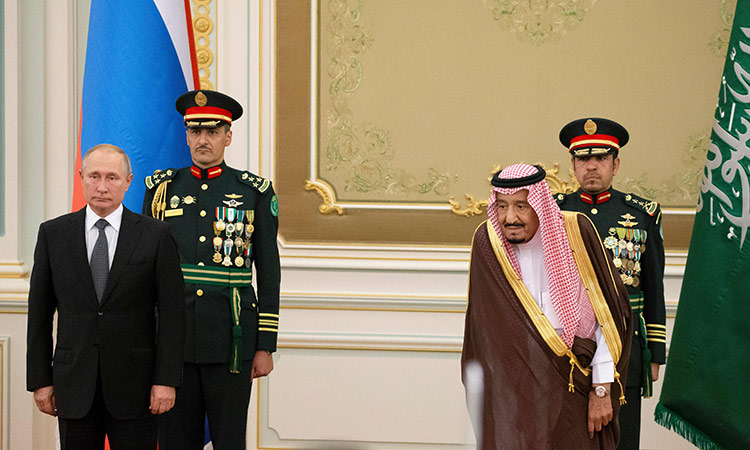 Russian President Vladimir Putin travelled to Saudi Arabia on Monday, meeting with Saudi King and Crown Prince as he seeks to cement Moscow's political and energy ties across the Mideast.

Putin received all the trappings of a state visit, with a mounted guard escorting his limousine to King Salman's Al Yamamah palace in Riyadh on his first visit to the kingdom since 2007.

Saudi Arabia remains worried about Iran. Since President Donald Trump pulled out of Tehran's nuclear deal with world powers over a year ago, risks have risen in the Arabian Gulf.

Since the summer, a series of attacks have targeted oil tankers in the region.

These attacks culminated in a Sept.14 drone-and-cruise-missile assault that knocked out half of Saudi Arabia's oil production.

The US blames Iran for the attack.