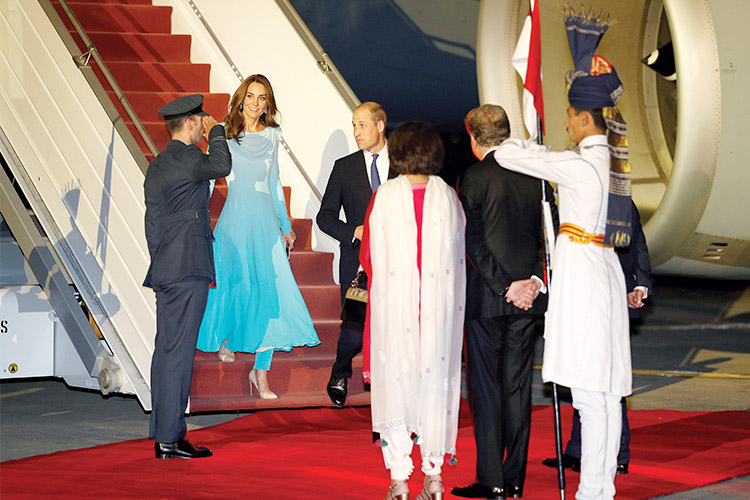 Prince William and Kate arrive at Nur Khan base in Islamabad. AP

Britain's Prince William and his wife Kate arrived in Pakistan's capital, Islamabad on Monday on a five-day visit, which authorities say will help further improve relations between the two countries.

The British royal family said the visit encompasses "the modern leafy capital Islamabad, the vibrant city of Lahore, the mountainous countryside in the North, and the rugged border regions to the West."

It's "the most complex tour undertaken by The Duke and Duchess to date, given the logistical and security considerations," according to a statement released ahead of the visit. 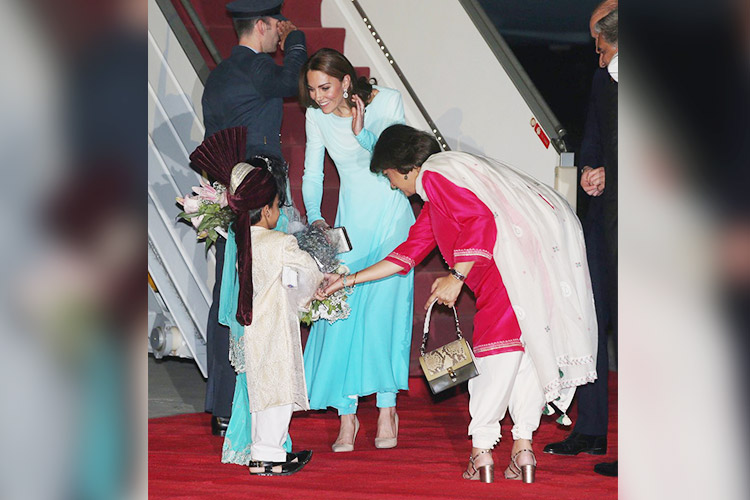 It said while the Duke and Duchess's program will pay respect to the historical relationship between Britain and Pakistan, "it will largely focus on showcasing Pakistan as it is today - a dynamic, aspirational and forward-looking nation."

Britain ended its colonial rule over the Indian subcontinent in 1947 and divided it into two nations, India and Pakistan. This sparked massive rioting that killed up to 1 million people and displaced another 15 million.

The statement said the royal couple's program will also look at how Pakistan is addressing problems related to the climate change crisis.

Khan is set to meet with the royal couple during the visit, which ends on Oct. 18.