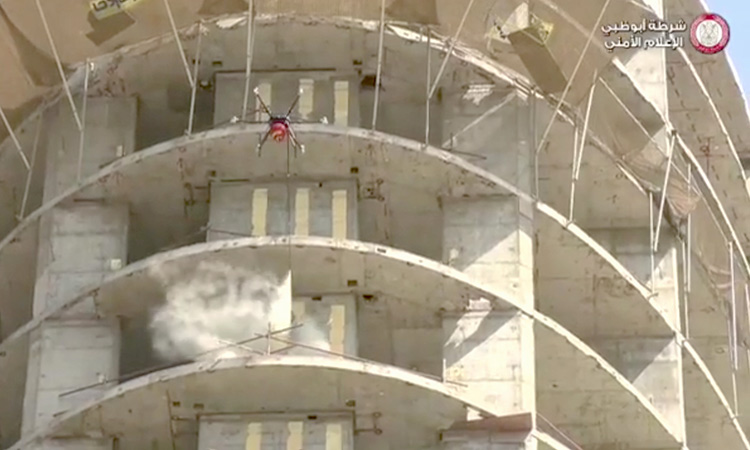 A drone displays its fire extinguishing capabilities during its trial.

The General Directorate of Civil Defence Abu Dhabi has carried out a practical experiment to use the drone to douse a fire in a tower under construction by Hydra Real Estate Company in Al Reem Island.

Brigadier Mohammed Ibrahim Al Ameri, Deputy Director General of Civil Defence Abu Dhabi, stressed the importance of using modern and advanced methods in the fight against fires and when dealing with accidents and emergencies, which contributes to boost in security and safety.

The drone has two main characteristics of extinguishing, namely the use of chemical powder and extinguishing method using the projectile directly at the fire.

The event was attended by Major Khalifa Saeed Al Humairi, Head of Innovation and Development Team, and a number of specialists from the concerned authorities.