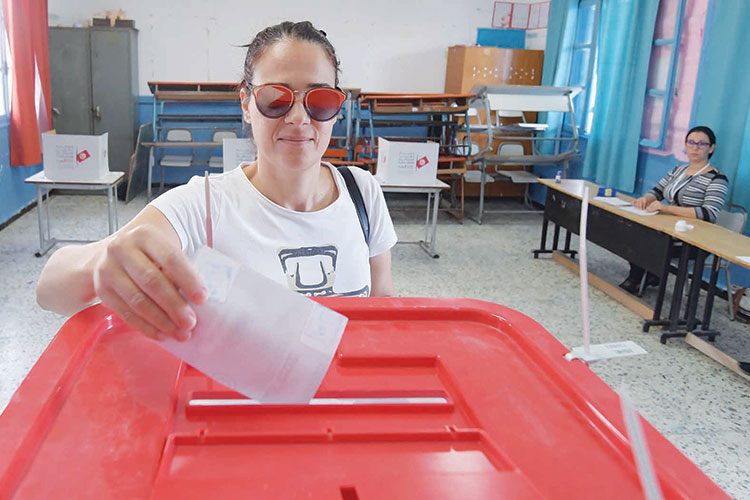 A woman casts her ballot at a polling station in Tunis on Sunday. Agence France-Presse

Sunday’s decisive runoff pits Kais Saied, an independent law professor, against Nabil Karoui, a media mogul facing corruption allegations, after they won more votes than any of the other 24 candidates in the first round last month.

At a polling station in the working class Ettadamon district of Tunis, there seemed to be greater excitement than in the first round or last week’s parliament election, as officials announced turnout was higher than in those votes.

Outside the school where voters cast their ballots, a man stood haranguing passers by, urging them to vote against Karoui, until a policeman asked him to quieten down.

Inside, Hanan Madouri, a 25-year-old call centre worker in a big straw hat, said she would vote for Saied, citing the corruption trial hanging over his opponent. “I want to vote for a correct, serious person,” she said.

The two candidates offer starkly different options for president: Saied has spent almost nothing on his campaign, has the backing of both leftists and religious parties, and wants Tunisia to adopt an experimental form of direct democracy.

Karoui has courted the poor, showcasing his philanthropy on the television station he owns, but has also appealed to the business elite and to some secular Tunisians worried about Saied’s conservative social views. Karoui was arrested in August and held pending a verdict in his trial for money laundering and tax evasion before a court released him on Wednesday. He denies the accusations against him.

Both candidates present themselves as outsiders taking on an establishment that has failed to improve Tunisia’s economy or arrest a decline in living standards since the 2011 revolution that introduced democracy and inspired the “Arab spring.”

Dissatisfaction with the political elite was evident in both the first round vote and last week’s legislative election, as major parties lost ground, independents did well, and turnout was low.

At midday on Sunday, turnout was 17.8%, according to the electoral commission, compared to only 12% at the same time in the first round and 7.8% in the parliamentary election.

Opposite the Ettadamon polling station, Othman Dabbousi, 63, sat next to his fruit stand and said he would not vote, preferring a non-democratic system of rule. “There is a lot of chaos in this country and it needs a strong man,” he said.

Nearby, a soldier stood with a hand on her assault rifle watching over the polling station, a reminder of the militant attacks that have sporadically shaken Tunisia, threatening its tourism industry and alarming voters.

Whoever wins the presidential race, along with any governing coalition that can be forged in the fragmented parliament, will face the same problems that have bedevilled recent governments: unemployment of 15%, inflation of 6.8% and high public debt.

An international election monitoring team in Tunisia raised concern on Sunday about the fairness of the vote, however, because of Karoui’s detention during much of the run-up to the election including the first round vote.

“This is not business as usual,” said Les Campbell, joint leader of the National Democratic Institute and International Republican Institute observer mission in Tunisia.

“The playing field was disrupted and that was a significant factor in the election,” the electoral monitor said.

At a polling booth in the upmarket Lac area of northern Tunis where Karoui also voted, 21-year-old student Najwa Salmi said she had travelled from her university in the city of Sousse to vote.

“We want a president who respects his powers... we don’t need one who will bring in his family,” she said, without saying who she would vote for.

She had not voted in either the first-round of the presidential election or in the parliamentary poll.

“But today I vote to support a candidate who will be president of all Tunisians and be fair,” she said. 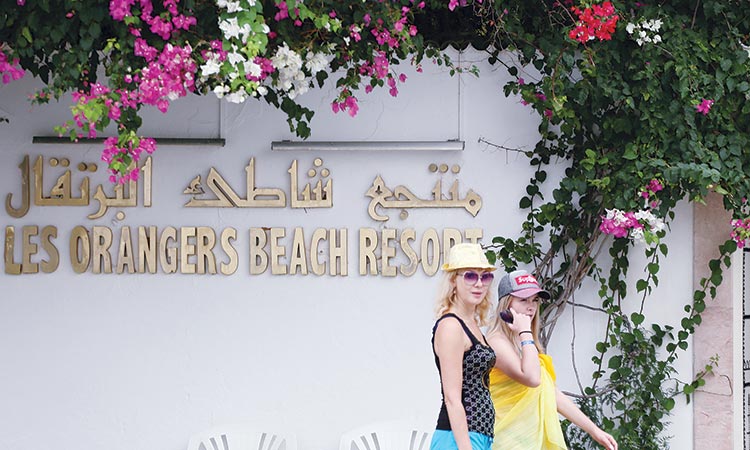 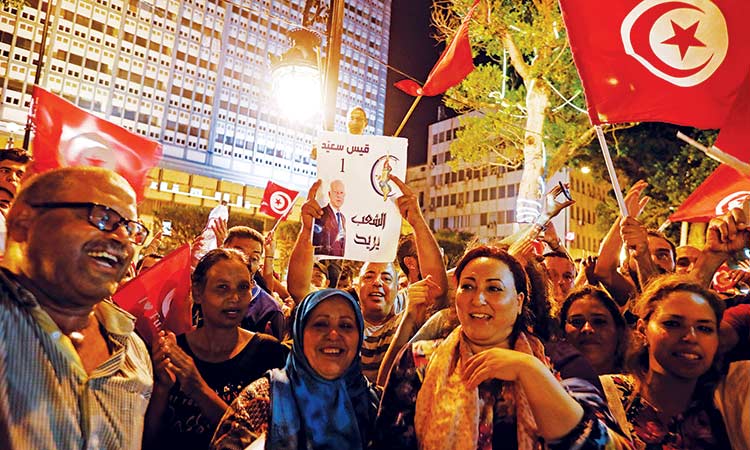