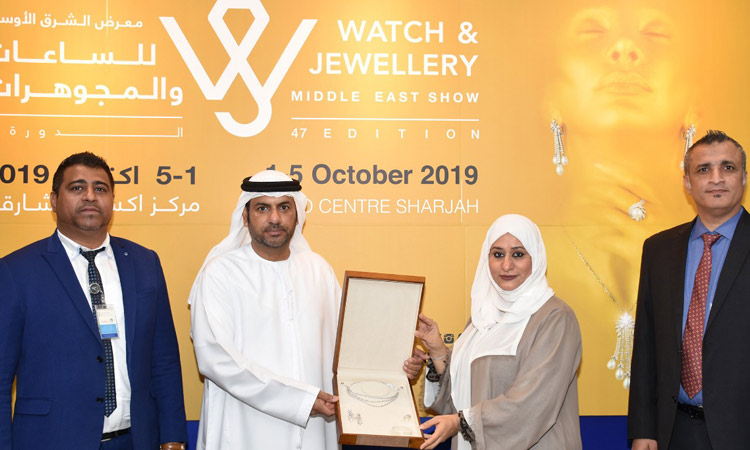 A lucky Emirati shopper has hit the jackpot, winning the grand prize in the mega raffle draw of the 47th Watch & Jewellery Middle East Show.

The grand prize winner Fatima Saleh expressed her profound happiness at winning the gold prize, thanking Expo Centre Sharjah for its sustained efforts to ensure the satisfaction of all visitors and bring their dreams to reality, adding that she is very keen to always participate in the bi-annual event.

The Expo Centre Sharjah on Sunday, organised its much-awaited mega raffle draw of the largest and longest running event of its kind, which concluded its autumn edition 2019 with a resounding success on Oct.5. 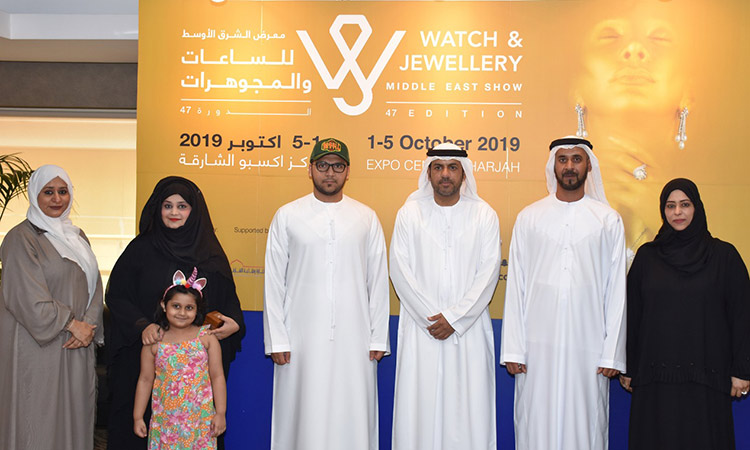 The prizes were presented to the winners by Marwan Al Mashghouni, Director of Government Relations, on behalf of Saif Mohammed Al Midfa, CEO of the Centre, in the presence of a number of senior directors.

The raffle draw was overseen by the Sharjah Economic Development Department (SEDD).

It is worth mentioning that the Watch & Jewellery Middle East Show has carved a niche of itself in terms of customer service and exceptional offers, becoming a must-visit event that has given an access to the latest designs of luxury watches and jewellery.

Al Midfa congratulated the eight winners, stressing that customer satisfaction is the ultimate goal that the centre seeks to achieve throughout all shows and activities that it hosts or organises.

“The exhibition’s fabulous prizes have no doubt played a significant role in attracting a huge number of jewellery and watches hunters, who exceed 66,000 visitors to various pavilions, enjoying a wonderful and fruitful shopping experience”, Al Midfa said.

“It was very obvious that the five-day event has left a positive impact on stimulating a number of vital business sectors related to consumer products and luxury goods in Sharjah”, the CEO of Expo Centre Sharjah added.

Al Midfa expressed his thanks and appreciation to the Sharjah Chamber of Commerce and Industry (SCCI) and to all sponsors, partners and employees who helped bring about the show’s resounding success.

​"I have spent almost half the money giving back to friends and family who lost their jobs because of the Covid-19 crisis, and I bought so many things for people in need,” Ben Samuel says.