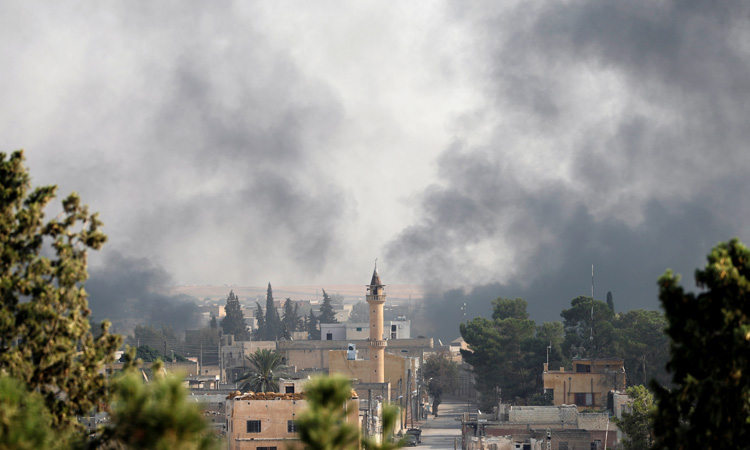 Smoke rises over the Syrian town of Tel Abyad, as seen from the Turkish border town of Akcakale in Sanliurfa province, Turkey on Thursday. Murad Sezer/ Reuters

The UN Security Council is considering a US-drafted text calling for Turkey, currently engaged in an offensive against Syrian Kurdish forces, to return to diplomacy, diplomatic sources said on Thursday.

The deliberations come after an emergency meeting earlier in the day in which the five European Council members were unable to convince the rest of the 15-state body to adopt a statement asking Turkey to halt its military operations in northern Syria. 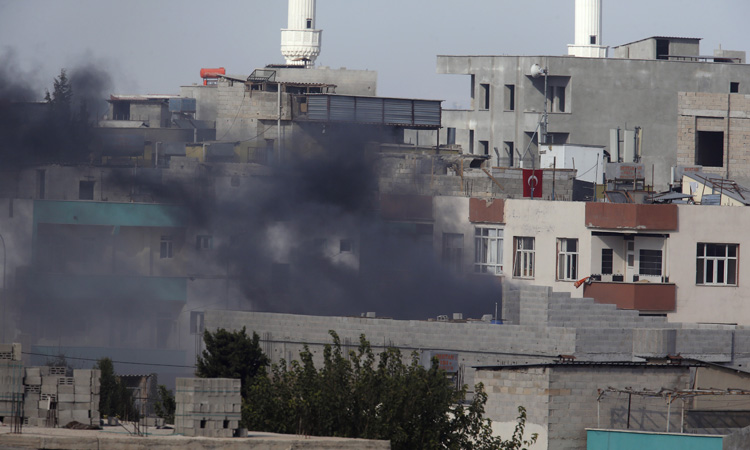 Smoke from a fire caused by an incoming mortar fired from the Syrian side, billows in Akcakale, Sanliurfa province, Turkey on Thursday.

France, Germany, Britain, Belgium and Poland were forced to deliver their statement alone, while the United States issued a separate statement asserting that it did not endorse the Turkish operation.

According to diplomats, Russia was the biggest obstacle to a united front from the whole Security Council. 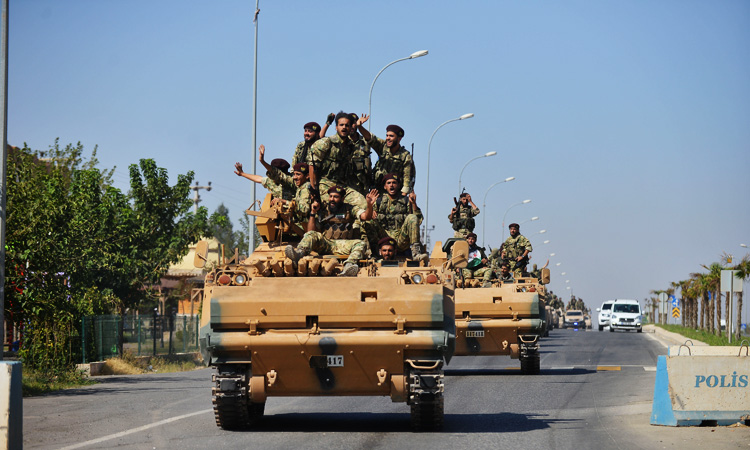 Members of Syrian National Army, known as Free Syrian Army, wave as they drive to cross into Syria near the Turkish border town of Ceylanpinar.

Russian ambassador to the UN Vassily Nebenzia said, “If there is a product of the Security Council, it should take into account other aspects of the Syrian crisis, not just the Turkish operation.”

“It should speak about the illegal military presence in that country,” he said, referencing the United States, France and Britain. 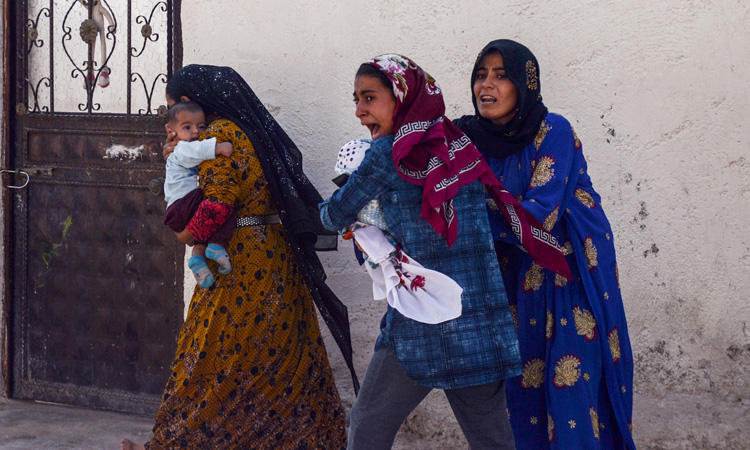 Women run out of their home after a rocket fired from Syria landed in their neighborhood in the Turkish border town of Akcakale.

The text proposed by Washington references a “deep concern” over the situation, but stops short of asking for an end to the offensive.

It asks Ankara to rely on diplomatic channels “rather than military” ones to achieve its objectives, diplomats said. 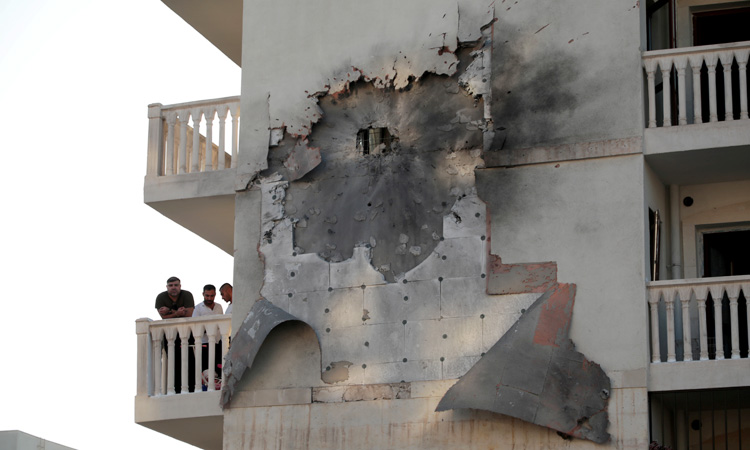 People look out from an apartment building which was damaged by a rocket fired from Syria, in Nusaybin.

It also calls for the protection of civilians and insists that any refugees' return should be on a voluntary basis.

A comment period was opened until Friday at 1400 GMT after Russia asked for time to consult with Moscow. The text will then either be dropped or move toward adoption, diplomats said.

On Thursday, US President Donald Trump raised the possibility that the United States mediate the conflict between Turkey and the Kurds, and a US official said Trump had asked American diplomats to broker a ceasefire.