US tariffs on China are working, says US Secretary of Commerce - GulfToday

US tariffs on China are working, says US Secretary of Commerce 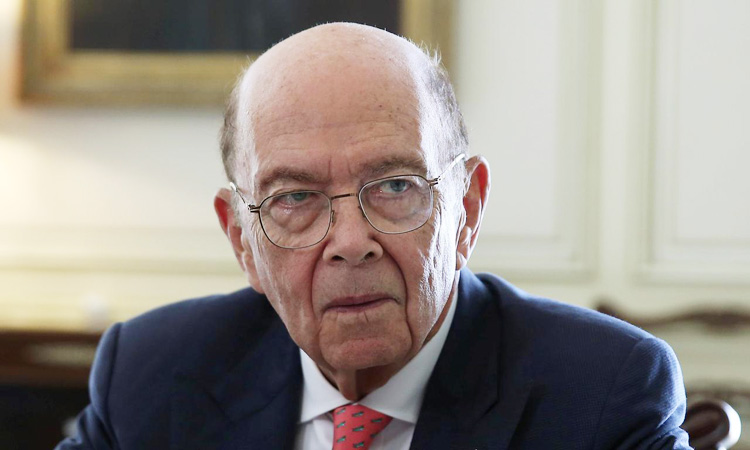 Tariffs are forcing China to pay attention to US concerns, Secretary of Commerce Wilbur Ross said in Sydney on Thursday.

Ross said the United States would have preferred not to implement tariffs against Chinese goods more than a year ago, but added that it has forced Beijing into action. The trade war has weighed on global growth and roiled financial markets.

“We do not love tariffs, in fact we would prefer not to use them, but after years of discussions and no action, tariffs are finally forcing China to pay attention to our concerns,” Ross told a business function held by the American Chamber of Commerce in Australia.

“We could have had a deal two-and-a-half years ago without going through the whole tit-for-tat on tariffs that we have.”

Ross is on an official visit to Australia.

Top US and Chinese trade and economic officials will meet in Washington on Thursday and Friday to try to end the escalating dispute.

Without a significant breakthrough, Washington is set to hike the tariff rate on $250 billion worth of Chinese goods to 30% from 25% next Tuesday.

Negotiators had made no progress in deputy-level trade talks held on Monday and Tuesday in Washington, the South China Morning Post (SCMP) said, citing unidentified sources with knowledge of the meetings.

The two sides have been at loggerheads over US demands that China improve protections of American intellectual property, end cyber theft and the forced transfer of technology to Chinese firms, curb industrial subsidies and increase US companies' access to largely closed Chinese markets.

Ross said the most difficult problem to solve in trade negotiations with China was making sure that the terms of an agreement would be adhered to.

“Given the magnitude and the complexity of the changes we need, enforcement becomes an extremely critical component of any agreement that we make.”