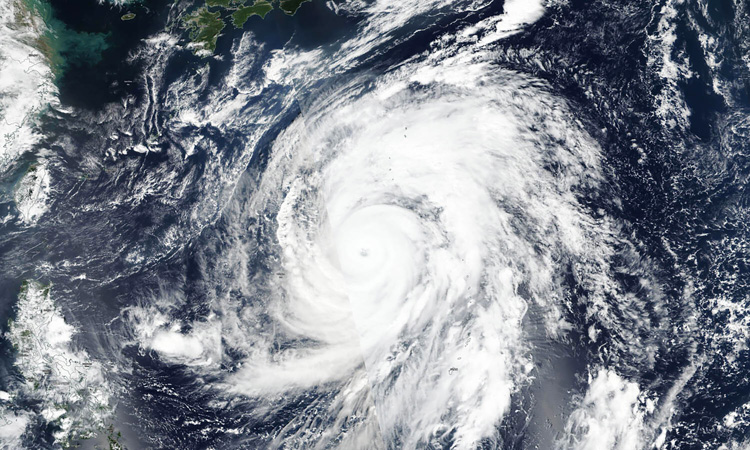 Japan’s weather agency is warning a powerful typhoon may bring torrential rains to central Japan over the weekend. NASA/ AP

Japan is bracing for an approaching super typhoon that is on track to hit central and eastern regions over the three-day weekend with potential damage from torrential rains and strong winds.

Typhoon Hagibis is packing maximum sustained winds of up to 270 kilometres (168 miles) and stronger gusts on Thursday morning near Chichi island in the Pacific, about 1,000 kilometres (620 miles) off Tokyo’s southern coast. It was moving north at the speed of 20 kph (12 mph) and is expected to weaken over cooler waters as it nears Japan’s main island.

It’s the equivalent of a Category 5 hurricane.

The Japan Meteorological Agency says the typhoon is forecast to hit ashore in the Tokyo area between Saturday and Sunday and urged people to take precautions to avoid potentially life-threatening danger. Japan’s central Pacific coast may see torrential rains beginning on Friday while high waves and tides may cause flooding.

Hagibis, which means speed in Filipino, has already caused cancellations of two Saturday matches of the Rugby World Cup being held in Japan. Organizers on Thursday announced cancellation of England-France match planned in Yokohama, near Tokyo, and New Zealand-Italy game in Toyoda, in central Japan.

Organizers also canceled a marathon event in Sendai and other northern coastal towns on Saturday and Sunday. Formula One auto racing in Suzuka, central Japan, may also be affected.

The approaching typhoon is spreading fear especially in Chiba, near Tokyo, which was hit by Typhoon Faxai last month and many residents are still recovering from damage to their homes. The typhoon tore many electrical poles and snapped cables, triggering extensive outages that lasted for weeks, contributing to heat strokes and other health problems among elderly people.

East Japan Railway Co. said it may suspend services on most local lines and bullet trains around Tokyo before the typhoon starts hitting the region this weekend.

Japan Airlines and All Nippon Airways said they may have to ground flights as early as Friday depending on the typhoon’s movement, but so far no cancellations were announced.

Japan is regularly hit by Pacific storms, including Faxai in September. Typhoon Jebi flooded a terminal and a runway at Kansai International Airport last year. 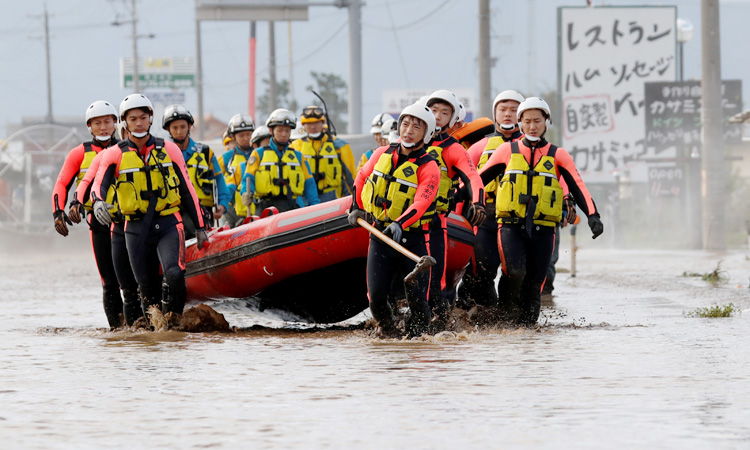 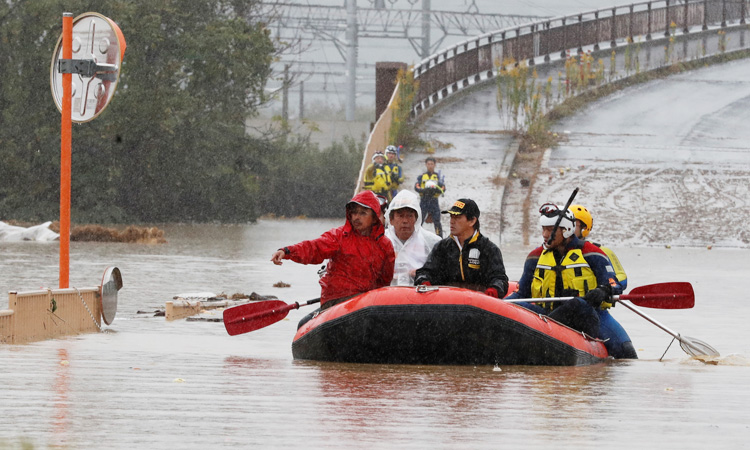 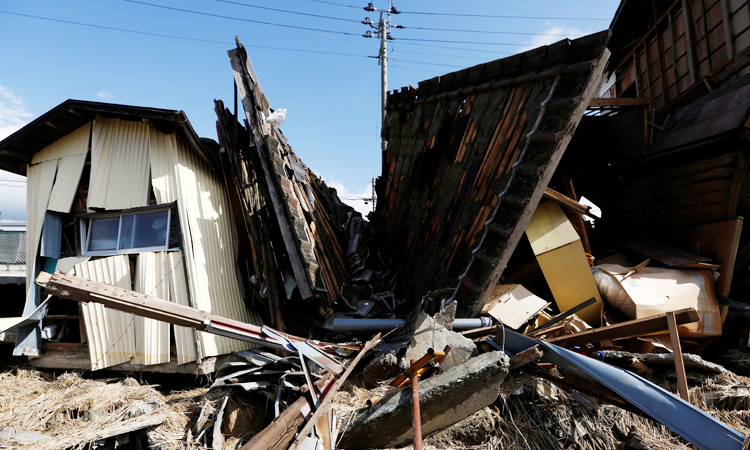