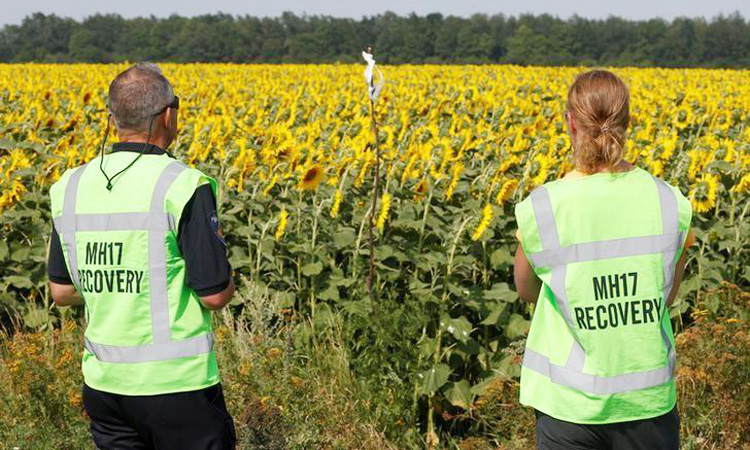 Forensic experts look at a makeshift marker denoting evidence during recovery work at the site of the downed Malaysian airliner MH17 in Ukraine. File photo/Reuters

The airliner was shot down on July 17, 2014, over territory held by pro-Russian separatists in eastern Ukraine as it was flying from Amsterdam to Kuala Lumpur, killing everyone on board.

A Dutch-led investigative team in June charged three Russians and an Ukrainian with murder, though the suspects are likely to be tried in absentia in the Netherlands.

“We will not rest before that court case is closed in a way in which we all can feel and sense that justice has been done,” Netherlands Prime Minister Mark Rutte said during a visit to Australia.

“That could take more years than we like,” Rutte said at a joint press conference with Australian Prime Minister Scott Morrison.

Most of the MH17 passengers were Dutch, but several dozen Australians were also killed.

“We stand shoulder to shoulder and we will continue to pursue justice on this matter for as long as it takes, and we won’t rest,” Morrison said.

The joint investigation team formed by Australia, Belgium, Malaysia, the Netherlands and Ukraine found that the plane was downed by a Russian missile.

International arrest warrants have been issued for the four suspects, but Dutch authorities said Russia has not cooperated with the inquiry and is not expected to surrender defendants.

Russia’s Foreign Ministry has denied that it had not cooperated but said the investigation was intended to damage Moscow’s reputation.

Last year Russian President Vladimir Putin called MH17’s downing a “terrible tragedy” but said Moscow was not to blame and there were other explanations for what happened. 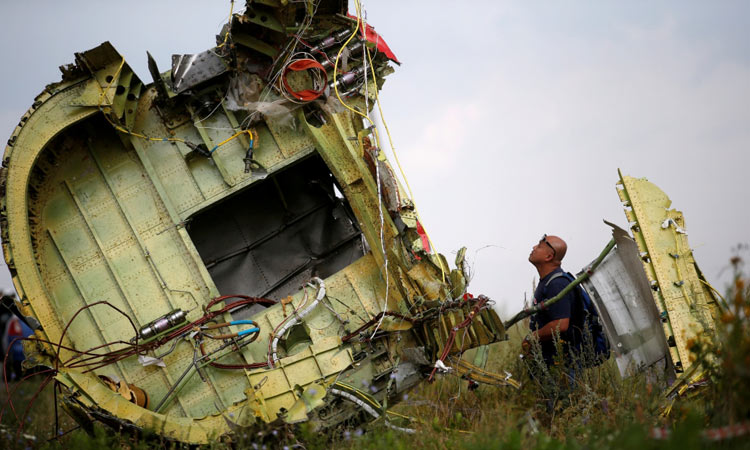 International investigators charged four people with murder over the 2014 shooting down of flight MH17 above rebel-held eastern Ukraine in which 298 people were killed. 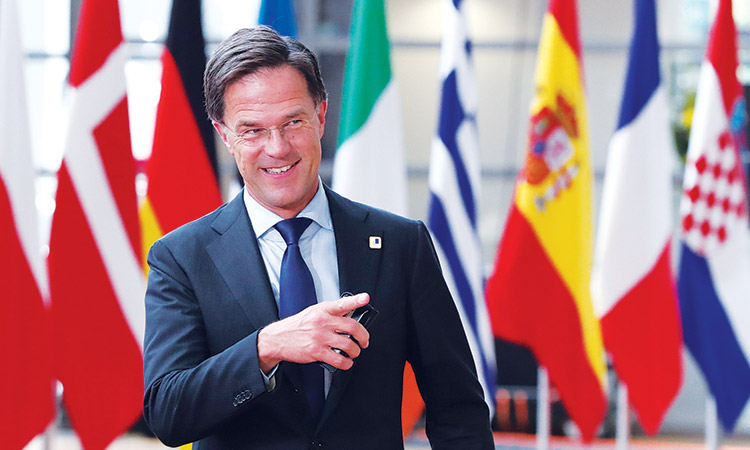