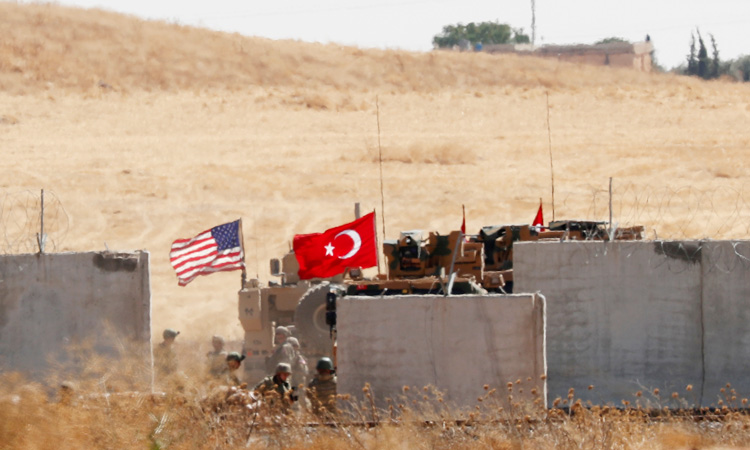 Turkish and US troops return from a joint US-Turkey patrol in northern Syria, as it is pictured from near the Turkish town of Akcakale, Turkey. File photo/Reuters

Turkey said on Tuesday it had completed preparations for a military operation in northeast Syria after the United States began pulling back troops, opening the way for a Turkish attack on Kurdish-led forces long allied to Washington.

But US President Donald Trump warned he would “obliterate” the NATO ally’s economy if it took action in Syria that he considered “off limits” following his decision on Sunday to pull 50 American special forces troops from the border region.

The US withdrawal will leave its Kurdish-led partner forces in Syria vulnerable to an incursion by the Turkish Armed Forces (TSK), which brands them terrorists because of their links to Kurdish militants who have waged a long insurgency inside Turkey. 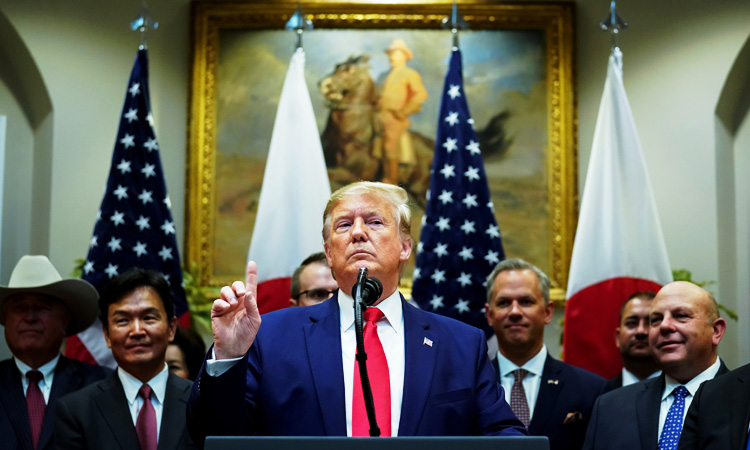 Trump speaks about Turkey and Syria at the White House in Washington on Monday. File photo/Reuters

“The TSK will never tolerate the establishment of a terror corridor on our borders. All preparations for the operation have been completed,” the Turkish Defence Ministry said on Twitter early on Tuesday.

“It is essential to establish a safe zone/peace corridor to contribute to our region’s peace and stability, and for Syrians to achieve a safe life,” it said.

Trump’s warning on Turkey’s economy appeared aimed at placating critics who accused him of abandoning the Syrian Kurds by pulling out US forces. The decision drew criticism from Democrats and a rebuke from some of Trump’s fellow Republicans in Congress, including Senate Majority Leader Mitch McConnell.

“As I have stated strongly before, and just to reiterate, if Turkey does anything that I, in my great and unmatched wisdom, consider to be off limits, I will totally destroy and obliterate the Economy of Turkey (I’ve done before!)” Trump tweeted.

Turkey does not appear “as of now” to have begun its expected incursion into northern Syria, a senior Trump administration official said on Monday.

“Turkey is determined to clear terrorists from the east of the Euphrates and protect its own security and survival while implementing a secure zone in order to achieve peace and stability,” Aksoy said in a written statement.

The Trump administration official, briefing reporters on a conference call, said 50 US troops in the region that Turkey has targeted would be redeployed elsewhere in Syria “where they aren’t in the crossfire.” The United States has about 1,000 troops in Syria.

Turkey’s lira lost 2% of its value against the dollar to hit its weakest level since early September. It stood at 5.8385 early on Tuesday. 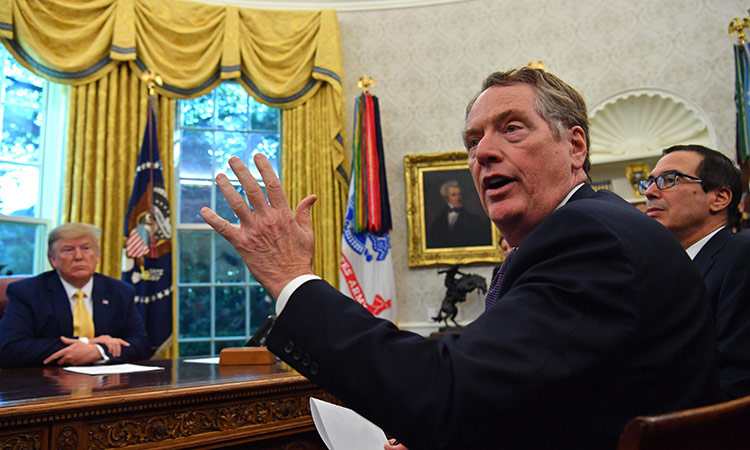 US troops in Syria came under fire from Turkish incursion: Pentagon

The US military confirmed an explosion around 9.00pm (1800 GMT) within a few hundred metres of its post near the town of Kobani, in an area "known by the Turks to have US forces present."