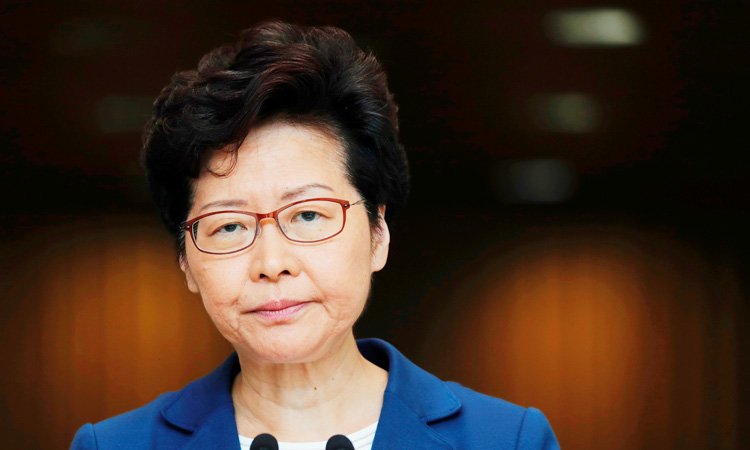 Hong Kong’s embattled leader Carrie Lam said on Tuesday her administration had no plans to use colonial-era emergency powers to introduce new laws, after a long weekend of violent protests saw widespread defiance of a ban on face masks.

Despite the violence, and the first interaction between Chinese troops stationed in the territory and the protesters, Lam said Hong Kong was equipped to handle the situation on its own, as it braced for more demonstrations through the week.

Lam’s comments came as the Asian financial hub got back to work after the weekend, with its metro rail system only partially functioning and authorities warning residents they may have trouble commuting due to widespread vandalism of infrastructure. 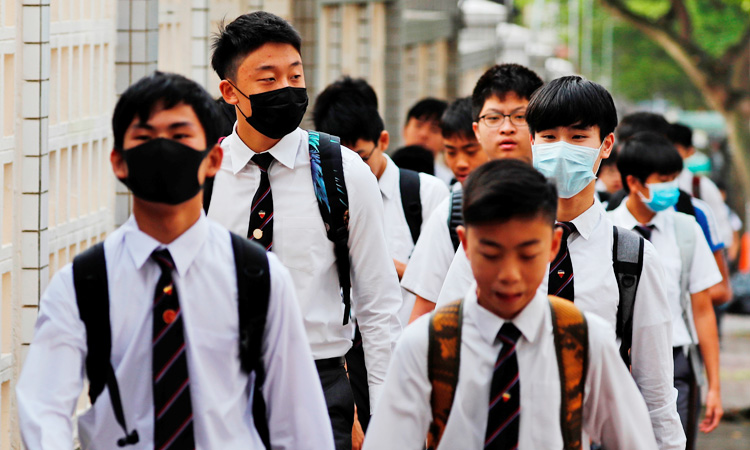 Some students from La Salle College wear masks, which have been banned at protests under emergency powers, as they walk to school in Hong Kong on Tuesday.

Speaking at a weekly news conference, Lam said tourist numbers had fallen sharply and the impact on the city’s third quarter economic data of the protests, which have been going on for about four months, would “surely be very bad.”

She appealed to property developers and landlords to offer relief to retailers whose businesses had been hit.

“For the first six days of October, during the so-called Golden Week holiday, visitors visiting Hong Kong plunged over 50%,” she said. Retail, catering, tourism and hotels had been severely hit, with some 600,000 people affected, she added. 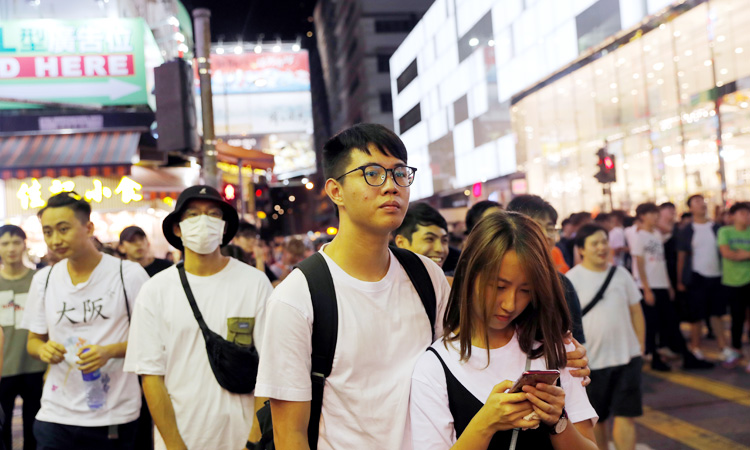 People watch as riot police search for anti-government protesters during a protest in Mong Kok district, Hong Kong on Monday.

The protests, which show no sign of abating, pose the biggest popular challenge to Chinese President Xi Jinping since he came to power in 2012 and are Hong Kong’s thorniest political crisis since Britain returned it to China in 1997.

What started as opposition to a now-withdrawn extradition bill has grown into a pro-democracy movement against what is seen as Beijing’s increasing grip on the city, which protesters say undermines a “one country, two systems” formula promised when Hong Kong returned to Chinese rule in 1997. 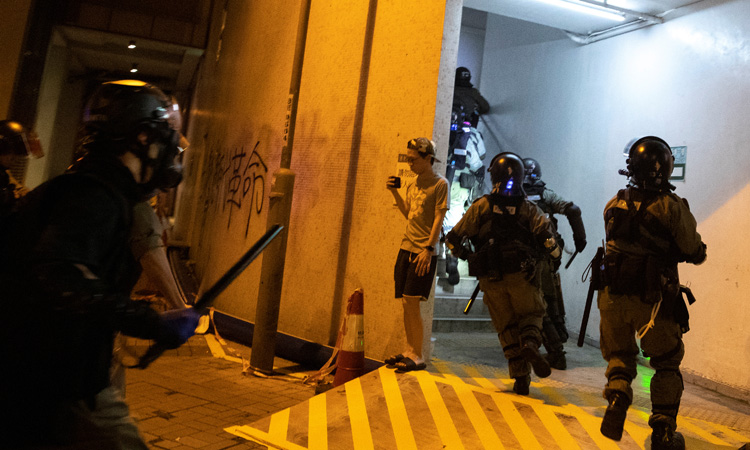 Riot police officers enter inside a residential building during a demonstration in the Tseung Kwan O residential area in Kowloon, Hong Kong on Monday.

US President Donald Trump said on Monday that if anything bad happened in Hong Kong it would be bad for the US-China trade talks.

And an increasing number of US lawmakers voiced anger on Monday over the National Basketball Association’s response to a Houston Rockets official’s tweet backing the protests.

Asked under what circumstances she would call upon Beijing for help to quell the protests, Lam said Hong Kong should be able to find solutions on its own to manage the crisis.

“I cannot tell you categorically now under what circumstances we will do extra things, including ... calling on the central government to help,” she said.

On Sunday, personnel inside a People’s Liberation Army barracks in the territory issued warnings to protesters who had shined laser pointers at the building. It was the first time the Chinese military had engaged with the demonstrators.

On Friday, Lam invoked the emergency powers for the first time in more than 50 years to outlaw face masks, which protesters have used to shield their identities.

But the move inflamed demonstrations over the weekend and thousands took to the streets wearing masks in defiance. Rallies deteriorated into running clashes with police firing tear gas and charging with batons to disperse protesters across the city.

Two teenage protesters have been shot and wounded, one in the chest and the other in the leg, during skirmishes with police in some of the recent violence.

ATMs, Chinese banks and scores of shops were vandalised during protests over the long weekend. Many restaurants and malls closed early over what is typically a very busy holiday period.

Hong Kong’s metro, which carries about 5 million passengers a day, said on Tuesday some stations would not open for service because damaged facilities needed to be repaired. Train service would also end at 8pm (1200 GMT), more than four hours earlier than normal.

MTR Corp was forced to shut down in an unprecedented move after arson attacks on Friday night and only partially operated during the weekend, with protesters again setting stations ablaze and destroying ticketing machines. The closures largely paralysed transportation.

Lam said it was too early to say whether the mask ban would be ineffective and urged youth not to participate in what she called political actions.

The anti-mask law is also applicable in schools and universities, with the Education Bureau asking secondary schools to inform how many students wear masks to school on Tuesday, the first day of classes since the ban was implemented.

Lam, who is due to give a policy address next week, said it would not be the “usual comprehensive” address due to her team’s preoccupation with the situation. She did not elaborate.