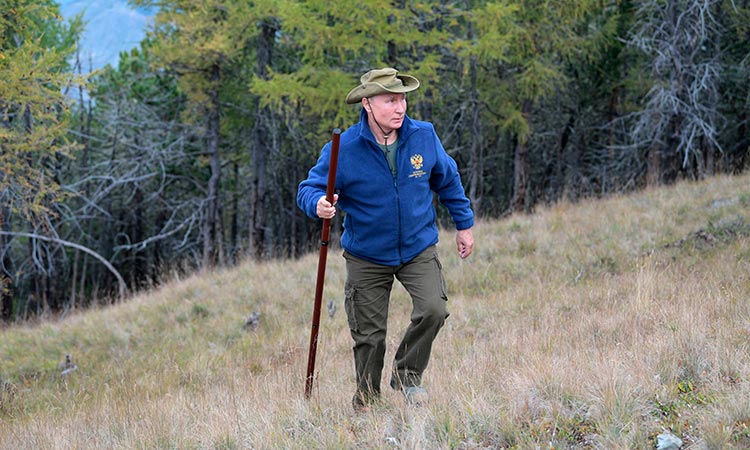 The long-term leader was seen enjoying some of Russia's more peaceful wildlife.

Putin, who has turned 67, spent a mini-break in mountains above the Yenisei River in Siberia at the weekend foraging for wild mushrooms with his defence minister Sergei Shoigu.

Photos and video released by the Kremlin on Monday showed Putin walking forested mountains in the Tuva region that borders Mongolia.

In video footage released by the Kremlin, Putin and Shoigu were shown picking and sniffing mushrooms.

The president was walking in an area of natural beauty in southern Siberia. 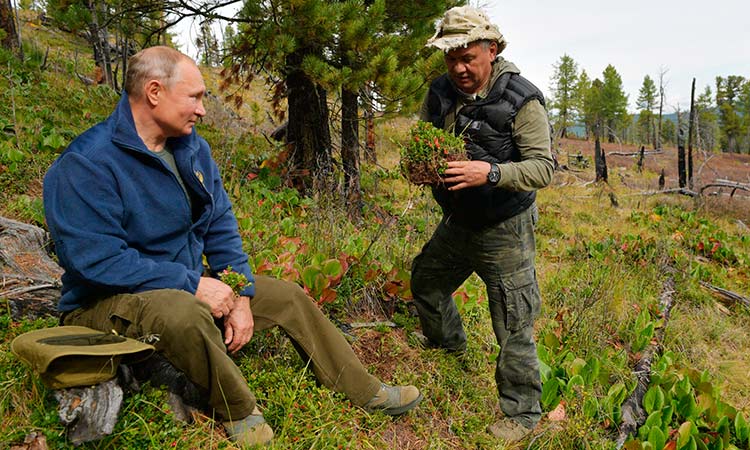 Sounding breathless, he said: "We have climbed up above the clouds," at a height of almost 2,000 metres above sea level.

Putin took the wheel of an all-terrain vehicle through the forest and the pair also hitched a helicopter ride.

In previous action-man escapades Putin has tagged a beluga whale and flown with migrating cranes in a microlight.

While boasting of his love for wildlife and eschewing hunting, unlike many Russian officials, Putin backs drilling for oil in the pristine Arctic and has cast doubt on global warming.

As a nation, Russians are devotees of the "quiet hunt" for mushrooms, which are now in season. The pursuit is celebrated in Russian literature including Leo Tolstoy's "Anna Karenina."