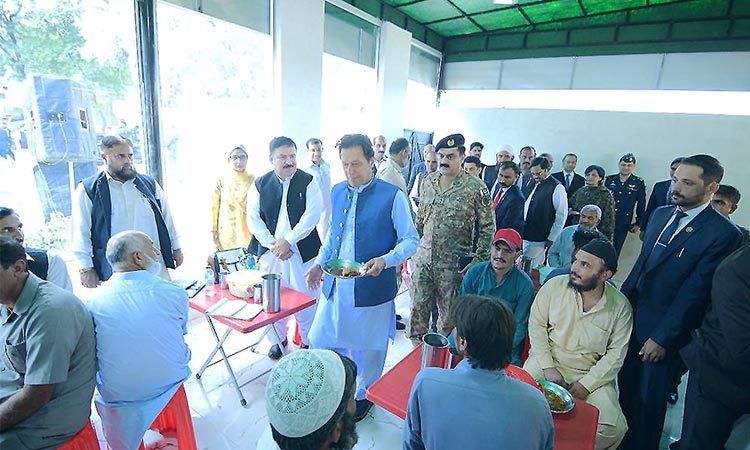 Prime Minister Imran Khan on Monday inaugurated the Ehsaas-Saylani Langar Scheme — one of the projects of the government's Ehsaas Programme that aims to combat hunger throughout Pakistan — in Islamabad. 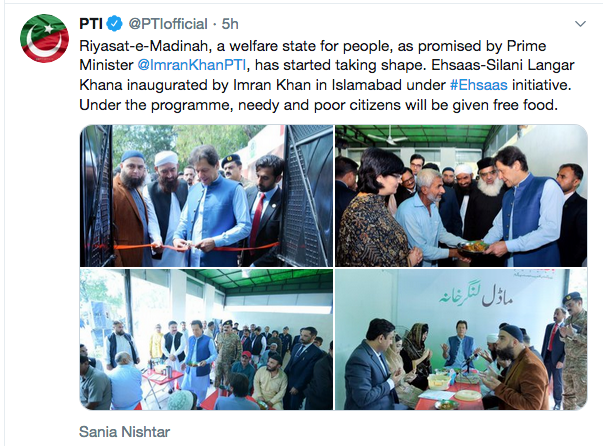 The scheme, which has been launched in coordination with the Saylani Trust, one of Pakistan’s biggest welfare organisations, aims to provide hygienic food to the poor.

Speaking to the media on the occasion, Ehsaas Programme's head Dr Sania Nishtar said that the government intends to open 112 soup kitchens in the first phase of the scheme, which would be completed in a year. The soup kitchens will provide food to 600 people in the capital on daily basis. 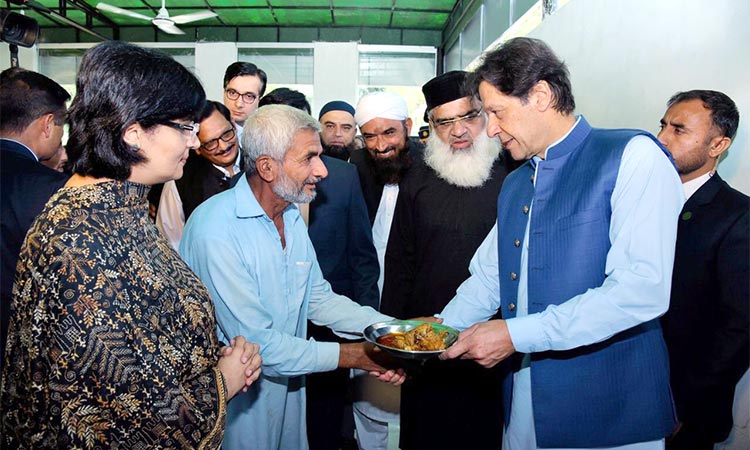 She said that the prime minister had instructed that the food at the soup kitchens must be hygienic and provided to people in ample proportions "with respect."

"The prime minister has instructed that no person should go to bed hungry. This Ehsaas Langar programme has been launched in accordance with his wishes," she said.

"As you know that this is a huge task and the government cannot do this alone. So we are signing an agreement with Saylani Trust welfare organisation, that enjoys a very good reputation, and together we will open 112 Ehsaas Saylani Langar Khaney all over the country. The prime minister has approved this. "You will be happy to know that this soup kitchen has been established within 10 days and we are positive that we will be able to open 112 soup kitchens within a short period of time." 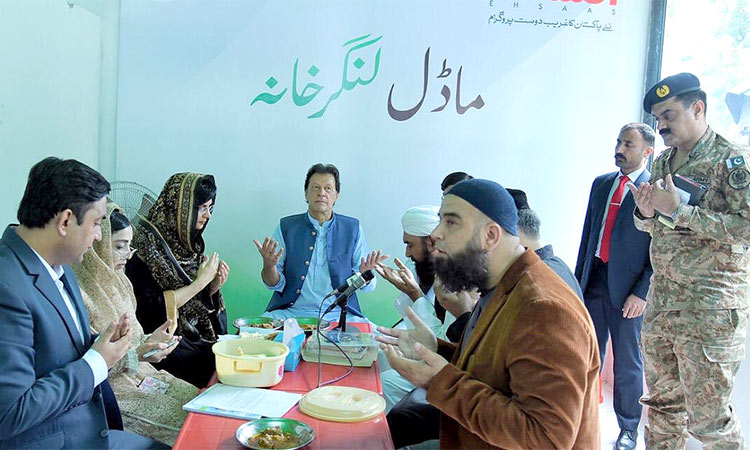 Dr Nishtar said that the prime minister wanted every person in the country to sleep well-fed and under a shelter. She recalled that the premier had ordered the launch of "panagahs" (shelters) for the homeless, that have now been opened across the country and now the government was establishing soup kitchens to feed the poor as well. 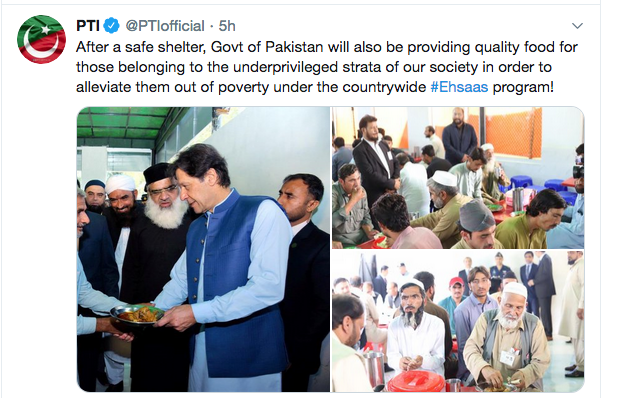 The founder of Saylani Trust, Maulana Bashir Farooq Qadri, also spoke on the occasion and lauded the prime minister "for thinking about the poor and deprived" section of the society. He said that prime minister's vision was that of the State of Madina.

The premier congratulated Dr Nishtar as well as the Saylani Trust for initiating the programme and said that none of the previous administrations had spent on welfare as much as his own government. 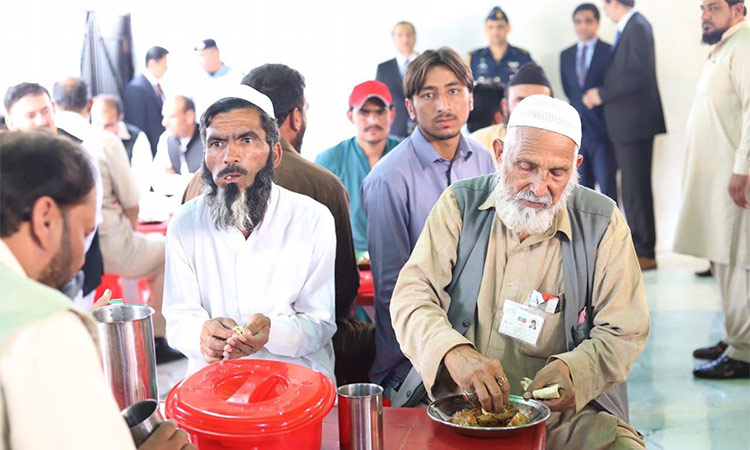 He repeated his ambition to build a welfare state, based on the model of the state of Madina, where the poor section of the society will be uplifted. He said that the government was striving to create opportunities for the business community in order to generate wealth that can be spent on people. He emphasised, however, that change would take time.