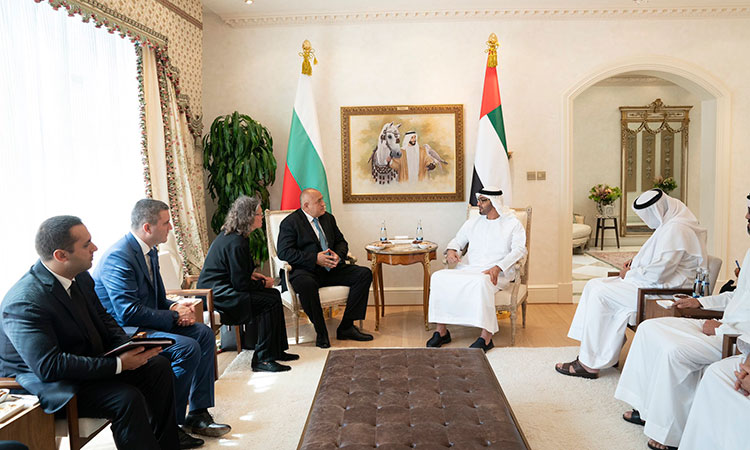 This came as Sheikh Mohamed received the Bulgarian premier at Qasr Al Bahr on Sunday, with the Abu Dhabi Crown Prince underlining the UAE's keenness to supporting friendly countries in their drive toward ensuring sustainable development, peace and prosperity for their peoples.

Sheikh Mohamed hailed the steady progress in relations between the two countries, which, he said, are based on mutual trust, respect and wiliness to develop them to the best interest of their peoples.

The two countries have all the potential to advance their relations to a higher level, he added.

The Bulgarian premier expressed his country's keenness to bolster cooperation with the UAE across all fronts, saying his current visit is aimed to accelerating bilateral relations.