Calm in Iraqi capital after bloody night of protests - GulfToday

Calm in Iraqi capital after bloody night of protests 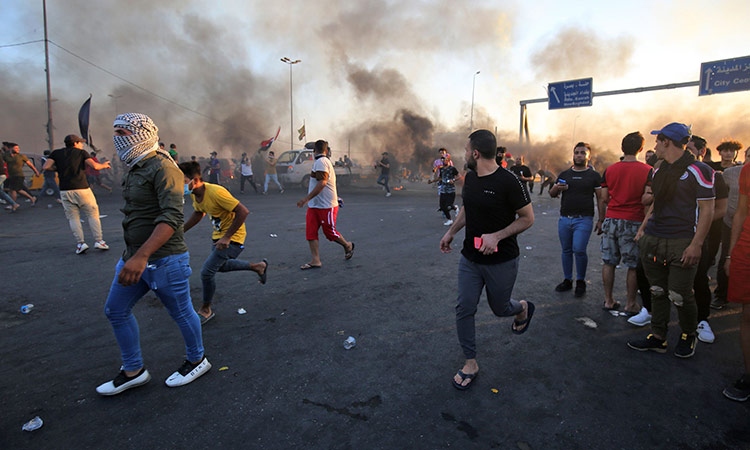 Smoke rises from burning tyres during as Iraqis demonstrate against state corruption in Baghdad. AFP

Calm has prevailed in the Iraqi capital following a bloody night when at least 19 people were killed as security forces opened fire to break up anti-government protests.

Students made it to schools at the start of the working week early on Sunday and government employees returned to work. But the capital's streets were mostly quiet and traffic thin. Burnt tires and debris littered thoroughfares while security remained heavily deployed in many neighborhoods.

Armored vehicles blocked access to Tahrir square from as far as four kilometers (2.5 miles.) Protesters have been trying to converge on the central square.

At least 84 protesters were killed, most of them in Baghdad, since Tuesday when demonstrators initiated rallies to demand jobs, improvements to services and an end to corruption in the oil-rich nation.