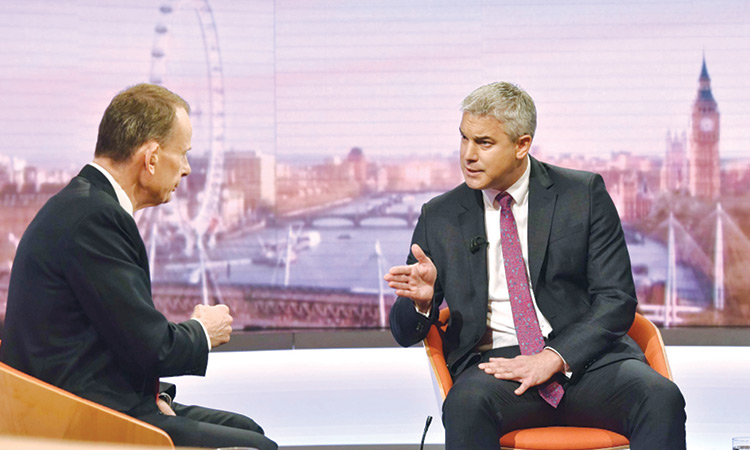 Barclay reiterated Prime Minister Boris Johnson’s latest plans for a managed withdrawal from the bloc on Oct.31 were “a broad landing zone” ahead of “intense negotiations in the coming days.”

“We need to get into the intensive negotiations... to clarify what the deal is,” Barclay told the BBC.

“We’ve set out very serious proposals including compromise on our side.

“We now need to see creativity and flexibility on the EU side in order to reach that deal.” However, the European Union have reacted tepidly to the plans and urged London to offer a revised, viable way forward.

The two sides will resume crunch talks on Monday, with time running out ahead of a crucial EU summit on Oct.17-18.

“If the offer from the UK turns out to be a take-it-or-leave-it, it’s going to be very difficult I see in agreeing,” Latvian Prime Minister Krisjanis Karins told the BBC on Sunday.

“It’s fully dependent on the will of Johnson because from the European side, we’re always open and looking towards a deal.”

The British proposals submitted to Brussels on Wednesday centre on how to manage the post-Brexit border between British province Northern Ireland and EU member Ireland.

Johnson wants Northern Ireland’s devolved assembly − which has been suspended for almost three years − to vote every four years on whether to maintain EU rather than British regulations there.

He has also proposed the province leaves the EU’s customs union along with the rest of Britain, with required checks to rely on untried technology and carried out away from the sensitive border.

Brussels has said the plans “do not provide a basis for concluding an agreement.”

It sees the potential for rampant smuggling while Ireland is concerned hardline Northern Irish unionists would have an effective veto.

Barclay hinted that Britain could be willing to consider alternatives to the role of Northern Irish assembly to break the deadlock.

“We can obviously... discuss that mechanism, but the key issue is the principle of consent to any regulatory zone,” he said.

Similarly on the thorny issue of customs, the Brexit Secretary struck a conciliatory note.

“In the detail of the negotiations, of course we can get into the detail as to how operationally they work, what legal certainty is required,” he said.

Barclay will travel to Amsterdam later Sunday for Brexit talks while Johnson has been phoning European leaders this weekend to sell his plans.

In identical articles for two Brexit-backing British tabloids, Johnson called for EU flexibility and reiterated that the country will leave the bloc later this month with or without a deal.

“They should be under no illusions or misapprehensions,” he wrote in the Sunday Express.

“There will be no more dither or delay. On Oct.31 we are going to get Brexit done.”

On Saturday Johnson started phoning his EU counterparts to sell his proposals for a managed withdrawal from the bloc, after the latest plans were given short shrift by Brussels.

That high-stakes European Council meeting will determine whether Britain is headed for an agreement, extension, or potentially disastrous no-deal.

Finnish Prime Minister Antti Rinne − whose country currently holds the European Union’s rotating presidency − said he had told Johnson it was “important to find a solution within a week” and the British leader “agreed with the timetable.”

Dutch Premier Mark Rutte tweeted he had told Johnson “important questions remain about the British proposals” and “there is a lot of work to be done ahead” of the summit.

Johnson was expected to also call the leaders of other EU countries after talks broke up without progress Friday between a top UK Brexit official, David Frost, and the EU team headed by top negotiator Michel Barnier. 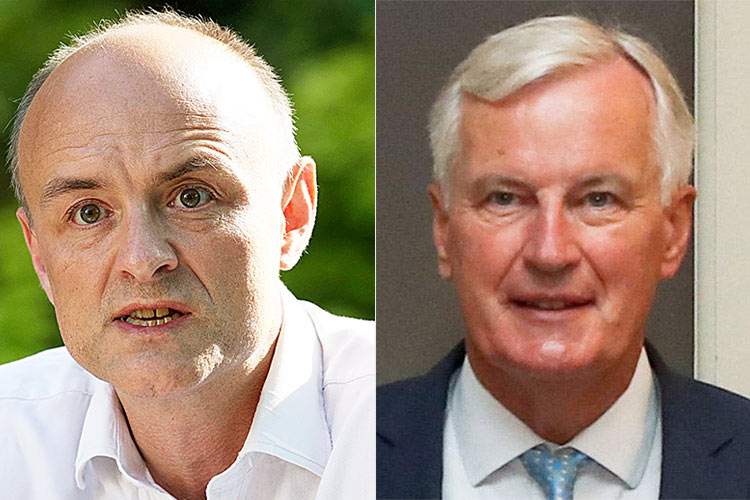 No progress, then, in the latest round of Brexit talks, with both sides blaming the other.