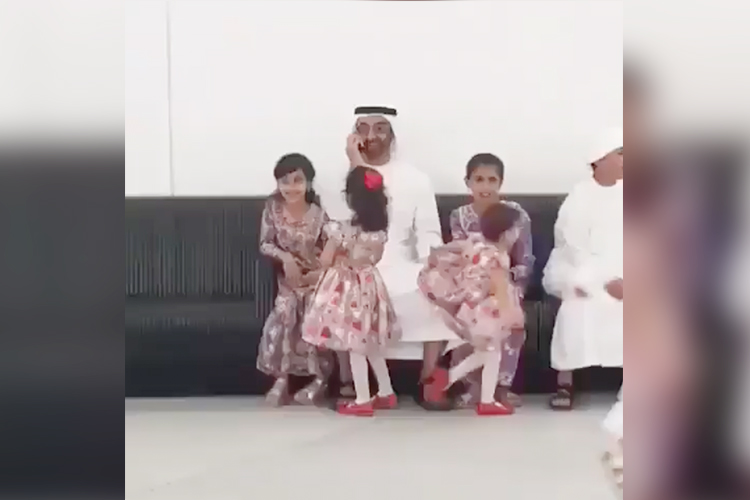 The location of the video is not known, though it appears to be Abu Dhabi.

The UAE Rulers and royals are known for their humble and down to earth approach. The Abu Dhabi Crown regularly visits citizens and residents in the suburbs to know their needs and requirements.

Recently, under the directives of President His Highness Sheikh Khalifa Bin Zayed Al Nahyan, Sheikh Mohamed Bin Zayed ordered for the exemption of 211 citizens from the repayment of housing loans in Abu Dhabi, with a total value of Dhs208 million, to achieve family stability and ensure the best standard of living for citizens.

In line with the leadership’s approach to following up on citizens’ conditions and ensuring the fulfilment of their needs; these exemptions aim to relieve citizens’ social burdens, especially those with low income.

Al Suwaidi added that citizens are top priority of the leadership, who support them in all aspects of life and ensure social stability for them and their families.