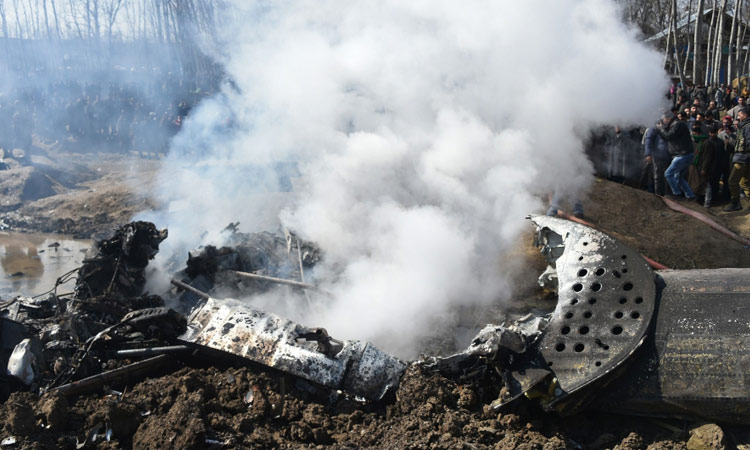 Smokes billows from the remains of an Indian Air Force helicopter after it crashed in Budgam district, on the outskirts of Srinagar. File

In an admission that may embarrass the union government, the new Indian Air Force (IAF) chief Rakesh Kumar Singh Bhadauria accepted on Friday that shooting down the Indian chopper in Jammu and Kashmir earlier this year was a "big mistake."

An Mi17 V5 chopper was shot down at Budgam near Srinagar on Feb.27. It was just a day after the Indian Air Force (IAF) fighters went deep inside Pakistani territory and bombed a terror camp at Balakot following the terror attack on CRPF convoy killing 40 troopers.

The chopper downing led to the death of six IAF personnel and a civilian.

"It was a big mistake on our part. We accept it," the new air chief said. 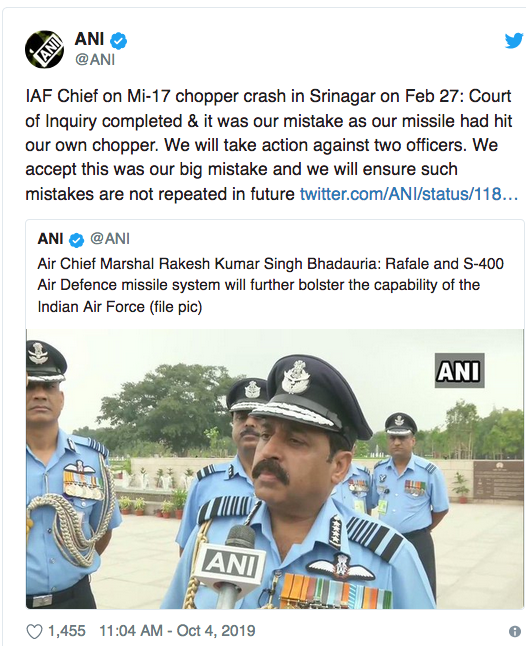 The IAF boss added a Court of inquiry that was initiated, and was completed last week, has established lapses and mistakes by officials.

"We are extremely sorry. It was a big blunder," Bhadauria said.

"Our missile hit (the helicopter). This has been established. Administrative action and disciplinary action is being taken. Necessary steps are being taken so such incidents don't repeat. Those killed will be considered battle casualties," he added.

Earlier, recently retired former IAF chief BS Dhanoa had also said that the Air Force needs to learn lessons on what happened, how did it happen and if mistakes were made need to make sure it does not happen again.

A court of inquiry found the chopper was brought down by friendly fire emanating from the Spyder air defence missile system which was located at the Srinagar airbase.

The inquiry also found that the officers who handled the air defence system mistook the helicopter for an incoming missile. The helicopter crashed just 10 minutes after it took off. The chopper broke in two parts and caught fire.

The incident took place in the aftermath of heightened tension followed by heavy shelling between India and Pakistan following the Balakot strike. The Balakot attack was India's response to the Pulwama attack on Feb.14.