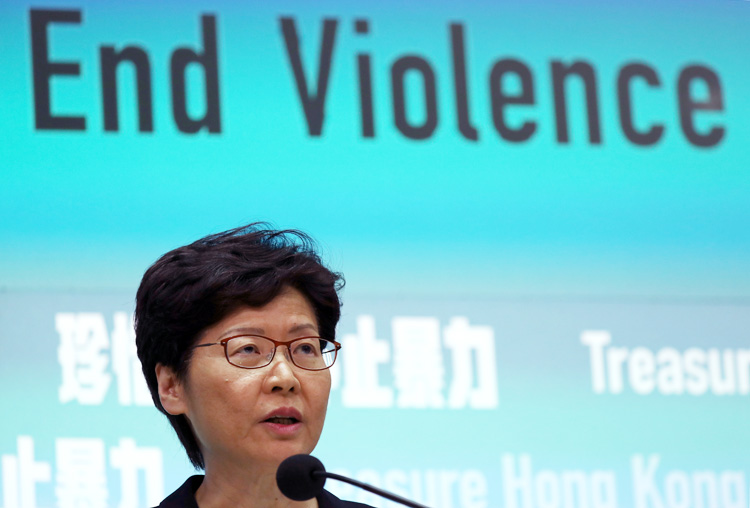 Hong Kong’s embattled leader Carrie Lam on Friday invoked colonial-era emergency powers for the first time in more than 50 years in a dramatic move intended to quell escalating violence in the Chinese-ruled city.

Lam, speaking at a news conference, said a ban on face masks would take effect on Saturday under the emergency laws that allow authorities to “make any regulations whatsoever” in whatever they deem to be in the public interest.

Many protesters wear masks to hide their identity due to fears employers could face pressure to take action against them. 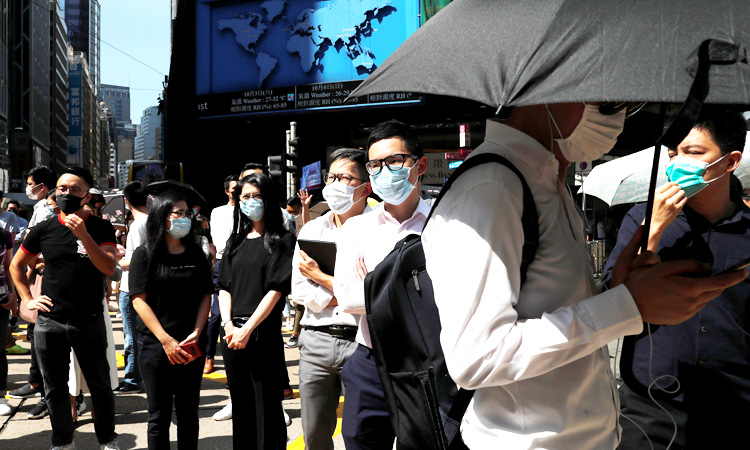 It was not clear how the government would implement the mask ban in a city where many of its 7.4 million residents wear them every day to protect against infection following the outbreak of the deadly Severe Acute Respiratory Syndrome (SARS) in 2003.

Four months of anti-government protests have plunged the former British colony into its biggest political crisis since its handover to Beijing in 1997 and have created a serious challenge to Chinese leader Xi Jinping.

Violence escalated on Tuesday, the 70th anniversary of the founding of the People’s Republic of China, when police fired about 1,800 volleys of tear gas, 900 rubber bullets and six live bullets - one of which hit an 18-year-old.

The student, Tony Tsang, was shot at close range as he fought an officer with what appeared to be a white pole. He has been charged with rioting, which carries a maximum 10-year sentence, and assaulting an officer. Tsang is in stable condition in hospital.

The shooting enraged protesters who rampaged across the city, throwing petrol bombs, blocking roads and starting fires as police responded with tear gas.

Even before the new rules were confirmed, protests against them began across the Asian financial hub, with hundreds of office workers wearing masks gathering to march. “Police brutality is becoming more serious and the set up of an anti-mask law is to threaten us from protesting,” said one protester, who asked to be identified as just Chan, a 27-year-old financial industry worker.

Pro-Beijing groups had been pushing for legislation to ban face masks at demonstrations.

The protesters are angry about what they see as creeping interference by Beijing in their city’s affairs despite a promise of autonomy in the “one country, two systems” formula under which Hong Kong returned to China in 1997.

China dismisses accusations it is meddling and has accused foreign governments, including the United States and Britain, of stirring up anti-China sentiment.

What began as opposition to a proposed extradition law, that could have seen people sent for trial in mainland courts, has grown into a call for five demands, including universal suffrage and an inquiry into alleged police brutality.

The protests have been inflamed by the police shooting of a teenaged secondary school student on Tuesday during a clash, and more rallies are expected later in the evening and over the weekend.

Authorities have already loosened guidelines on the use of force by police, according to documents seen by Reuters.