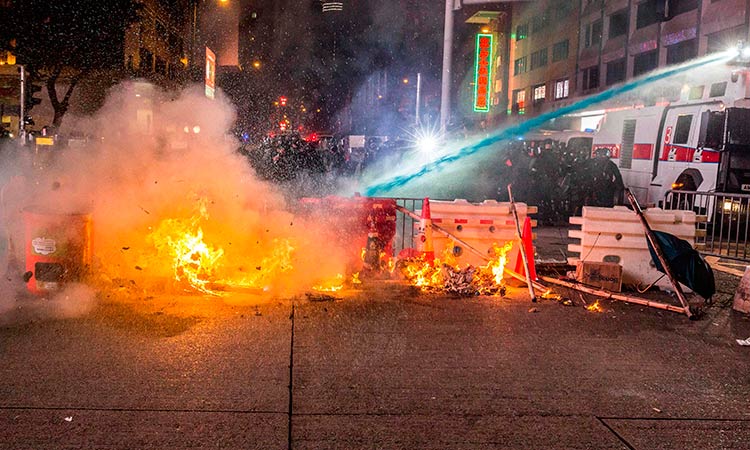 A water cannon (right) is used to put out a fire (centre) during clashes with police in Hong Kong on Sunday. AFP

Hong Kong pro-democracy protests on Tuesday to mark the 70th anniversary of communist China's founding on Tuesday will be "very, very dangerous", police in the city warned on Monday.