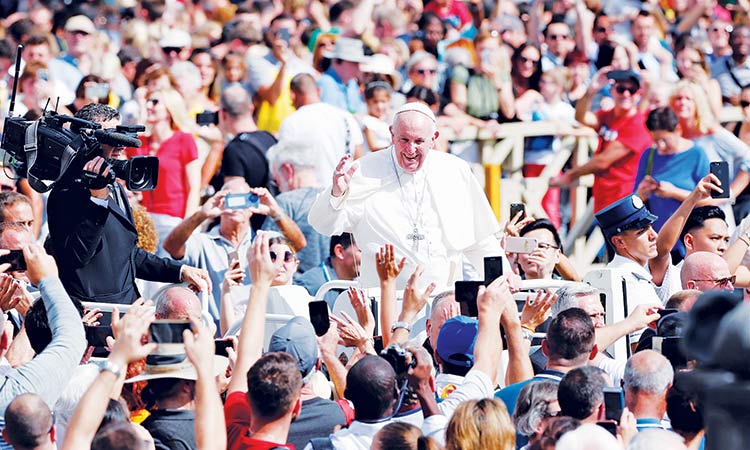 Pope Francis leaves after a Mass for the World Day of Migrants and Refugees at the Vatican on Sunday. Reuters

Pope Francis on Sunday decried “the culture of comfort” that leads to indifference in the face of a global migration and refugee crisis.

The pope who has made caring for migrants a hallmark of his papacy spoke during a Mass for the World Day for Migrants and Refugees.

“We cannot be indifferent to the tragedy of old and new forms of poverty, to the bleak isolation, contempt and discrimination experienced by those who do not belong to ‘our group,’” Francis said. “We cannot remain insensitive, our hearts deadened, before the misery of so many innocent people. We must not fail to weep. We must not fail to respond.”

The pontiff has often spoken of the need to be welcoming to migrants, travelling to the Italian island of Lampedusa in 2013 on his first trip as pope to comfort refugees. His message found political resistance in Italy’s previous populist government, during which the former hardline interior minister, Matteo Salvini, campaigned to prevent the arrival in Italy of migrants rescued at sea by humanitarian groups.

During his homily on Sunday, the pope also noted the weapons that fuel wars are often produced and sold in other regions “which are then unwilling to take in the refugees generated buy these conflicts.”

Many migrants and refugees from conflicts throughout the world attended the Mass in St. Peter’s Square, which closed with the unveiling of a bronze statue by Canadian artist Timothy Schmalz depicting migrants packed on a boat.

“This statue depicts a group of migrants from various cultures and over different historic periods. I wanted this artistic work here in St. Peter’s Square to remind everyone of the evangelical challenge of hospitality,” Francis said.

During the Mass, a multiethnic chorus sang and the incense burned came from a refugee camp in southern Ethiopia, where refugees are rekindling a 600-year-old tradition of collecting incense. The Vatican said the incense “reminds us that refugees can also thrive, not just survive.”

Meanwhile, the UN refugee agency said Libya’s coast guard has rescued about 70 Europe-bound migrants after days in distress in the Mediterranean Sea.

UNHCR said on Sunday the people have disembarked back in Libya.

The previous day, it said a boat carrying at least 50 migrants capsized in the Mediterranean.

Alarm Phone, an independent support group for people crossing the Mediterranean, said on Saturday a second boat for migrants was in distress, with “about 56 lives at risk.”

Libya became a major conduit for African migrants and refugees fleeing to Europe after the uprising that toppled and killed Muammar Qadhafi in 2011.

Also during the day, Greek police said a speeding car carrying 12 Afghan migrants ran through a red light and crashed into a vehicle coming from a side street, killing its driver, a 64-year-old Greek man.

Police said one migrant was seriously injured and three others were slightly injured in the accident on Sunday morning on the old Kavala-Thessaloniki road in northern Greece. Some of the migrants were found in the sedan’s trunk.

The driver of the car with the migrants has been arrested.

Police said he is a 25-year-old Moldovan trafficker who was taking migrants towards the Greek city of Thessaloniki, 22 kilometres to the west.

When asked by the media whether the trafficker’s car was being pursued, a police spokesman said no. But other police sources said the car might have been monitored by authorities in an unmarked vehicle. All spoke on condition of anonymity because the case is ongoing.

On Saturday, local authorities said seven Moroccan migrants have died after their rubber boat capsized off the country’s Atlantic coast.

Authorities said the bodies of six men and a woman were found off Ain Harouda, just northeast of Casablanca.

Three other people were found unconscious and taken to a hospital.

Search operations continue. An investigation has been opened to determine the cause of the accident. 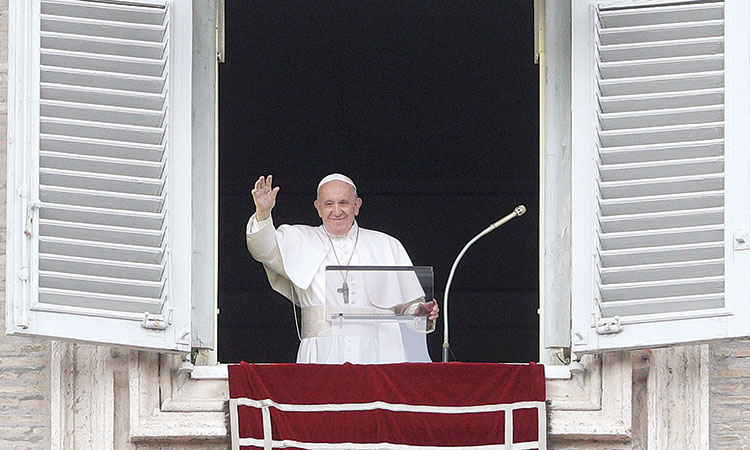 An Italian coastguard vessel stranded in the Mediterranean with more than 130 migrants aboard has been allowed to dock in the eastern Sicilian port of Augusta but Rome on Sunday refused to let them disembark until a deal is struck with the EU.