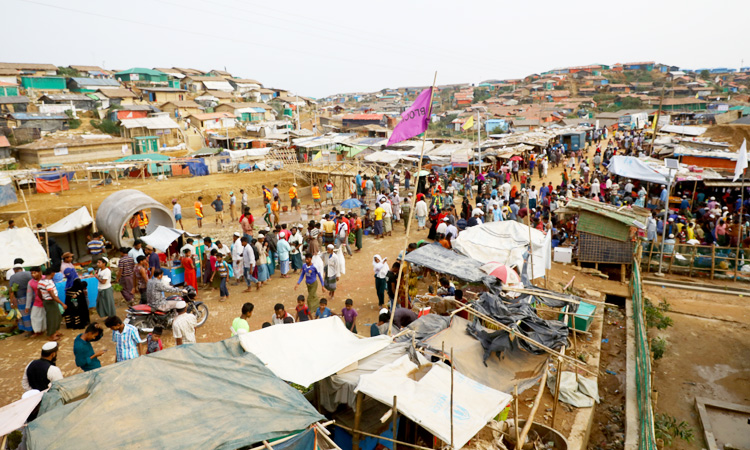 Two Rohingya refugees were killed in a gun battle with Bangladeshi border guards as they tried to cross into Bangladesh from Myanmar on Friday, officials said.

More than 730,000 Rohingya refugees live in Bangladesh, having fled persecution in neighbouring Myanmar where security forces are accused of carrying out killings, gang rape and arson in a crackdown after attacks on police posts by Rohingya insurgents in August 2017.

Bangladesh is hosting refugees in cramped conditions in camps in the border district of Cox’s Bazar, but wants to move them to a remote island in the Bay of Bengal, citing monsoons and an increasingly deteriorating law and order situation fueled by drug smuggling. 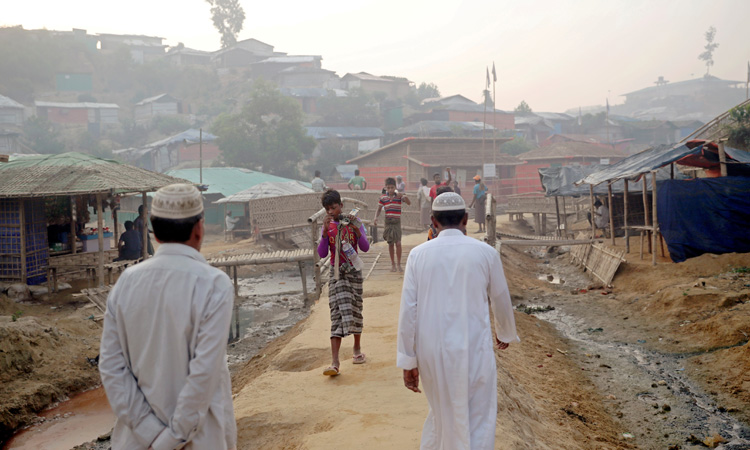 Rohingya refugees walk on a road at the Balukhali camp in Cox’s Bazar, Bangladesh.

Mohammad Faisal Hasan Khan, the commanding officer of the Border Guard Bangladesh (BGB) in the Teknaf sub-district of Cox’s Bazar, said that in early hours on Friday a group of Rohingya were crossing a river on the border by boat when border guards challenged them and asked them to surrender.

“But instead of surrendering they responded with fire arms,” Hasan said.

“When attack and counter attack stopped the BGB members went to the spot and found two Rohingya laid down on the ground with bullet (wounds),” he told Reuters.

They were pronounced dead on arrival at a local hospital. The BGB said it recovered 70,000 methamphetamine tablets, known locally as Yaba, along with a rifle and bullets, from the bodies.

Iqbal Hossain, additional police superintendent in the Cox’s Bazar district, said that 44 Rohingya have been killed in gunfights with law enforcement agencies from January to date.

“All of them were engaged with drug peddling, robbery, human trafficking and arms trade,” Hossain told Reuters.

“In recent months a section of Rohingya are getting involved in crimes and out of them some were killed in gunfights with law enforcement agencies.”

“We don’t support any criminal activities, but we cannot accept such killing. We demand thorough investigations of all such killings,” said Syed Ullah, general secretary of Arakan Rohingya Society for Peace and Human Rights of Kutupalong camp in Teknaf.

“Rohingyas can not do it without the support and help from local people.” 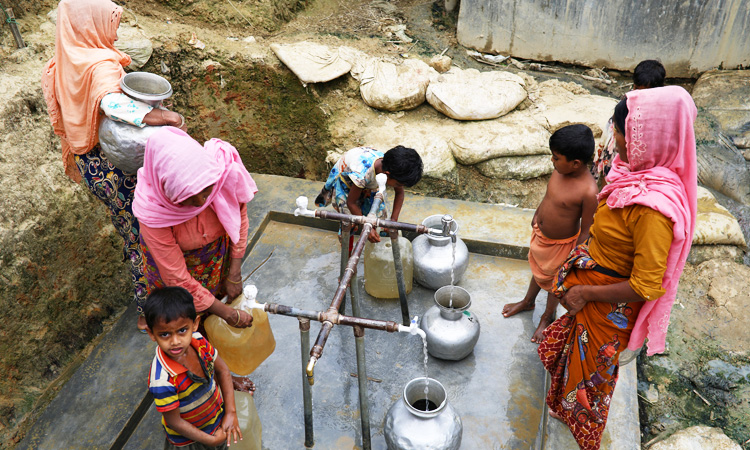 Dhaka has long wanted to move 100,000 refugees to the muddy silt islet, saying it would take pressure off the overcrowded border camps where almost a million Rohingya live.