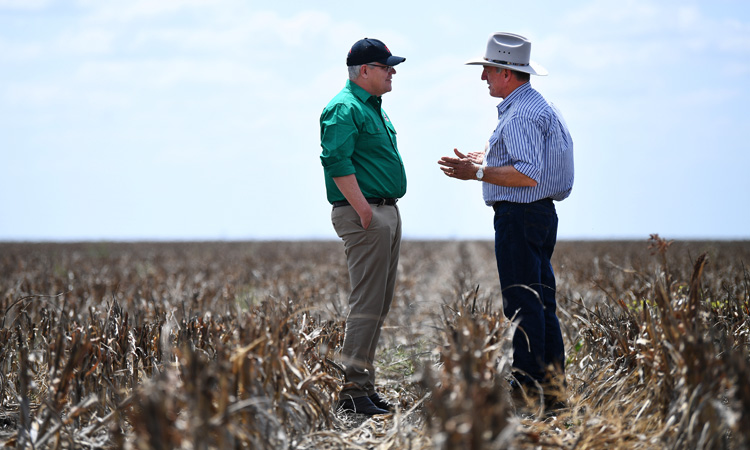 Australia will set aside an additional A$100 million ($68 million) to support drought-stricken farmers as continued dry weather threatens business for many growers, Prime Minister Scott Morrison said on Friday.

Australia’s east coast will swelter for at least three more months and the country will experience hotter-than-normal conditions, putting the chance of exceeding average temperatures at 80% over the period, its weather bureau has said.

The forecast is a blow for the rural sector given the east coast accounts for about a third of its wheat output, the country’s most lucrative agricultural product.

Australia is among the world’s top 10 exporters of the grain, typically contributing about 2% to GDP.

In addition to setting aside more funds to prop up the industry, Morrison said his government will also lower eligibility standards so more farmers can get access to the previously committed A$7 billion in aid.

“This isn’t welfare. This is really just helping people make sure that they can maintain viability,” Morrison told reporters in Dalby, 208 km (129 miles) west of Brisbane - the state capital of Queensland.

“These are important assets for our country, our farming assets, lands they can remain productive so they can stay on the land is important to Australia.”

Morrison said A$33 million, from the A$100 million, will be set aside to provide cash-strapped farmers, contractors and families with emergency payments of up to A$3,000 each.

The government estimates there are about 24,000 farmers who would qualify for the payments.

Another A$50 million will be allocated to expand a scheme that pays drought-stricken farmers income support every fortnight.

Morrison said the remaining capital will be used to expand services such as mental health counselling.