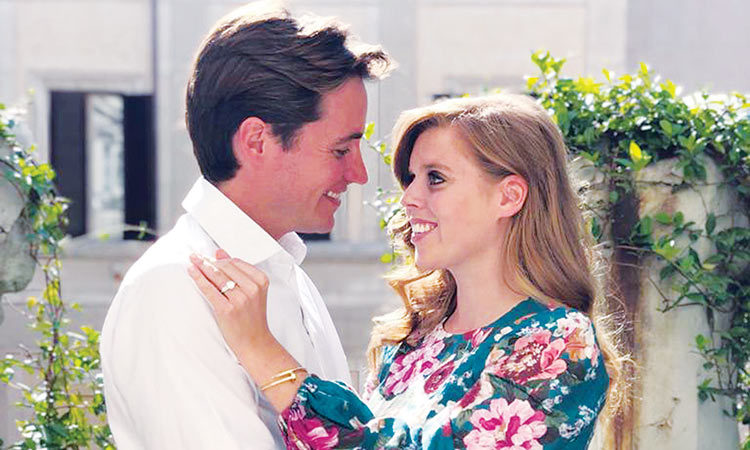 “Her Royal Highness and Mapelli Mozzi became engaged while away for the weekend in Italy earlier this month,” Buckingham Palace said.

The wedding will take place next year.

Beatrice, ninth in line to the throne, is a grand-daughter of Queen Elizabeth and the cousin of Princes William and Harry.

Her parents, the Duke and Duchess of York, divorced in 1996. The duke, Prince Andrew, is the Queen’s third child.

Andrew has made headlines in recent weeks over his friendship with US financier Jeffrey Epstein, who committed suicide in a Manhattan jail cell in August while being held on sex-trafficking charges.

Andrew has said he never saw or suspected any sex crimes during the time he spent with Epstein at his different properties.

Beatrice, 31, works for Washington-based data and software company Afiniti and divides her time between London and New York.

She became the first member of the British royal family to have completed the London marathon when she ran in 2010.

The following year she attracted much media attention for the distinctive pink fascinator she wore to the wedding of Prince William to Kate Middleton. The headgear later raised a reported £81,000 ($100,000) for charity at an online auction.

The couple made their first public appearance together in March this year at a National Portrait Gallery gala in London.

They said in a statement: “We are extremely happy to be able to share the news of our recent engagement.

“We are both so excited to be embarking on this life adventure together and can’t wait to be married. We share so many similar interests and values and we know this will stand us in great stead for the years ahead, full of love and happiness.”

Prince Andrew and his ex-wife also sent their best wishes. “We are thrilled that Beatrice and Edoardo have got engaged, having watched their relationship develop with pride,” they said.

The groom’s parents, Nikki Williams and Alessandro Mapelli Mozzi, said their family had known Beatrice for most of her life. “Edo and Beatrice are made for each other,” they added in a statement.

The groom, 35, has a young son called Wolfie from a previous relationship.